The Children of Divorce: How Divorce Influences Our Relationships 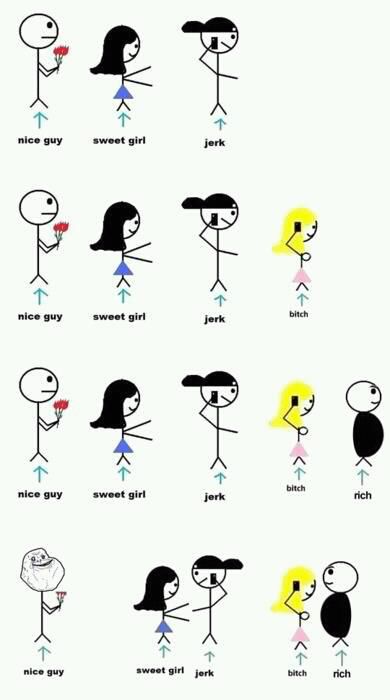 A while back, I asked my Twitter followers a simple question: @WisdomIsMisery: if your significant other is a product of divorced parents, do you take this into consideration when dating them?

Now before I get into the general theme of the responses, I’ll share my motivation for asking the question. I take into consideration whether my significant other’s parents have divorced. If I’m privy to the information, I also factor in when their parents married, how long they’ve been married, and how happy they appear to be together in their marriage. None of these answers are a deal breaker but it is something I keep in the back of my mind.

Some people find this weird. I find it weird that some people find it weird. For a country that spends billions of dollars following the successes and failures of celebrity couples, whom we do not know behind the manufactured headlines of entertainment magazines, it seems strange that people balk at the idea of considering the effects our own parents have had/will have on our relationships. After all, they only had 18 years to influence us. On the other hand, Kobe’s wife leaves him and we have hundreds of blogs discussing infidelity and if women are entitled to the amount of money Vanessa Bryant acquired, even though she wasn’t with him shootin in the gym. But heavens to Betsy if we do something as crazy as focus on our own upbringing to assess the effect it will have on our lives. – #Sarcasm

The risk of divorce is 50 percent higher when one spouse comes from a divorced home, and 200 percent higher risk when both of them do, says Nicholas Wolfinger, a professor of family and consumer studies at the University of Utah and author of “Understanding the Divorce Cycle: The Children of Divorce in Their Own Marriages.” – CNN

Getting back to the original question, as expected, most people didn’t want the success or failure of thier parents’ marriage to act as a prerequisite for estimating their future marital success. Also worth noting was how much more vocal children of divorce were in expressing their views on the issue. That is fine and I understand where you’re coming from. However, while I understand how a person whose parents divorced would not want the dissolution of their parents marriage held against them, they must also understand that they cannot dictate the terms of how other people judge them.

Many argued that their parents do not define them, and while I agree, I do believe our parents have a varying degree of influence on our future, positive or negative, whether we like it or not. Of course we should not be punished for the sins of our parents. But, it is our parents sins which often have the greatest influence on our own actions.

Many people use the excuse that since divorce rates are so high, they shouldn’t get married. This is a poor excuse. As @Yo_Q_Crush pointed out, this excuse is not cited in other relative analogies: You don’t drop out of High School because High School dropout rates are high. You didn’t refuse to go to college because the rates of college graduates is low. You don’t refuse to drive your car despite the chance you might die in a car wreck. There are a million other similar analogies, yet marriage is the only one where we use divorce as an excuse not to marry. Further, even if the divorce rate is 50% that means 50% of marriages are successful. Why focus on the rate of failure rather than the rate of success, unless you of course consider yourself someone prone to failure. If you don’t want to get married, that’s fine but recognize it’s your own choice or at least don’t use a convenient excuse like “divorce rates are high” when it really has nothing to do with your predisposition not to marry.

I see marriage in my future but I often wonder do I see myself married merely because that’s how I’ve been conditioned? Had I been taught that marriage was bad and inevitably ended in divorce, then perhaps I wouldn’t have such a positive, albeit passive, expectation to eventually marry.

Regardless, we all have our baggage. At some point, we will have to find someone who can deal with our own baggage as well as accurately gauge whether we can deal with theirs. This is made more difficult because you have no real way of knowing what life will throw at you as an individual, let alone a couple. Personally, I’m looking for someone whom I believe will weather all of life’s storms with me, rather than someone who retreats the first time it gets cloudy. This may very well be a woman who witnessed how difficult making a marriage work can be, such as a child of divorce, rather than a woman who was the product of successfully married parents who never faced substantial challenges. Either way, I would fault neither for their upbringing or much of anything else that is completely out of their control but I will take it all into consideration. Will I choose correctly? Only time will tell.

When seriously dating, do your take into consideration whether your partner’s parents are still married or divorced? Does your partner being a divorcée or widow have any influence? If it applies, has being the child of divorced parents or parents that have had an extended marriage (10+ years) positively/negatively influenced your relationship experiences/expectations? If you have been divorced yourself, has it adjusted your expectations for relationships? If applicable, do you believe your divorce will affect your children’s views on relationships? On a related subject, do you think children of single parent homes have similar views on relationships as children of divorce? Lastly, what are some non-traditional characteristics you take into consideration when dating, such as only child, astrological sign, or other?

Admin Note: Today on my personal site, I also discuss The Children of Adoption with guest blogger, Christina White, who shares her personal story on being raised by extended family members in her mother’s absence and the affect it had on her views on dating, personal relationships and her view on her role in the relationship.

tags: children divorce infidelity Marriage
previous Die Kobe Die: Are We Cheering for Love Not To Work?
next The Curious Case of the Subconsciously Apologetic Negro