Dope Memories: 5 Things I Miss About the Good Old Days

I was overcome with nostalgia this past weekend. Who would’ve thought that Walgreens and a wack dunk contest would lead me to a search for a time machine on eBay?

I walked into Walgreens on Saturday and a Blockbuster Express machine caught my attention. As I looked through an assortment of new releases and recent classics, I thought about the days when we had to visit an actual Blockbuster or Hollywood Video store. I remember spending 20 minutes reading the back of movie boxes before deciding to get the movie I’d went there for in the first place. I remember sneaking into the adult movie section with my friends when we were 16 to get a glimpse of the “parties” on the covers.

We may have gotten kicked out a few times for our boisterous laughter, but it didn’t matter because we were having fun. Little did we know that those trips we made to Blockbuster would become the memories we chuckle at today. For real though, I miss being able to spend 30 minutes looking through movies, smelling the popcorn, and deciding if I’d pay premium price for some candy that I could get next door for the cheap. Yes, those were the days.

After selecting a movie that I’ve yet to watch, I found myself thinking about other things I miss from the pre-responsibility days. Out of my list of 15, I’ve picked 5 to share with you today. You may even miss a few of these things yourself. 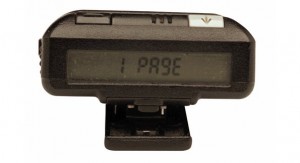 Remember when pagers were cool and the only short codes people knew were 143 and 911? Remember all the shapes, sizes, and colors people would have for such a simplistic device?

See Also:  Keep It in the Box

What I liked most about having a pager was that it made meaccessible, but not too accessible. The quickness with which I could respond was determined by how quickly I could get to a phone. People understood that. It wasn’t a big deal if I didn’t respond instantaneously. There was no such thing as “I know you saw my text message” or “How can you have time to tweet or update Facebook, but not have time to call me back?” If it was urgent, people typed 911. Otherwise, you’d hit them up when you had the chance. You didn’t have to confirm receipt of the message, because the beeping sound after they typed their number told them you’d receive it.

I love my phone. It’s great. It’s necessary. Yes, it’s made me more efficient, but it’s also contributed to my non-clinical ADD. When I first got a cell phone back in 2001 (Shout out to Voicestream before it got purchased by T-Mobile), I talked to people for hours. After all, that’s what a phone was for. Forget the fact I had to keep it by the right corner of my dorm room window to get a signal. That was my connection to the people I wanted to hear from, not just type to.

Nowadays, I spend more time on my phone doing everything but talking. One glance to check the time turns into ten minutes of random browsing, texting, and status updating. But back then, a basic Nokia allowed you to focus on the one thing it was intended for: talking.

See Also:  Get Your Hands Out Of My Pockets: The Debate On Borrowing Money In Relationships 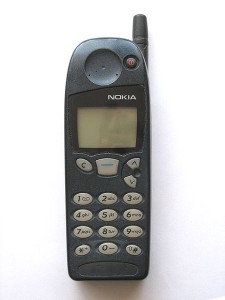 I can’t tell you the year that Saturday morning shows fell off, but I know that when I wake up on weekends now, I wonder what’s happened to quality programming? Maybe the kids like this stuff, but I think most of it sucks. These young whippersnappers have no idea what it means to be a Thundercat.

I miss being excited to watch shows like X-Men, Sonic, Hangtime, Captain Planet before Don Cheadle, and Saved by the Bell. I miss being able to wake up for two hours of consistently entertaining TV. Those were the days. I want them back. Please, thanks, and leave those right there. I’ll put them away when I’m done.

I don’t expect most women to understand this, so my apologies if I’ve reduced the relatability quotient of this post. But I grew up on sharpshooters and tombstone piledrivers . Wrestling was my favorite thing to watch until the World Wildlife Foundation forced the WWF to become the WWE. It’s no longer the Attitude Adjustment Era. It’s the era of horrific storylines and two hour shows with only three real matches…if that.

When I see my favorite wrestlers pushing toward the end of their careers, I think back to the pay-per-view watch parties, the pizza and wings, and the cheering for conclusions that had already been decided. (We didn’t know that though.)

It didn’t matter if what we were watching was real. It was about the experience of being around childhood friends and enjoying something together. We’d rotate houses to watch the Royal Rumble, Wrestlemania, Summer Slam, and the Survivor Series. Nowadays, I get together with people to watch the Super Bowl and March Madness. There’s no designation of whose house it’ll be at. I just pick from a group of people throwing events and go to whichever one is the most convenient. It’s just not the same.

This past weekend I witnessed the worst NBA slam dunk contest I’ve ever seen. It was yet another reminder that I miss the good old days when the elite players would take to the air and creatively reach for the crown. On Saturday night, we got players that elicited no excitement, nonexistent judges, people predictably jumping over people, and few first dunk makes.

This wasn’t the dunk contest I grew to love. It was something else, something underwhelming. It was a hollowed out shell of what used to be.

Anyway, these are just five of the things I miss from the good old days? What are some of the things you miss? Family time? Waking up to do nothing and being fine with it? Do share.