Eighties Babies and How Crack Cocaine and Dope Changed Us Forever 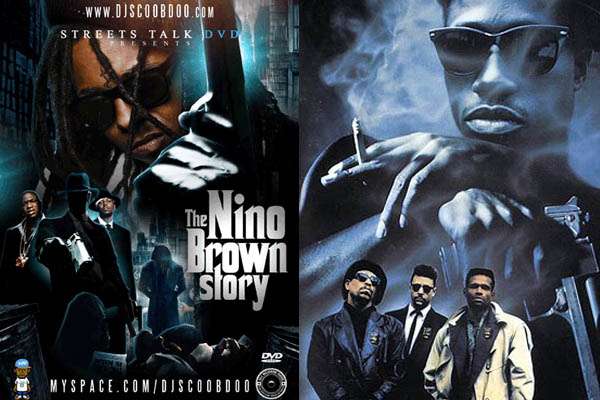 Washington, DC may have been the only city to have a mayor who was using crack cocaine, but the epidemic stretched across the nation from cities to suburbs to some of the most rural counties in the country.  Philadelphia, New York, Atlanta, Los Angeles, Detroit, Chicago and every place in between was hit hard by what became known as, “The Crack Epidemic.”

For those of us who consider ourselves eighties babies, the influx of crack and dope into our communities was one of our generation’s most affecting and impacting cultural phenomena.  Today, I want to lead the discussion on what it means to be an eighties baby, while also discussing the dark side of Black America in the 80s, and the effect of Crack Cocaine and Heroin on our community.  I’ve taken the time pull out five thoughts.

As crack and dope became parts of our neighborhoods, they started to have an impression on our culture through music and television. With televisions shows like, Miami Vice and rap artists like N.W.A., the drug culture we saw in our streets and neighborhoods made its way to our living rooms and television sets.  Groups like N.W.A. brought to our front door issues that were plaguing our community, especially in place like South Central Los Angeles.

“F*ckin’ with me cause I’m a teenager, with a little bit of gold and a pager. Searchin’ my car, lookin for the product, thinkin every n*gga is sellin narcotics.”

George Bush vs. The Nicaraguan Contra

Epidemics are always a great time to remind America that racism still exists.  For example, epidemics happen to everybody but white people. The holocaust happened to the Jews, HIV happened to homosexuals (although white, they must not have been Christian and thus didn’t count), and inevitably, crack cocaine happened to the African Americans.

See Also:  Sacrifices: I have to give up what!?

What was more alarming was that almost as soon as the US Government took action against crack cocaine with tougher law enforcement and sentencing the problem went away in a couple years.

“They got money for wars, but can’t feed the poor. Say there ain’t no hope for the youth and the truth is, it ain’t no hope for tha future. And then they wonder why we crazy, I blame my mother, for turning my brother into a crack baby. We ain’t meant to survive, cause it’s a setup. And even though you’re fed up, huh, ya got to keep your head up.”

When we found out that Huxtables lived in Greenwich Village, instead of Brooklyn

Regardless of the effort by Bill Cosby to show a different side of the Black family in America, it was no secret to Black people in America that most of us had very little in common with the Huxtables during the eighties.  Whether it was a mother, father, uncle, aunt, cousin, grandparent, or any close relative, finding a Black family without a crack or heroin addict was as common as finding a family of freed slaves in the 1700s.

Many Black men were addicts, dead or in jail, which led to many single mothers. Many single mothers who may have been addicted as well.  It spirals downhill from there to the children born with defects or behavioral problems, to children who lost both of their parents to addiction and were raised by grandparents, distant relatives, or in foster homes.

The quiet moment when Josie Webb told everybody her secret

I grew up knowing that not only homosexual white men were at risk for HIV, but also dope addicts and women who were willing to have unprotected sex for drugs.  When you factor in the risky sexual behavior and drugs taken through intravenous needles, what you get is a high rate of Black Americans infected with HIV.  And the trickle down effect is that it begins to infect not just the drug users, but the outside community as well, since many addicts are in denial and rarely get tested.

“They ain’t really for condoms, I just think that it’s shocking. Got no fear in no officer, they be scared of them doctors.”

The Competition for the title, Murder Captial

Cities became places where you were terrified to leave your house.  You feared that you could be the victim of violence, even if you weren’t in fact a part of the drug trade.  There were always gang initiations that required members to shoot and kill an innocent person.  Dark alleys and unlit bus stops were a common fear, as well as, staying out past the hour when the streetlights came on.  The murder rate rose astronomically.  Teachers were teaching their kids to look to their left and their right, one of the three of us would not make it to 21.

“When our heroes and heroines got hooked on heroin. Crack raised the murder rate in DC and Maryland.”

Whew, thinking back on that now, I am glad I made it to where I am today.  I have to thank a few people.  My mother, my grandmother, my father (who while divorced from my mother made sure to always be there for me), and my friends.  I have a picture that I took when I was about 12 outside my grandmother’s house with my childhood friends.  I’m proud to say that all of us in that picture, right outside of Nu-Town… ennn… Michigan Park, are still alive, working and never been in jail.

Now that we’ve shared that moment together, you’re welcome to share your stories and thoughts.  I think that being a 80s babies and the things we went through made us stronger than many other generations.  We don’t always give ourselves enough credit for what we made it through.  In addition, we’re going to start a new tradition on Fridays around here.  The resident DJ in the house is Carver The Great, you know him from my mixes previously, we’re going to bring you a weekly Fist Pump Fridays mix that’s designed to get your Friday off to a great start and a powerful finish.  Today’s mix starts off with a podcast interlude from me.  Enjoy and let’s get into the mix and weekend.  Bottoms up!

See Also:  Can You Love God and Gays - The Black Church and 'Stay At Home' Theology In the 2012 Election

Let’s rock. Yeah, tweet that and let me know you listening! #FistPumpFridays