SBM Sports: The Only Thing Wrong With March Madness 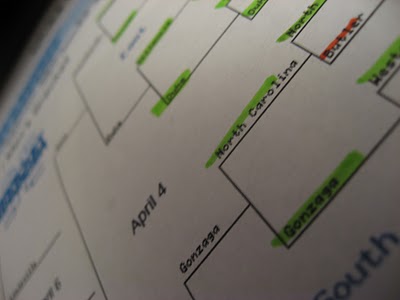 My name is Joe Sargent, I am a sports fanatic working in Marketing in Richmond, VA. I’m excited to contribute to SBM and looking forward to you learning more about me as time goes on. I’ll cut the boring introductions off there because:

It’s tourney time! Selection Sunday kicked off my favorite single event in sports: March Madness. These are the days I hope it’s the year for Michigan, pray it’s NOT the year for Duke, and root for buzzer beaters and upsets (…of Duke).

The first four days of the tournament include 48(!) games from noon to midnight. I have actually taken days off of work to make sure I caught every basket. It’s that serious.

As much as I love March Madness, I’m always left with 99% elation and 1% guilt. There are dozens of sponsors each spending millions for exposure, and I wonder what it would take to cut the players in on this (growing) pool of money. This doesn’t include the $11 BILLION given to the NCAA for the right to broadcast the tournament. We can agree that none of these sponsors (or their money) would exist if there were no players, right? So why can’t the players earn a percentage? I believe there is a way to provide college athletes with a monthly stipend while allowing them to earn money through sponsorship. This is a similar model to the Olympic system.

See Also:  Hold Up! Could Boston Really Beat the Heat?

The short answer is that the NCAA considers itself an amateur sports organization. Thus, in order to keep its tax-free status, NCAA athletes cannot capitalize financially in any way on their physical ability or fame.

In one extreme case, the NCAA suspended Oklahoma University baseball player Aaron Adair for writing You Don’t Know Where I’ve Been, a book about surviving brain cancer. They were concerned that a student athlete was connected to “a corporate product,” though the book was about cancer, not baseball.

Overall, those who feel student athletes do not deserve pay have two main arguments. They are:

The athletes receive athletic scholarships that cover all of their expenses; they are already paid.

I would argue against this in two ways. First, athletic scholarships don’t always cover every expense. A 2010 Ithaca College study finds that there is an average shortfall of $2,951 between the amount a student receives for an athletic scholarship and the cost to attend that university. This gap ranges from manageable ($200) to ridiculous ($10,962). In either case, the point is the same; even if you believe an athletic scholarship represents “payment,” it doesn’t do an adequate job in many cases.

I’ll explain my second issue with this argument through metaphor. There is a profession that exists where the workers earn money that they immediately hand over to a “manager.” This manager pays the workers in “stuff.” This stuff is protection, guidance, food, and clothing on an as-needed basis. Notice that the manager does NOT pay workers in money.

In that profession, we castigate the managers for exploiting workers and arrest them. Maybe if the NCAA President wore a pink suit, gators, and carried a chalice he would be easier to spot.

The players should be happy! They get to play a game, and should play for pride.

Why don’t you send me your next paycheck via Paypal? Work for pride! With games, practice, training, film study, and school, NCAA athletes probably spend as much time working as most of us. You are reading this at your desk after all.

The reason I won’t receive any money via Paypal is the same reason athletes deserve compensation. No matter what you do for a living, you pur your time into it and help drive your company’s bottom line. We all deserve to share in what we help generate. That goes for accountants, consultants, and athletes.

Realistically, the NCAA has no motivation to allow its student athletes to earn money. It would cost the organization both billions in taxes and the considerable control it has wielded for decades. I will always love March Madness, but it will never be unconditional. While corporate sponsors capitalize on the players seeking to become legends, how can I shake the fact that there’s more than enough to go around?

See Also:  The 10 #ManLaw Commandments: He Said, She Said