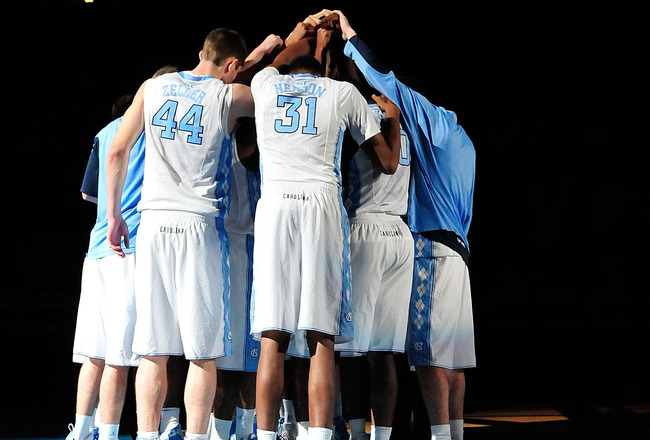 Salutations to all the SBM readers. I am Jay Cooke and I would like to thank the SBM staff for giving me the opportunity to start off their sports section. As a guest contributor, I plan on bringing you informative, exciting and conversational sports articles, just like at my site BarronNetwork.com.

I feel like my relationship with SBM is starting at just the right time, from a sports perspective. When the weather starts to turn north, new courtships are soon to follow. March Madness is the equivalent of you meeting a person who you believe to be your soul mate on Thursday. However, on Saturday of that same week, you find out the person is just not that into you but they are really interested in your friend. Same goes with picking tournament winners for your office bracket. You could be at the top of the heap one minute because you correctly picked all the 12-seed versus 5-seed upsets, but the next round Northern Iowa beats Kansas and you are stuck eating a bowl of chocolate ice cream out the carton, and wondering where it all went wrong?

What makes the NCAA Men’s Division I Basketball Championships different from any other sporting event is the idea of it being a single game elimination tournament with the championship game being played the first Monday in April. Single elimination means every play counts. Have you ever been on a first date that was going so well you were sure you were getting lucky on the first night? The chemistry is there, you have laid out all the preliminary work and you are having great conversation. Then you bring up KONY 2012, but she is Ugandan and disappointed with your level of research on the matter. Despite being the best team all season, you never recover from one mistake. That’s what makes the tourney great!

The Big Dance is where NBA stars are born. In the last four years alone, this tourney has showcased and assisted several NBA players in increasing their buzz before the NBA draft. This means larger endorsement deals and jersey sales, while producing future household names. Players like Derek Rose (Chicago Bulls), Kemba Walker (Charlotte Bobcats), Seth Curry (Golden State Warriors), Russell Westbrook (Oklahoma City Thunders) and Kevin Love (Minnesota Timberwolves) have all used the NCAA tournament as a spring board into the NBA Lottery.

On the Sunday when brackets are revealed, everyone becomes a March Madness expert. From President Obama to that annoying co-worker who does not follow sports and makes his/her picks based off the teams name (and somehow wins the office pool). We pretend we know more about Cinderella than the Prince himself. And why should I be any different? If you can make the tough decisions in the first two rounds , which is where most of the upsets happen, I can provide you wisdom on how you can win the whole thing. Yes, I understand the first two rounds are the most critical rounds because of the upset possibility. However, if I could predict the first two rounds of the tournament, I would be a super hero in the sports world.

The key to choosing the winner of the tournament is the point guard position. Three of the last four NCAA Men’s Division I Champions have been lead to victory by the play of their point guard:

There is an exception to every rule. One example would be in 2010 when the Duke Blue Devils won the national championship with their point guard not being a focal point. Leave it to Duke to be the flaw to the Jay Cooke March Madness Rule.

See Also:  Men Are Not Perfect Vol 1: Are Men Less Moral than Women?

The NBA has great story lines this year: the big three in Miami, Kobe Bryant’s chase for number six, the rise of Batman (Durant) and Robin (Westbrook) in Oklahoma City, the Dwight Howard trade saga, the crumbling of the big three in Boston, the golden era of points guards with Derek Rose, Chris Paul, Deron Williams, Rajon Rondo, the unpredictable New York Knicks, the rise of Jeremy Lin and other headlines have made the NBA a household name in this country.

Yet, the Dance brings more excitement to the game of basketball. This year in particular is a great one for brackets. Thanks to the NBA lockout, several top NBA prospects decided not to join the NBA this season, so March is going to provide for even more madness. Good luck in your brackets!

So what do you think SBM world? How did you break down your brackets this year and how many sheets did you fill out? Does your work production decrease at this time of the year like most red blooded Americans? Are you pumped up for this year’s “Dance”? Who are you picking to be break out stars? Most importantly, who do you have winning it all? Please feel free to hit me up for sports advice (basketball, football and baseball), provide feedback on this article, or follow me through the Madness of March @JayC00ke.