Barbershop Fridays at SBM: 25 Ways Men and Women Get Out Of Dates 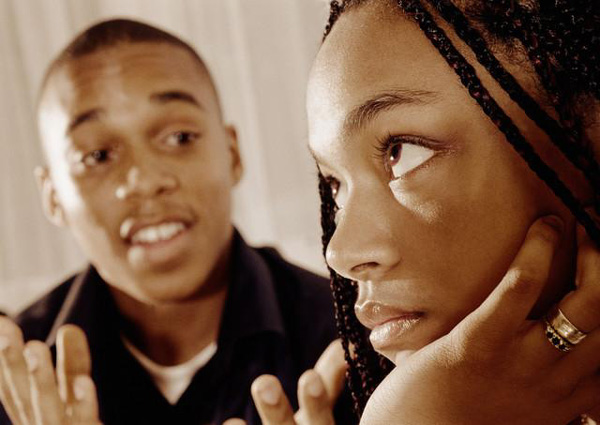 For a lot of Black men, on Fridays we head straight to the barber to get a cut after work.  We shoot the breeze with the homies before heading out.  That’s what Friday’s on the site will be like going forward.  Of course it wouldn’t be right if we didn’t have music, so that’s Carver’s territory, and he’ll keep #FistPumpFridays going every week.   This week in the Barbershop, we’re talking about how to get out of a date when you want to go chill with your friends (or you really just don’t want to see that person that night).

Here are the scenarios:  1. I’ve been busy all week, and promised “baby” that we would have Friday night to ourselves; quality one-on-one time with no distractions. 2. I’ve been trying to get at this shorty that works in my building for about a month, she finally granted me a date on Friday. 3. I’ve been seeing a young lady for about three weeks and we have plans on Friday, but I already know this relationship is going nowhere.

Conflict: Two of my boys are coming into town, and cats are talking Park tonight; The Guy tells me there’s going to be a ton of “tings” there.  In addition to all that, we got a table.  All real men in attendance know: “We got a table,” and “tons of tings,” changes everything.

So we came up with a list of ways men AND women get out of the date.

Here’s the thing, when men think “relationship,” they hear “companionship.”  When women think “relationship,” they hear “ownership.” No matter what you think, your girlfriend owns that Friday.  Understand that a woman doesn’t want to be your only priority; she wants to be your first priority.  As men, we probably will always struggle with this and never grasp it the way our women wish we would.

On the flipside, we understand that most men don’t deal well with rejection.  Women will say “yes” to a date just to get a man to shut up, later on, they remember they really aren’t interested at all.  And yes, there are those women who wish their man would get some friends and not be up under them all the time.  (They say we don’t ever do this on the site, but…) Men, your girlfriend is your girlfriend, not a coupon. Stop using your girlfriend to save money. While you’re thinking this is a great night at home with a rented DVD, she’s rolling her eyes and thinking about that table.

Question is, what are you doing tonight?

See Also:  Should a Man Love a Woman More Than She Loves Him?