Barbershop Fridays at SBM: 15 Thoughts about Drake, Diddy, Rick Ross and the Current State of Hip-Hop 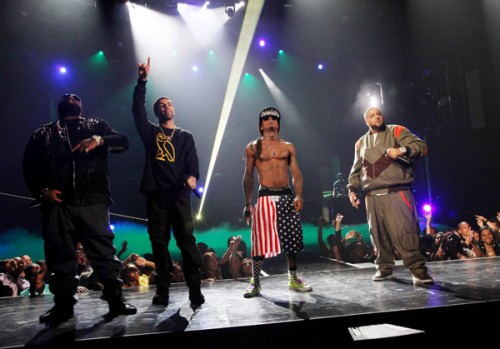 Sitting in the chair while getting a cut, I’m trying to get one of the guys to actually explain himself when he says, “Hip hop is dead.” It’s very popular to say that nowadays, but harder to explain. Not many people keep the perspective of realizing that hip hop changes every few years, into a new progressive beast. I’m sure that Chuck D and Rev. Run sat around smoking an L and thought, “man all these kids from Cali want to talk about is drive-bys and 40s. Hip hop is dead, brother.” Twenty years later, though it looks a little different, hip hop is still alive. Although, we never would have imagined that Cosby sweaters and Elroy Jetson space boots would make the cut, but then again one thing we’ve learned is that anything can happen. So, in typical Friday fashion, I jotted down some notes on where I felt the current state of hip hop is at.

See Also:  The NBA Season is Back! Here's Why Cleveland Will Win the Championship

That’s basically it. Next year, we’ll have new artists and music. We’ll claim we don’t like something and it’ll get catchy. For the record, Domino is not a crossover singer no matter how many Black men know the words to that song. If I could predict anything that will happen over the next year, it would be that more rappers go down the Flo-rida and Pitbull route. What’s the point in talking about drugs and guns if it’s not selling records anymore? Please reply, 50 Cent.

Questions: What are your thoughts on this list? Have you made similar observations that aren’t listed here? I know you are going to really enjoy the mix today. Thank God it’s Friday, and I’m out.