Home Around the Web Whose Cause Is This: Trayvon Martin, Occupy Wall Street, and White Privilege at The Million Hoodie March
Around the Web
Featured
March 26, 2012 Slim Jackson 85 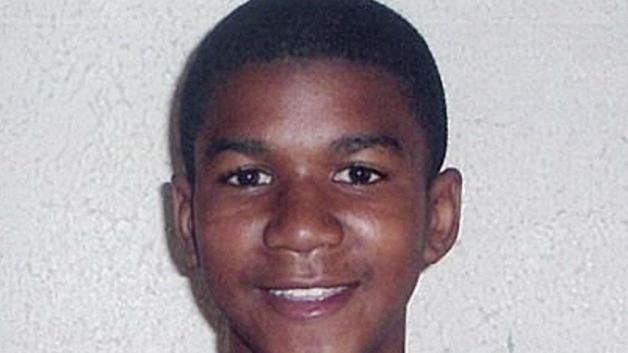 A few years ago, I interviewed a white gay male for a job with my staffing agency’s client. I didn’t ask him if he was gay. It was something that he shared openly at the end of the interview once we were past the formalities. For a reason I’d find out a few sentences later, he thought it was a good idea to talk about his time living in California and the fight for gay marriage — more specifically the passing of Proposition 8. I just listened as he took a good meeting south:

“The African American vote is going to be really important for Proposition 8. Every vote’s going to count.”

“We’ll see,” I said with a nod as I figured out how to close the interview without this conversation going further. But before I could deflect, and tell him I had to get to a meeting that didn’t exist, he continued.

“You guys know about the struggle. You’ve faced some of the same civil rights challenges. Hopefully we can unite on this one and get it done.”

Faced the same challenges? The f**k are you talking about right now? Would my struggle matter if it wasn’t tied to yours? I couldn’t go there, so I replied with humor to extinguish the flame growing in my chest.

“I just want the world to be one big happy place where we all get along. Know what I mean?”

He laughed. I mustered a chuckle. I ended the interview and went back to my desk. It sounded like he genuinely wanted to see us unite for a greater cause — his cause. But his comparison of the struggles didn’t sit right with me. I conducted a different type of interview in my head.

“Your struggle is not the same as mine. It never will be.” I thought to myself. There is no amount of rehearsal he could’ve done had I conducted that interview. He would’ve been just as uncomfortable as he’d made me.

I’m telling you this story because I was reminded of it while reading a few tweets on Thursday night after the Million Hoodie march in New York City. What happened on my Twitter timeline reflected much of what went down at the actual march. (Not a surprise since people are becoming their avatars. And if you reject Twitter, feel free to keep finding out things last. Just saying.)

Much of the discussion on my timeline was heated. Several black people I follow were involved in heated exchanges with members of Occupy Wall Street, a movement that’s starting to remind me of The Blob: It absorbs every cause in its path, gains some strength along the way, but never takes on an identifiable shape. But that’s a conversation for another day. Anyway…

At first, I didn’t understand the messages flowing through my timeline on Thursday night.  So I looked closer. I wanted to understand why so many black people I’ve been following for a while were telling random names with white faces for avatars “This is not about you. You don’t understand the struggle.” So I searched for #OWS and #occupywallstreet tweets to see what all the Hoopla was about. And much to my dismay and partially to my surprise, Occupy Wall Street supporters were using the Trayvon tragedy and hashtag #millionhoodies to push their own ambiguous agendas. They’d type something like “Justice for Trayvon #ows #trayvon” or “The struggle continues! #ows #trayvon”

On the surface, this looks harmless. You could argue that combining the hashtags was a way of showing solidarity with the Million Hoodie movement. But if you combine this with the many accounts of what happened at the march, you’ll see there’s much more to the social media outrage than 140 characters.

Occupy Wall Street had co-opted the march. They had taken the Million Hoodie movement for the Trayvon Martin tragedy and made it about their million causes. Some chanted “We are the 99%” while others yelled “F*ck the Police,” knocked over barricades, and wreaked havoc on New York City’s financial district. Yet, many claimed that they were standing in solidarity with us against injustice. Take a look at the video below. Does this look like what we wanted people to be aware of? Or does this look like people with their own agenda?

I think it’s the latter. Besides, imagine if we said this sh*t and acted like this? Bullets, death, and discouragement.

The evening of March 22, 2012 was supposed to be about Trayvon Martin, both on social media and in the streets of New York City where the rally and march took place. It was a chance to bring awareness not only to a life that shouldn’t have been lost, but to the bigger issue of the racial injustice that continues to course through the veins of the not so post-racial United States of America. And with scenes like that above, it’s hard for me to not be skeptical when someone that doesn’t look like me tells me that they understand the struggle, and we’re fighting for the same things.  It’s hard for me to not think some people are shouting solidarity while whispering ulterior motives. How much do you know about my struggle? Better yet, how much did you care about my struggle before it started to look like your own?

OWS claims to be about the 99%, but I can’t look at the video, read these stories, and scan tweets claiming to cosign the Trayvon movement without a skeptic side-eye of what they’re really about. Let’s face it. OWS is a 99% white movement with 1% truly understanding what it is to be Black in America. There are some OWS supporters that will read this and say “I’m not one of the 99.” But how do you think we feel when we’re stereotyped, harrassed, and/or killed for nothing more than the color of our skin?

No matter how much you try to get it, you’ll never understand. If you want to stand with us, then do so. Otherwise, we don’t want to hear anything about the other causes you represent. It’s been about you for centuries. Just give us a few minutes to be heard. Is that too much to ask?