Home Around the Web The Hunger Games Brings All the Racists to the Yard
Around the Web
March 27, 2012 WisdomIsMisery 30

The Hunger Games Brings All the Racists to the Yard 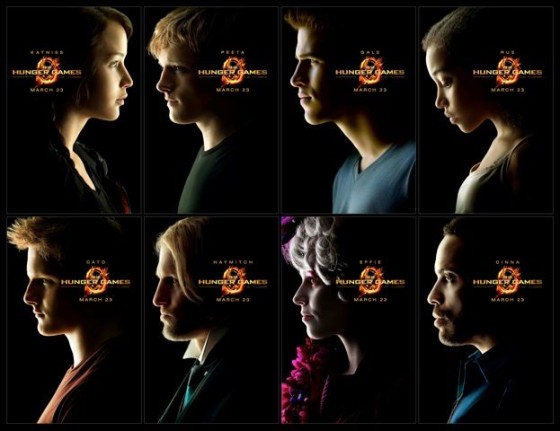 Let’s be clear, I have not seen The Hunger Games. I have not read The Hunger Games. As best I can tell, I have no plans or interest to do either. Before last week, I had never even heard of The Hunger Games. When a movie grosses over $150 million in it’s opening weekend, the third largest grossing weekend opening of all time, I assume it must be a pretty good movie with a knowledgeable and wide-ranging fan base. This is why I was surprised to come across Racist Hunger Games Fans Are Very Disappointed on Jezebel.com yesterday afternoon.

But when it came to the casting of Rue, Thresh, and Cinna, many audience members did not understand why there were black actors playing those parts. Cinna’s skin is not discussed in the book, so truthfully, though Lenny Kravitz was cast, a white, Asian or Latino actor could have played the part.

But. On page 45 of Suzanne Collins’s book, Katniss sees Rue for the first time:

…And most hauntingly, a twelve-year-old girl from District 11. She has dark brown skin and eyes, but other than that’s she’s very like Prim in size and demeanor…

The boy tribute from District 11, Thresh, has the same dark skin as Rue, but the resemblance stops there. He’s one of the giants, probably six and half feet tall and built like an ox.

Dark skin. That is what the novelist, the creator of the series, specified. But there were plenty of audience members who were “shocked,” or confused, or just plain angry. – Source: Jezebel.

Equally troubling were some of the screenshots of Tweets shared by disappointed fans. 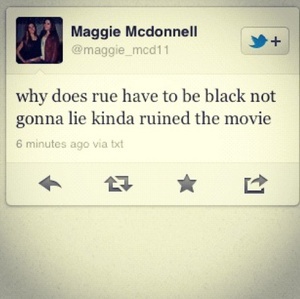 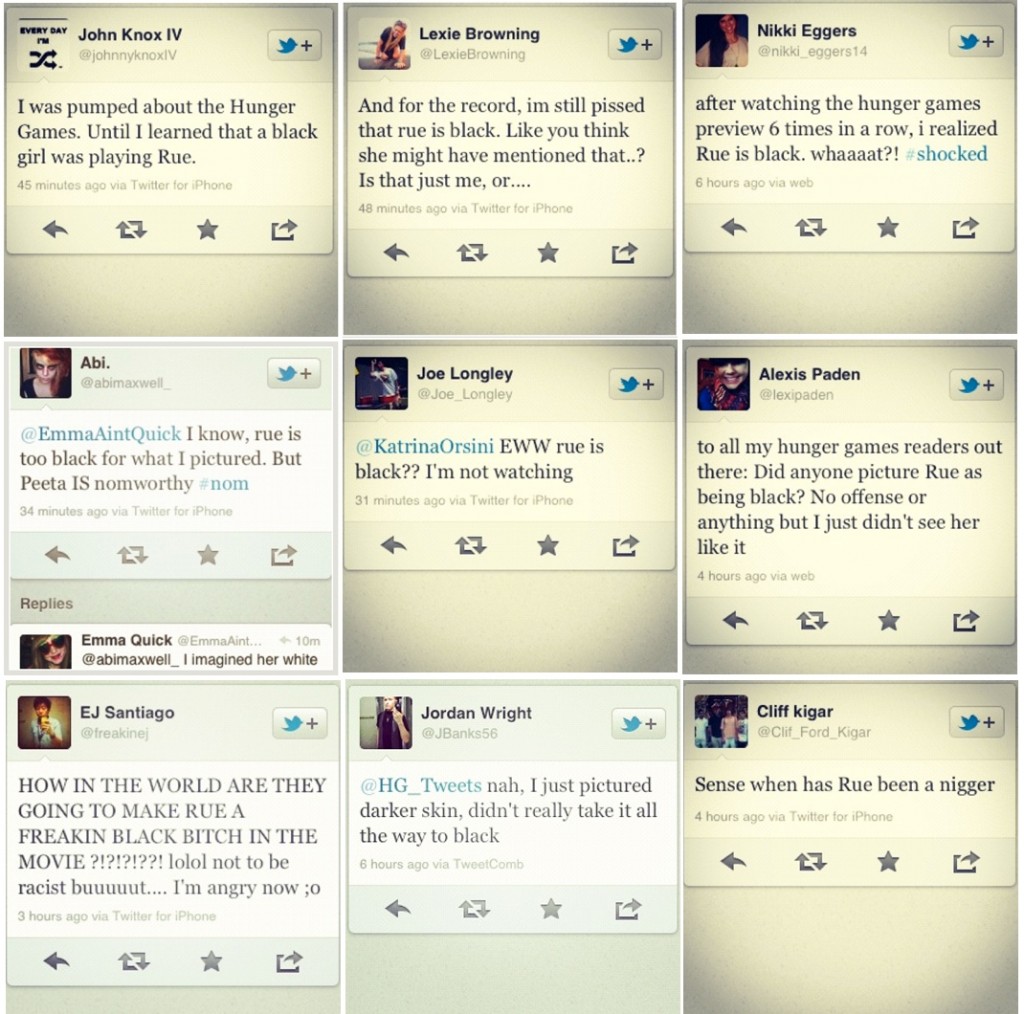 Some will argue, “it’s only Twitter.” Or, “It’s only a movie.” Or, “It’s only a character in a book.” That’s exactly the point. These people found themselves intimately identifying with these make-believe characters in the book (even though they glossed over the ‘dark skin’ descriptions of two). In their imaginations, they only identified with characters who mirrored themselves. If there messages weren’t that big of a deal then they would have stood behind their opinions, instead of deleting their Twitter pages as a number of them elected to do rather than face the scrutiny of standing behind their own judgmental words.

The very idea that some of these characters might be black “ruined the movie” for them. If you follow the available links above, you’ll find many found Rue’s portrayal by a black girl outright repulsive. This is all the more depressing because, in this case, these were accurate depictions based on the author’s own writing and artistic vision. As one Tweets above suggests, perhaps dark skin is OK if you imagine it belongs to someone who is not “too black for what I pictured.” The brutal death of a perceived white girl is a tragedy, it moves you, it drew you emotionally into the character’s plight, but some little black girl dies in a book (or real life), who cares?

Is it any wonder that real-life tragedies like that of Trayvon Martin go largely ignored when people can’t even bring themselves to identify with make-believe characters whom happen to be black on the big screen. “EWW,” as one Tweeter laments. I guess the big screen is still reserved for others.

The inhabitants of Post Racial America strike again. Remember folks, there is no racism, bias, bigotry or racial ignorance left in this great country of ours. After all, Obama got elected and he’s totally black, but you know, not “all the way to black.”