She convinced me that she addressed her issues and that this time would be different. I believed her and it seemed like we were on the right track. Even our communication was the best it’d been in a while. However, as hard as we tried, it all led back to heartbreak. It hurts. I know what we had was true love because I haven’t been the same since it ended…and it all happened because of circumstance out of our control. Who knows where the hell Creighton is anyway…smh… 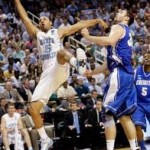 Damn, you Ethan Wragge of Creighton…you ruined what could have been magical.

As the Men’s NCAA Tournament field has shrunken from 68 teams to 4, the number of successful  (bracket) relationships have dwindled as well. Yeah, I know who the “home wrecker” to my March Madness bracket was. Damn you Ethan Wraggae! I had UNC winning the NCAA tournament; but without Kendall Marshall, UNC was a sitting duck and Kansas had good aim.

Despite a wrecked bracket, this year’s tournament has definitely lived up to the nickname “March Madness.” We’ve had TWO #15 teams (Lehigh, Norfolk State) defeat a #2 (Duke, Missouri) in the first round of the tournament, a #10 (Xavier),#11 (N.C State) and #13 (Ohio) make it to the Regional Semifinals, and only ONE #1 team (Kentucky) make it to the Final Four. Yet, we still have two games left to play. Two games that may be decided by the big men.

In my last article, you learned about Jay Cooke March Madness Rule 101, where I told you that the winner of the NCAA tournament )for the most part) will be decided by the play of a wing player. Yes, the Final Four is stacked with talented big men. Yes, all the media outlets are saying a big man performance in New Orleans will determine the difference between disappointment and a crown. However, Jay Cooke knows better and I am too stubborn not to stick to my March Madness rule.

We have all watched cheesy movies, where in the beginning, the main character starts off as an ugly duckling and by the end of the movie; they are the most attractive thing since Stacy Dash (King magazine edition, Google it if you have no idea what I am talking about)…

Yes, I know Stacy Dash is old enough to be some of our mothers’ but you can’t deny beauty…..

Sorry for going off on a Stacy Dash tangent but she is my kryptonite. Anyway, in sports, we love a fairy tale story… 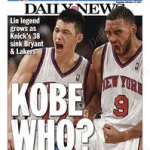 Some sports stories turn into hype, but the NCAA stories can create legends. Though the Final Four will have plenty of big men to talk about; it is the play of the following wing players that will determine the outcome of this year’s tournament. All year long, Peyton Siva (Louisville), Doron Lamb (Kentucky), Tyshawn Taylor (Kansas), and William Buford/Lenzelle Smith Jr. (Ohio State) have shown what they can do with or without their key big men on the floor, particularly in the NCAA tournament. We’re going to see more of it in these last three games. I’m looking forward to it.

So SBM readers, what are your thoughts? Who do you have winning this year’s tournament? Which upset in the tournament hurt your bracket the most? (How bad is Stacy Dash?) Who is the next big thing to emerge from this tournament?

tags: final four ncaa sbm sports
previous The Dating Questionnaire: How To Rid Yourself of Losers and Lames
next Help Us Be Great: Take the SBM Reader Survey