Home Featured Recapping Single Sam: A Few Random Thoughts I Had Along The Way
Featured
April 3, 2012 The Mighty Most 38

Recapping Single Sam: A Few Random Thoughts I Had Along The Way 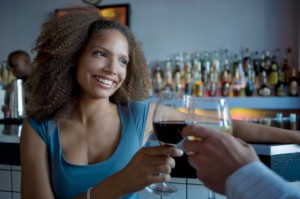 Writing Single Sam’s Episodes in Love was a pretty fun exercise for me. As a writer it was an interesting challenge to tell real life stories from a real life friend, who happened to be female, while still trying to find ways to be creative and own the work. The other thing that made it challenging was opening up a friend’s life to the wild-wild-west that is our beloved SBM comments section. When I asked Sam if she’d be willing to do the series, I did so with the feeling that her stories, while a little out there, were not that uncommon. Despite how crazy some of it may have been–between the the officer, the proposition and the pimp–I always believed that they were not that uncommon. I believed that if we put the stories out there and just kept it real, sure there would be a great deal of people who judged or would call her crazy, but there would also be a good amount of people who could understand and relate to just how out of control things can get when you’re looking for love in a new city. I avoided responding to a lot of the commentary, partly because I’m clearly biased, and partly because I wanted the work to speak for itself on the day it ran.

Today though, I’m ending my silence on it all. Today I want to discuss Sam, the series and some of the issues and topics that came up over the 5 weeks we discussed her life.

One of the things that was interesting to watch was how many people were quick to imply that Sam was a little too promiscuous. The thing folks have to remember is that this series took place over a number of years of Sam’s life. At one point, our very own Dr. Jay said the following:

“She can’t pick them. She thinks the nice guy is the bad guy and the bad guy is the nice guy. Regardless of what she thinks, she sleeps with them. Here’s what’s lacking in Sam, the ability to learn from her mistakes. She just simply doesn’t do that.”

These sorts of comments kinda irked me. I can understand questioning how she picks her guys, I could understand questioning whether or not she’s learned from her ‘mistakes’ -but to insinuate that she sleeps with all the guys she meets based on a few stories over the course of three or four years was a little judgmental for my taste. Sam’s not hoe. She’s not even promiscuous.

How Old Is Sam?

One of the most common questions I got from readers early on in the series was “How old is Sam?” I can understand why people were interested in her age, and I can understand that it might effect how you perceive her choices, but–I have not and will not disclose her age. Partly because it doesn’t really matter to her story (saying she’s mid twenties is sufficient) and partly because I didn’t want to give so many details that folks who know her and read the blog might be able to recognize her.

One of the more interesting conversations I watched transpire was the commentary around why Sam was so affected by Lance offering her money for sex and instead chose to give it away for free to Dave. To me, the correlation between the two was obvious, it’s about owning yourself. Sam needed to remind herself that she was in control of her body, that she owned herself and would give herself to who she wanted when she wanted. I agree that bringing guys you just met home isn’t the best idea, especially when you’re drunk, but I also understand exactly where she was mentally. In terms of the Lance and his proposition, the thing that bothered me the most about it was that he’d clearly been setting that up for months. I don’t think he was trying to court her, nor do I think he was ever really interested in any sort of healthy relationship. To me, it seemed clear that he perceived her as young, naïve new to the city. He thought he’d be able to show a little money and eventually convince her to be someone he knew she was not. That bothered me. It was predatory.

I kinda knew folks would be upset with Sam for not making it work with the nice guy. Thing is, you can’t fake chemistry. Chemistry is chemistry and with some people, you either have it or you don’t. When she told me the story, it was clear that the kid played a major role in shaping their chemistry. She wanted not parts of the step-mom life he was clearly trying to groom her for. That’s the way the game goes sometimes. One quick thing you’d be interested in noting. Mr. Nice guy is now married. About a year after they stopped dealing with each other Sam was flipping through Facebook and found pictures of dude all in Paris on his honeymoon and what not. This happened during one of Sam’s more down times and yes – she told me she had a bit of a moment wondering if she’d made the wrong choice – but again, like I said, chemistry is chemistry and you can’t fake it. I believe in my heart though that if he didn’t have a child, things may have been different.

See Also:  Why You Never Really Moved On From Your Ex

After “The Butcher” story, a few folks were like “oh yeah, what’s next, the librarian?” or something along those lines. While I wish it were a true story and while I wish I had made up the meat market dude who actually sells meat (because the irony there is so clutch) this is one of those things that you can’t really make up. He was a Butcher/Pimp. A Pimp/Butcher. It happened. My response when she told me was the same as yours.

On How the Series Ended and Where Sam is now.

I really wanted the series to end happily. Like, I really wanted to write all about how Sam got the job and her and her boss fell in love, but reality is a b*tch and after over 25000 words written to tell her story, I wasn’t really trying to usurp the truth to end it all well. The truth is, her and her boss are working on things the way normal, healthy grown folks would work on things – especially if they happen to actually see each other daily at work. There’s not much more to it to tell. I wish there was, but that’s life.

Will there be updates/Another Sam or maybe a male version?

Another question I got often was whether or not I’d eventually update the series. Can’t call it, depends on what happens in her life and whether she’s willing to share. She enjoyed the series, said she liked the posts and thought the whole process was cathartic and helped her to think objectively about some of the decisions she’s made – so that’s one really positive take away.

As far as doing something similar with someone else (a man or woman) I honestly don’t know. Part of me feels like sequels always suck, and sometimes the suck so much they make you hate the original. But then another part of me really enjoys the process of taking other folks stories and making them my own. It’s kinda like artists who paint portraits. Ten artists can stare at the same model and come up with ten different paintings. I enjoy that about the process. That said, I don’t know. If anyone has an awesome story that they’d like to work through with me feel free to shoot me an email – especially dudes. A guys story would be fun to tell.

Emails/Tweets and other forms of Feedback

Also, I’ve noticed since the series that I’ve gotten a lot more advice related emails with people sharing their situations and looking for some feedback. I enjoy those sorts of emails and don’t mind responding at all, but please be patient with me. It takes a little while to read everything and write back, but when I do get back at you, I try my best to give really detailed, non-generic responses. It just takes time. So thanks for the emails and sorry I can’t get back at you quicker. Also, please note, I’m not a relationship expert and don’t claim to be one so if you take my advice and it turns out to be terrible, please don’t sue me or try to kill me. I don’t give bad advice though – still the disclaimer stands.

So, with that, I’ll open the floor up to you guys. I’m gonna dive all in the comments today so feel free to pass judgments on the series, share your thoughts, ask questions. Whatever. Oh, and next week, I’ll finally be back to writing other stuff, so – stay tuned. Also, please remember to take the SBM Readers Survey. Help us be great: SBM Reader Survey.