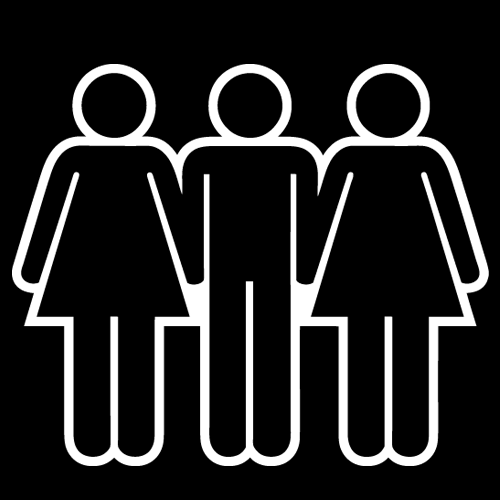 But for as much as I’ve thought about it over the years, I’ve had my fair share of reservations. And today, I want to share my three on threesomes.

Sometimes accidents happen. You get in the mix, Lord Pumpington doesn’t cooperate, and you’ve got a serious case of the noodles. Or even worse, you get to going and before you’re 20 meters down the track, splat. Now you’re clutching your hamstring, asking for a moment alone, chugging gatorade, and telling the official to restart the race. When it’s one-on-one, that’s okay…unless it’s the first encounter and you talked a good game building up to it. Besides, good things come to those who wait a few minutes. But when your reproductive system has a bottleneck and you’ve got two customers waiting for production, it starts to feel more like the DMV. Ain’t nobody happy there. Nobody.

See Also:  Black Girl Lost: The Fallacy That Unmarried Women Over 30 Are Losing

Not Having a Purpose in Life

With this being a dream so many men chase, what if I make the magic happen and then life feels complete? Will my motivation to accomplish all other things wane? Will I immediately return to the earth from which I came? Will bedroom burpees (see vid below) never be the same? Every dream has a price.

This doesn’t have to be a bad thing, but what if the two women cut me out of the deal and I’m just standing there chewing bubblegum? What if one of the women is the significant other and she realizes a new found love for pie? Where does that leave me other than in the corner of the room scratching my chest? Not very likely, but worth a thought. One of my ex’s is a lesbian today. Wasn’t my fault though. There were two boyfriends after me.

I know there’s an art to this. Maybe even a science. One that I’ve had no chance to master and probably never will. So in the mean time, I’ll keep dreaming and wondering. And if I ever get my special day, I’ll go forth and connect three. Or maybe I won’t. But sh*t, then again maybe I will. But only for the legacy.

previous You've Got Some Splainin' to Do: How Social Media Complicates Relationships
next The Dating Questionnaire 2: How to Avoid Ratchets and Maneaters