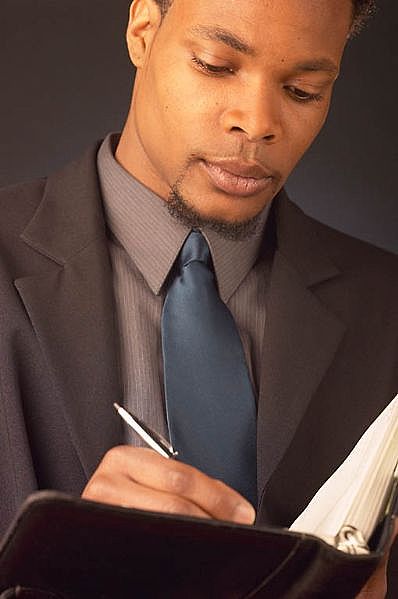 Your article about married men are lame on SBM hit home for me, in a good way. I am 31, no kids and never been married. I spent some time behind bars in my life so when I got out here dating I was behind, to put it lightly. I don’t drink so the bar scene never set in, I would do better at happy hour, but as you know, no loose girls do the 5pm to 9pm after work scene so I found myself in relationships. From 25 to 29 I was in relationship after relationship. Few periods in between I had meaningless flings when I was single but it left me with more -‘s than +’s, so I stopped that.  Brotha now I’m lost. I feel like I am lame, because I see the bar scene as lame, even though I know that’s where the majority of black women go “thug huntin” smh, I’ve tried interracial dating n it’s not fulfilling at all, you can just tell you’re more of a novelty act to them then something real. I feel am so lame I don’t know what lame is. In my mind saying f#$k the bar and handling my business over blowing money is the right thing to do, not caring about facebook n twitter n all that s%^t is what’s good. Now though, I am ready to charge it & play facebook because my women love dumb shit like bar hoppin well into there 30’s and living through facebook. It’s like ‘if you can’t beat them join them’ type of thing. Brotha 2 brotha, what is your definition of lame? Why does it seem like doing right by women is lame but treating them like rappers portray them is cool and having “swag”? How can you be “cool” and have “swag” and not fit into the stereotypical ni**a mold? Is it possible? At the end of the day I will have to come to my own conclusions, but reading your articles on SBM I think your words would help me in the process.

First, thank you for writing. SBM is always happy to receive mail from readers and I’m humbled you reached out to me personally. I hope it goes without saying, but just in case it does not, I am not a relationship expert or have I ever made any claims to be one. I have opinions and thoughts based on my experience, the experience of others, and my readings on and observations in dating.  With that said, here are my thoughts and opinions on your letter.

To be brief, the thing about being lame is “who cares.” Lame people exist and procreate everyday of the week, b. There’s some lame ass dude sleeping with some fine ass woman as we speak, while some “fly” dude will sleep in a cold bed tonight, alone. If a woman likes you, it doesn’t really matter how lame you are or are not, because clearly she doesn’t care so neither should you. The key is finding that woman who likes you for you. If you’re going to change, that’s fine, but do it for you, not for some woman you haven’t even met yet.

As far as meeting women, I think you should join a dating site and more than one. I’d say at least three. Some of the top free ones include: OkCupid.com and POF.com. However, these sites are fairly integrated, so since you said you prefer not to date interracially, I would recommend a site targeted to a black audience, like BlackPeopleMeet.com or something along those lines (I’ve heard mixed reviews about this site but you can search Google to get more ideas). There are also well-known paid sites like eHarmony and Match. I personally see nothing wrong with dating sites and here’s why.

In every other area of life, except dating, when people want something, they proactively pursue it. You want food? You go to the store. You want a new job? You job hunt and network. You want a relationship? You sit on your ass and wait for “The One” to magically show up on your doorstep? WTF? That’s stupid. Real life isn’t an ironic romantic comedy.

You can go to all the happy hours (which I wouldn’t recommend), work functions, and parties you want and not have the same likelihood of meeting LIKEMINDED people as you will on website geared towards dating, and I don’t mean Facebook or Twitter. To me, Facebook is only a good resource if you want to date your friends or you want everyone in your business. I’m not on Facebook and I have no plans to join. A dating site will give you the opportunity to get to know someone before you actually meet. Granted, they may lie but if someone is a liar they’re going to lie on or off a dating site, so to me, that’s not a good excuse. Additionally, you can screen out or pursue women based on whatever criteria you find important upfront: attractiveness, religion, children, education, etc. Lastly, I think dating sites are better designed for men to succeed than women for three reasons: 1) Men, being men, will copy and paste the same message to a 1,000,000 women. 2) Men typically join dating sites to find more women; whereas, women are (usually) legitimately on the site to find a relationship. 3) Women get flooded with a gazillion messages from truly lame ass men. Therefore, if you are remotely un-lame, you’re already ahead of 9 out of 10 of the other men she got a message from.

I also recruited the married man on staff for his perspective, since he has already proven he can find and sustain a serious relationship. Mr. Spradley, let the people know how you feel.

This email spoke to me. I had to jump on because I felt the sincerity and thought I might be able to offer a little advice. The first thing I want to make clear is that you are not lame. Wait, scratch that. You might be lame, it’s possible, but not because of the things you’ve described above. Being about your business does not make you lame. Having your priorities straight does not make you lame, and treating women with the respect you believe they deserve does not make you lame. Do not change any of these core characteristics about yourself in the hopes of attracting more women. If I’ve learned anything in life it’s that you can never reach your full potential being someone you’re not. Be you homey. Be you and don’t apologize for it or wish you were someone else.

Now, more specific to the question at the heart of this post, “where do men meet quality women?” The truth is: everywhere. Too often, as men, we fall victim to the stereotypical dating rituals of meeting women in these places that don’t play to our advantages. Happy hours, clubs, these are all “away” games for us. They are “away” games for us because we don’t have the opportunity to play to our strengths. Clearly, for you, not being a drinker and being someone who’s seen just how far off track life can sometimes take us, the whole after-work, ‘spendin-discretionary-money-we-don’t-have’ scene ain’t for you. As a man intimately aware of how valuable and precious time is, spending time on social networking sites where the purpose is to waste time is not a win for you. Those are away games. Avoid those. WIS’ advice was spot on, trying dating sites is a great idea because they provide a medium through which intentions should be clear and both parties have the opportunity to get straight to the point.

Another idea is to just keep your eyes open as you go about your daily business. You seem gentlemanly and good-natured. Use this to your advantage. If there’s a nice young lady who you see every single morning when you go to get your coffee, smile and see if she reciprocates. If she smiles one morning, the next morning move on up to actually saying “good morning.” If she responds positively to that a few times, move on to asking her if she works in the area. If that’s positive ask her out to lunch one day. See where that goes. All she can say is “no.” And if she does, you’re no worse off than when you started.

Your biggest strength, your advantage over all the other men vying for the attention of the women you come into contact with is that you don’t have ulterior motives. The fact that you’re not just trying to get into their pants is golden. All you have to do is develop the ability to express your gentlemanly nature within the first few seconds of interaction, without seeming like a pushover.

1) What is your definition of lame?

A lame dude is a dude who’s perpetually unable to inspire and maintain the attention of women.

2) Why does it seem like doing right by women is lame but treating them like rappers portray them is cool and having “swag”?

It just seems that way. It’s not really the case. Good women don’t want their men to treat them the way rappers pretend to treat them.

3) How can you be “cool” and have “swag” and not fit into the stereotypical ni**a mold. Is it possible??

True “swag” is the confidence and conviction to just be yourself.

Fellas, what other advice would you offer this young man? Ladies, here’s your opportunity to provide advice to a man who is admittedly looking for a committed relationship. In your opinion, where are good places to meet likeminded women? What are your thoughts on the three specific questions asked by our reader and covered in bold above by MrSpradley?

tags: Advice Man to Man Single Black Mail
previous SBM Video Series: WisdomIsMisery Discovers the Wonderful World of Oven Baked Pizza
next Single Black Mail: How Long Do I Wait For Her To Get Over Her Ex?