Home Around the Web Why Black People Need ‘The Talk’ and John Derbyshire and His Non-Black Children Don’t
Around the Web
Empowerment
Hot Topics
Ignorance
April 9, 2012 Dr. J 11 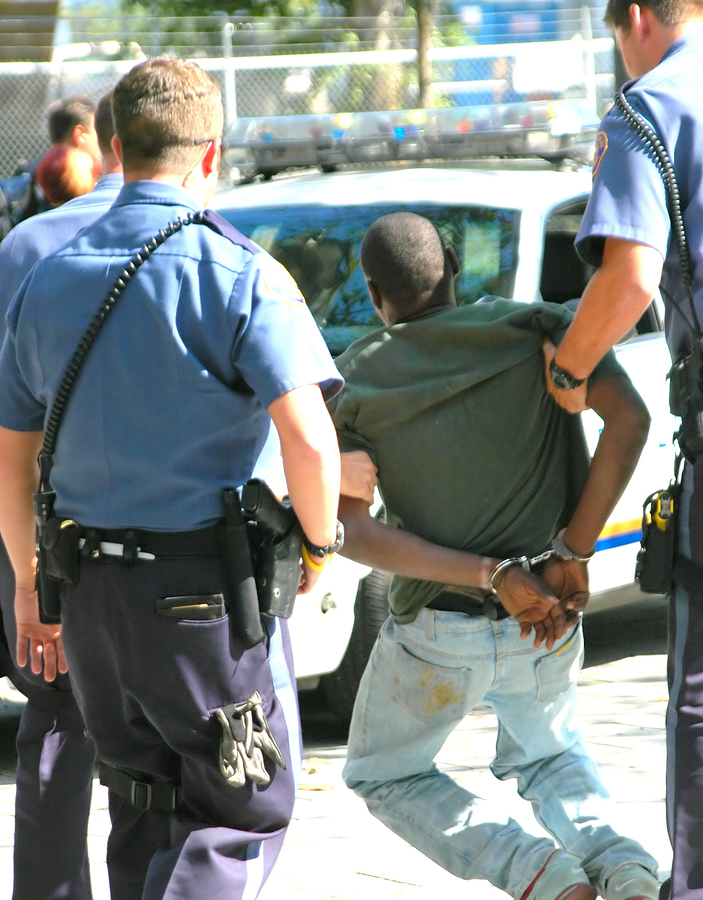 Today, I came across two articles worth sharing. The first one, was written by a racist white man. (The Talk: Nonblack Version by John Derbyshire). The second one, was written by a non-racist white man. (The Talk: By a White, for Nonwhites by Josh Bowman). I found each article to be interesting and enlightening into the psyche that is, “white America.” Although Black America shares a country with white folks, the country is still very much divided. There are places that we will never let our white counterparts enter, and then there are places that our white counterparts will never invite us to enter.

10. Thus, while always attentive to the particular qualities of individuals, on the many occasions where you have nothing to guide you but knowledge of those mean differences, use statistical common sense:
10a. Avoid concentrations of blacks not all known to you personally.
10b. Stay out of heavily black neighborhoods.
10c. If planning a trip to a beach or amusement park at some date, find out whether it is likely to be swamped with blacks on that date (neglect of that one got me the closest I have ever gotten to death by gunshot).
10d. Do not attend events likely to draw a lot of blacks.
10e. If you are at some public event at which the number of blacks suddenly swells, leave as quickly as possible. 10f. Do not settle in a district or municipality run by black politicians.
10g. Before voting for a black politician, scrutinize his/her character much more carefully than you would a white.
10h. Do not act the Good Samaritan to blacks in apparent distress, e.g., on the highway.
10i. If accosted by a strange black in the street, smile and say something polite but keep moving.

Highlight from Bowman’s article:
10. Thus, as you can see by my airtight argument here, just be careful around whites and use common sense:
10a. Avoid concentrations of whites not known to you personally. If they are known to you through MTV (i.e. the band “The Fray”) or if you recognize them from a dream that you had, they are probably ok.
10b. Stay out of heavily white neighborhoods, unless you are really into sipping lattes and listening to Michael Buble while wearing yoga pants.
10c. If planning a trip to a museum or a park or whatever at some random time or something who cares (I’m just phoning this one in, to be honest), find out whether there will be a lot of whites around. Seriously. I am suggesting that you pick up the phone, call the city, and find out if a lot of white people will be at the park. Do it. See what happens.
10d. Do not attend events likely to draw a lot of whites. Avoid St. Patrick’s Day like the plague. That’s just good advice in general.
10e. If you are hanging out at some event, like Caribana, and suddenly you see a ton of white people show up, get the hell out of there. They will just ruin the whole vibe. Same goes for your favorite Chinese food restaurant.
10f. Don’t live anywhere run by white politicians. In other words, move to Jacksonville, Florida. Or…not America. 10g. Before voting for a white politician, scrutinize their character more than you would…oh, who am I kidding, doesn’t everyone just vote randomly?
10h. Don’t help anybody ever. They will axe murder you!
10i. If accosted by a strange white in the street, smile, but keep moving. They are either trying to sell you religion or get you to become a monthly donor to Greenpeace. Either way, that’s at least 15 minutes of your life you will never get back.

I’ve always kept a pretty diverse group of friends. What I find most interesting is the line where other races draw in the sand called, “I’m not sure you’re invited to this…” It’s that line that we are all very much made aware of no matter how much we try to neglect it’s existence. It’s a house party, a wedding, a cookout, or even an after-work function. You might spend almost all your time around someone outside of your race, but there comes a time when they will tell you, “Wait, not sure if this is your scene.” Fair exchange is no robbery, there are several places and events to which I will never invite my white counterparts. It makes you wonder what goes on during those events in which we separate.

An unrelated, but totally related story:

I was talking to a friend about how you can tell the type of friends you have and how their actions around you are typically who they are. We like to believe that our relationships with our friends are so very special. Truth be told, this is a rare occurrence. Chances are, the way your friends are with you, is the way they are with everybody. What does this mean? This means that if your friends will sit and talk about your other friends like a dog, when you’re not around, they talk about you like that too.

Why is this related?

If you’re wondering what white people do when there are no Black people around, it’s the same thing that Black people do when there are no white people around. The first article was written in response to, “The Talk” that most Black parents have with their kids about white people. The author, albeit a racist asshole, was simply doing what we all do as Black people. We warn our loved ones, mainly family members, about the dangers of other races. I always found this to be quite contradictory for Black people but after reading this article today, I reached an epiphany. John Derbyshire wrote an article to show what “The Talk” would sound like if white parents delivered it to their kids. He wanted to warn them about the dangers of Black people. However, there is a fundamental difference when Black parents warn their kids about white people.

There’s been a longstanding history of Black folks having bad experiences with white people. I don’t think I’ll ever be able to sign off on a warning from white parents to their children. Simply put, they don’t have to worry about having bad experiences with black people in the same manner as we do. White parents must come to grips that privilege prevents their children from ever experiencing the racism that Black children will experience in this country. White parents must know that when their children interact with people outside of their race, they will almost never have an adverse experience. However, since the arrival of Black people in America, when we interact with people outside of our race, there’s resounding history that says this may be an adverse experience. For that reason and that reason alone is why Black parents have “The Talk.” For that reason and that reason alone is why John Derbyshire’s “Talk” with his children is completely inappropriate.

I congratulate John Derbyshire for reminding us, especially during an election year, how some white people in America view Black people. However, I commend Josh Bowman for writing a satirical piece in response. For some reason, I’ll probably send around the second and hope the first dies in hell.