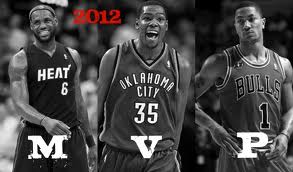 As the NBA season draws to an end, it is time to give out post season awards.  Why not start with the most coveted individual award, Most Valuable Player.  The NBA is estimated to have around 425 players active this season so the chance of a player winning the MVP award is 1/425.  Aside from NBA championships, MVP awards are discussed when defining a player’s greatness, so this award holds great importance in defining a player’s legacy.  The stats used in this article are as of the morning of Tuesday, April 10, 2012.  Let’s get cooking…Which NBA player deserves this season’s MVP award?  Here’s my breakdown of the top candidates with the best chance to win it: 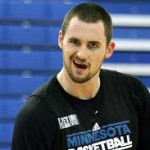 Entering this season, I was not big on Kevin Love. I thought Love was a lot of hype and he would not be able to live up to the numbers he produced last year…BOY was I wrong! Love has only gotten better this season in EVERY statistical category.  I know his team has a below .500 record. If his team was better, he would definitely make this list.  This season, Kevin Love is averaging 26.5 points, 13.5 rebounds per game, and shooting 37% from the three point line. I know of a few people who believe Kevin Love’s numbers should be marked with an asterisk since he’s producing these numbers on a bad team, but you can’t deny the man’s greatness.

See Also:  And The Winner Is, America? 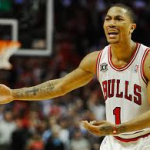 The Chicago Bulls have the best record in the NBA. Derrick Rose is averaging 23 points and 8 assists per game this season. The reigning MVP deserves to be in this conversation; however, he has missed 22 out of 57 games. It is hard to give this award to a player that has missed 39% of their team’s games.

In the era of point guards, Chris Paul has had the best season out of the bunch. Lob City (Blake,Chris) has had a few bumps in the road recently; however, they seem poised for their first playoff appearance since 2006.  The Clippers are 13—14 on the road, but their 21-9 home record has them seated as a top four team in the Western Conference. And none of this would be accomplished without the leadership and play of Chris Paul. Chris is averaging 19.3 points, 9 assists and 2.5 steals per game this season.  Everyone talks about Lob City. But besides Blake Griffin, Chris Paul has really turned a mediocre team into a top four team in the West in his first season in Clipper land. 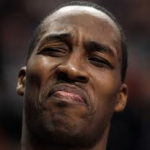 Dwight is the most dominate big man in the league since Shaq was wearing yellow/purple. Dwight is averaging 20.6 points, 14.5 rebounds, and 2.1 blocks this season while leading his team to the playoffs. Dwight is the only person on this list who does not have a Robin on his team. Without Dwight, The Magic would be t-u-r-i-b-b-l-e.

See Also:  Why the Engagement Ring Isn't as Big a Deal as You Think 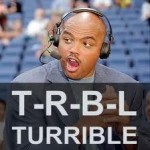 But we can’t ignore how Dwight’s recent back injury and his issues with management are overshadowing his strong performance this season. 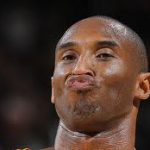 Kobe Bryant is the closest thing to the “holy grail” when it comes to this era of basketball. Entering into his 15th season, I expected Kobe’s game to start declining, and for the Lakers to feature their offense around a young Andrew Bynum…Yet again, I was completely wrong! Kobe Bryant is probably having his best offensive season of his career. He leads the league in scoring this season with 28.1 points per game while leading an older Lakers team to the third seed in the West.  He also has a great chance of earning another championship and further cementing his legacy. 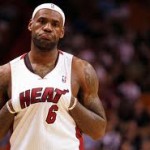 A month ago, I had Lebron as #1 on this list. But as of late, the Heat have been slumping. Despite their slide, they are locked into the second seed in the East courtesy Lebron’s play.  He has won two MVP awards in Cleveland, but he’s having his best statistical year this season. Lebron is averaging 26.8 points, 8.0 rebounds, 6.4 assists, 2 steals per game while shooting an outstanding 53% from the field.

See Also:  I'm Having A Boy: Fear, Excitement and Anxiousness as Fatherhood Approaches

There is no doubt the Miami Heat will be ready come late May. However, their recent struggles will only hurt Lebron’s chances of winning his third MVP. Well, that and the fact people will judge him based on his performance in the playoffs and not what he’s done all season long. 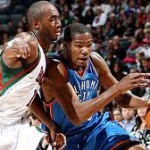 The Oklahoma City Thunder have the best record in the West thanks to the leadership of Mr. Kevin Durant. I have never been a fan of watching western movies but every time I watch Durant play, I feel like I am watching a good old fashion shoot out. Kevin Durant has a 6’9-6’10 frame, so he causes match-up issues for opposing shooting guards and small forwards. Durant is averaging 27.6 points, 8 rebounds, 1.2 blocks, 1.4 steals per game, while shooting 50% from the field. If Durant improves his game, it will become unfair for whoever has to guard him on a nightly, which could mean multiple MVP awards for years to come.

Is this the first of many MVP awards for Kevin Durant? Who is your favorite for MVP this season? Anybody missing from the list? Let me know in the comments.