Trial by Media: George Zimmerman to be charged in Trayvon Martin shooting 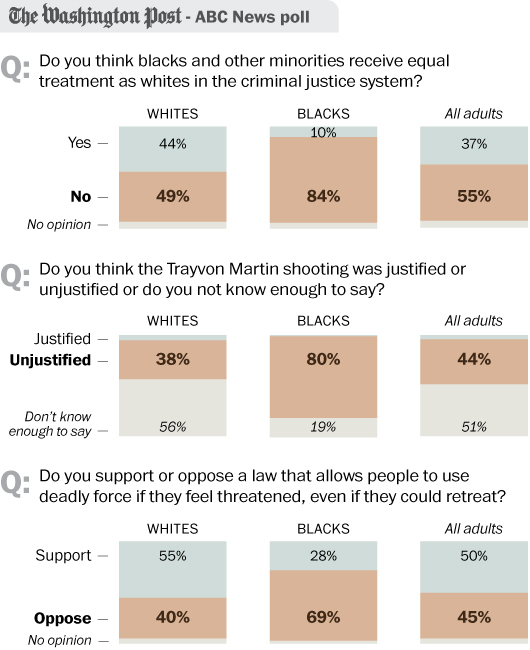 The Washington Post reports George Zimmerman, shooter of 17-year-old Trayvon Martin in February 2012, will be charged by Florida’s special prosecutor, Angela Corey as early as this afternoon. If you read my first write-up on this story, you’ll note I have never asked for anything more than for George Zimmerman to be arrested so that all the facts can come out in a court of law instead of the court of public opinion.

Florida special prosecutor Angela Corey plans to announce as early as Wednesday afternoon that she is charging neighborhood watch volunteer George Zimmerman in the shooting of Trayvon Martin, according to a law enforcement official close to the investigation.

It was not immediately clear what charge Zimmerman will face.

Despite my original charge for arrest, I have remained noticeably quiet as I observed the George Zimmerman and Trayvon Martin trial by media circus unravel before me. If  Mr. Zimmerman is arrested today, I know this will not be the end, but only the beginning. Frankly, the media’s portrayal of this case – with few exceptions – disgusted me. The media took a murky issue and capitalized on an opportunity to divide the nation along racial lines. They manipulated stories, used doctored 911 tapes, and alternated between inaccurate photos of young black males who turned out not to be Trayvon Martin and Zimmernan’s 2005 arrest photo versus his clean cut dress suit photo as they saw fit to force their varying story’s agenda on us. The media did not use this opportunity to educate the public. They used it to infuriate.

However, the media is not completely to blame. All they did was expose many of our own underlying stereotypical insecurities. We, the public, are just as complicit. Some of us wanted to believe a white man hunted down and murdered a young 17-year-old black boy, case closed. Others wanted to believe a hapless Hispanic man shot a 6’3, black thug in self defense, case closed. Few of us on either side wanted to bother waiting for facts. Instead, we wanted to rely on preconceived notions, racial insecurities, and an underlying paranoia of one another’s motivations. All the media did was capitalize on these insecurities for money, TV views, and page clicks. We complied. Therefore, I blame everyone, because everyone is culpable.

I’m not sure what will happen next in this case. I hope we can collectively rely on facts, rather than emotion. Sadly, given my observations over these past few weeks, if not years, I do not believe that will be the case. We are not at that point and I worry we never will be. When top news organizations continue to rely on headlines like the one I saw on CNN this morning, Study: Republicans, whites more tired of Trayvon Martin coverage, I am not optimistic for the future or that of our children.

See Also:  Don't Be Thirsty: Be Hard To Impress

In 2012, I would hope – in vain it seems – I would see headlines along the lines of “America Unites to Understand Circumstances Surrounding Tragedy Affecting Both Families.” Clearly, I live in a dream world. In the real world, regardless of the absence of facts, people still choose to view the world through the only two colors that matter to them: black and white.

tags: Arrest Charged George Zimmerman Trayvon Martin
previous The Pros and Cons of the Facebook Acquisiton of Instagram
next The 2012 SBM Men's Goto Guide: The 7 resources that men need to know