Let Me Clear This Up: Five Myths About Introverts

I was owt last week at an Omega event in NYC to fulfill my brotherly obligation after a long ass day in the office. If you know anything about me, I’m much more likely to go home after a long day than to a party where I have to channel my inner chatsworth. That’s part of the whole introvert thing. So making it to the event was kinda like a big deal. I figured I’d go in, make my rounds, do a few secret handshakes, have a drink or two, then be out. A typical Slim appearance during a long week of indentured servitude.

So I walked in, said what up to a few brothers, found the chicken (Never been to a bruh event that didn’t have chicken), then went to the bar. After copping a drink, I found a spot to post up. It’s a ritual of sorts. Sip, check my battery, say hello to someone, make small talk, repeat.

A couple ladies were seated nearby at a high table. They saw me chilling in solitude, so they waved me over. I introduced myself, got their names, forgot their names, then went through a scenario I’ve come to know too well.

Chick 1: You looked lonely over there.
Chick 2: Yeah, are you okay?
Me to self: I was okay until you called me over here.
Me to them: Yeah, I’m good. Haha. Just chillin’. Long day today.
Chick 2: Do you know anybody here?
Me: **After asking her to repeat herself 3 times** Yeah, I’m a Que.
Chick 2: *After asking me to repeat myself 3 times** Ohhh, really? You don’t seem like one.
Me to self: Your breath smells like mongoose droppings and Appletini, but you seem like you brush your teeth.
Me to her: I get that a lot.
Chick 1: I can’t hear you!
Me: **nasal sigh** My bad. Hold on. I’ll be back.

I ain’t go back over there until it was time to get my coat and leave. They looked at me sideways as I headed out. I realized I’d probably come off as a less than voracious wackasaurus, but I didn’t care. I wasn’t there to meet or impress anybody. I had no interest in yelling over the music. I was there to support. And as I headed to the train station, it dawned on me how often women probably meet men who come off the same way I did. I thought about the easily formed misconceptions people have about introverts. I didn’t exactly do a great job of “representing,” so I decided to write this post and debunk a few myths — more so about the fellas, but I’m sure women can identify too.

We don’t lack social skills. We’re just environmentally challenged sometimes. For me, the more crowded the room got and the louder the music blared, the less interest I had in carrying on any type of extended conversation. It actually felt like I was powering the massive subwoofers. That’s cool until the music stops.

If those same two women met me at Denny’s after the let out, on the street, in a less crowded setting, or on a different day at the same venue, they’d have gotten a different version of me. One that was much more reflective of the person I am…when I’m in my element and in the mood. Key takeaway for introverts: If you’re looking to meet people of the opposite sex, know where you thrive and when your energy is the highest. There’s no point in hitting up the club or loud ass bar if your battery is gonna die in an hour. Might as well stay home plugged into the charger watching some reality show. For Basketball Wives, When Your Life’s Drama Isn’t Enuf.

I looked up the definition of shy and got the following:

Having or showing nervousness or timidity in the company of other people.

By this definition , every time introverts are around people, they’re prone to spinning in circles while the voices of the crowd get chopped-n-screwed (slllooooow motion for meh) and the theme from Requiem for a Dream foreshadows they’re about to lose it. All this happens before the introvert lets out a cry of “get away from me!” and bolts for the door. That’s not introversion. That’s something that most likely requires pills and therapy. Introversion isn’t a medical condition or predilection for exit signs. Some extroverts and wishful daters don’t get that.

In case you really wanted to hear that Requiem theme…

Introverts aren’t scared of people or interaction. We actually enjoy talking and observing, and can probably tell you more about yourself than you can about us (Just don’t ask us to yell over the crowded room). And that’s without you disclosing much. Put more simply, we’re thinkers with great inductive reasoning skills. Great minds don’t always talk a boisterous game, because sometimes we just like to show you.  Which leads me to the next myth… 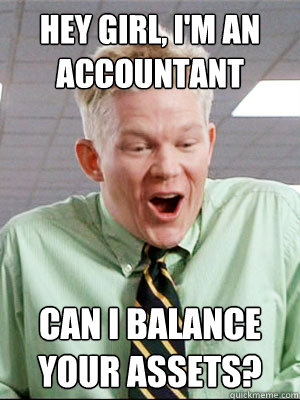 Introverts don’t have game or know how to approach the opposite sex.

A good number of women I know who’ve dated introverted dudes said it took time for the guy to grow on them (no innuendo). That’s not an accident. After all, we’re some of the greatest tricksters (not necessarily a bad thing) out there. As I noted above, we extract a lot of information from people without revealing much about ourselves, then we charm our way to your hearts 1-on-1.

Also, the same women that said it took time for the guy to grow on them noted that the man did make the initial approach. He didn’t always knock it out the park on the first meeting (usually somewhere with an excessive decibel level), but he piqued enough interest to get their contact info…their real contact info. After that, he took the lead and channeled all that chi through the headboard once he got over the moat. Once again, it’s all about energy and setting. We may not always get you at Club Capacity, but we’ll get you at the grocery store while you’re squeezing tomatoes and judging lettuce.

I’ll say this, comfort and confidence are two different things. So I feel the same way about comfort zones. I don’t consider yelling over music at the club to be a good example of going out of your comfort zone. I call that stupid. However, approaching a small group of women at a mixer because you’re  interested in one is right up the alley. The only thing she has to do is smile and be inviting. (By the way, if me saying smile made you frown, you need to move to a different city.)

I’ve also learned that the biggest barks often come from people that look in the mirror and see a chihuahua. So if you equate being gregarious, loud, and social to being a great and confident person, you’re wrong. Some folks can’t function without spotlights. Introverts can. We don’t need social validation because we’re good with ourselves. None of that “you are beautiful, no matter what they say” necessary. Words ain’t bringin’ us no where.

Fun is relative. So is adventure. If you’re looking for someone to climb the Himalayas with you and your high strung friends, then party with the locals over a meal of boar meats and field mice patties, an introvert probably isn’t the one for you. But if you’re cool with small group outings, dinners, house parties, game nights, and adventures that don’t always require working the room with faux-interest in what other people are saying, then we can have some fun. Besides, we’re mysterious. How often have you heard someone describe an introvert as mysteriously boring?

These are just five myths about introverts that I commonly hear. I could go on and on, but I want to know what you have to say. Which do you consider yourself? Introvert or extrovert? For the introverts out there, do you agree with this list? Are there things you’d add? For the extroverted fam, are you more drawn to the extroverts or do you consider the introverted types when it comes to dating? This is probably a good time to ask about things you don’t understand about introverts. All thoughts are welcome!

Writing in Solitude But Dontchu Get It Twisted,

tags: definition
previous The 15 Most Annoying People in Black America
next Why Men Don't Attend Anything That Smells Like a Singles Event