Along with Sir Spradley, I saw Think Like A Man this past week at an advanced screening courtesy of the folks at LuxeLife Media Inc. I was pleasantly surprised at how good the movie was. It’s not gonna win an Oscar or change the trajectory of Black movies for years to come, but it’s a flick that I think people are doing themselves a disservice by not seeing, particularly if they like comedy. That leads me to my next thought.

I waited a few days to post on this because I wanted to see what feedback people openly shared. I also wanted to follow the comments that trickled in on Sir Spradley’s post. For the most part, the reviews have been positive. But I can’t help but notice the contingent of men and women that’ve refused to see the movie because of the title alone. People saw that, Harvey’s face, and assumed the movie would be a silver screen how-to video on how to find a man. That’s not what the movie was about at all. Is the movie based on the book? Yes. Is it another shot at Black women and their singledom? Nope. Is it purporting to be the key to cuddles and everlasting love? Negative.

At its core, Think Like A Man is a relatable romantic comedy on par with much of what we’ve seen over the years from our White counterparts. With the movie being a RomCom, it’s as big a joke as what people think of Harvey’s book…but in a good way. And though I got the comedic point of the movie and walked away pleased, there are a few things about this whole experience that jumped out at me.  Let me elaborate.

Sometimes We Say No To Sh*t Without Really Knowing Sh*t.

I’ve seen people say they can’t support anything with Steve Harvey’s name attached to it because it indirectly means they support what he’s put to paper. I just find it interesting how vehemently against the movie some folks have been without knowing anything about it other than the name and book associated with it. Maybe this is partly because of our already low expectations around Black films. Maybe this go around people made a conscious decision to not support something they figured would lack quality because of their thoughts on the book…even though they didn’t read it. Let me note something real quick for those that’ve been around for a while.

A few months ago, I wrote about how the previews for Red Tails (ho hum) didn’t make me wanna see the movie, and how a lot of Black folks were urging others to check it out because the future of Black film depended on it. Didn’t matter if the movie looked bunz. Some felt seeing it was as important as voting. I disagreed. That post was met with some disappointment and claims of misplaced negativity. I still hold that the movie didn’t look enticing. But after seeing it, I have to say that it was alright and I don’t regret the money spent. The reason I’m making this reference? I didn’t refuse to support because of anybody associated with the movie. I wasn’t inclined to support because it just didn’t look good. But even with that, I took to the theaters to form a more educated opinion. In other words, I gave it a chance.

Unrelated but relevant: The critics over at Rotten Tomatoes have Think Like A Man at a 50% as of 4.24.12, but the audience has it at 86%. I genuinely believe some of the critics didn’t see the movie. They just read a plot synopsis and took to their keyboards. 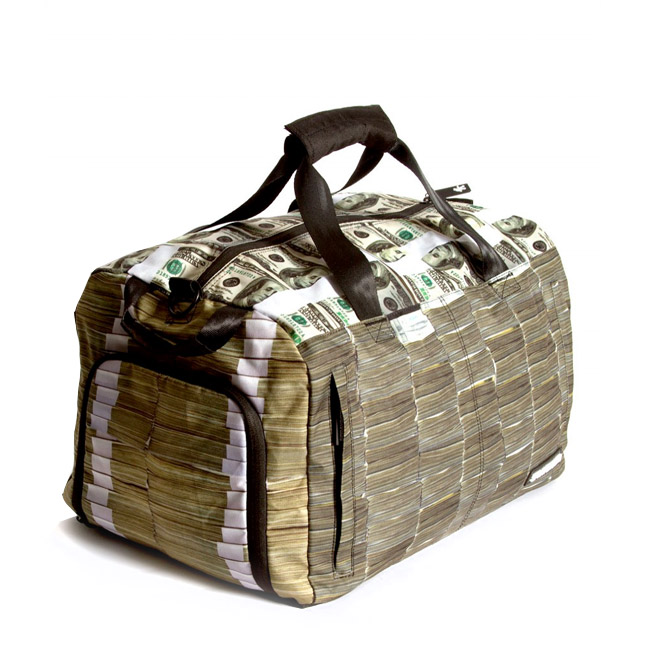 TLAM Clearly Hollered At The Duffle Bag Boy For Marketing.

It’s crazy to me how hard they went with promotion for the movie. I’m sure it’s somewhere out there, but I’m wondering what the marketing budget was for the film? They beat people over the head with so much advertising that a lot of folks thought the movie came out weeks before it actually debuted. And the greatest thing about the marketing and the way moviegoers were urged to check it out? There was no guilt tripping and emphasis on “duty.” The heavy promo — cast appearances and all — spoke for itself and the flick won harder than the law.

See Also:  The Space Between: The Help, Red Tails, An Oversimplification of Her Beauty and the Problem With Black Cinema

Red Tails pulled in $19.1M on opening weekend. Think Like A Man pulled in $33.6M, which was way head of the $17M projection. Whatever that marketing budget was, it paid off big time. Even the racist White folks angered by Black character(s) in Hunger Games knew this joint was coming out…and they were further angered by it.

If there was one consistent piece of negative feedback I heard, it was about Gabrielle Union and Jerry Ferrara’s relationship in the movie. The surprising part was that it wasn’t about them being an interracial couple (By the way, I’m glad the movie didn’t emphasize this). It was about how “unrealistic” it was for a man of his height, lifestyle, and looks to pull someone that looked like Gabrielle. Gotta be honest, this never crossed my mind when I was in the theatre. Walking through NYC, I see guys of various elks and ethnic backgrounds with beautiful Black women enough that I don’t even do a double-take (usually). But it was really interesting hearing (seeing) women say they wished another male had been cast to play his role. The movie didn’t shed light on how Gabrielle’s character was raised and where she grew up, but a lot of folks (women) had an opinion on the type of man she should’ve been with for reasons I have not inquired about. Maybe this is a case of not being able to separate the actress from the character…or a little projection. You can tell me. I won’t be mad.

These are just three of my thoughts. What about you? What did you think of the movie and the reactions to it? Did you check it out? Do you even plan on checking it out given what you know now?

P.S. In case you were wondering, there was no sponsorship behind this post. My bank account actually has less money in it than when I first started writing this.

tags: Black Movies review think like a man
previous Do Men Ever Step Up Without A Woman's Expectations?
next Concession Stand: A Discussion On The Compromises Men Make In Relationships