Five Reasons Why You Can’t Be Michelle Obama

How many times have you gone on Facebook and seen that one of your female friends has changed her profile picture to the Obama’s, or even just a picture of Michelle? Yeah, it happens a lot nowadays. It seems that a growing majority of Black women find themselves in an unhealthy admiration of Michelle. Let me get this important part out of the way quickly; Michelle Obama is a heck of a role model. There aren’t many Black women as awesome as she. So why do I take issue with some people’s unhealthy admiration with Michelle? Simply put, I don’t think most women have what it takes to walk a day in her shoes.

I had the option of writing this post in the “Vintage Dr. J” voice and somewhere along the way I decided against it. I realized that there is no bashing that needs to be done, and the points that I will make today can all be made without finger pointing. I wanted to point out five key characteristics in Michelle’s life that really show obvious difference between Michelle and many of her admirers.  Keep in mind, this is not a list that you can pick and choose what applies.  ALL of these things apply to Michelle – Future-style – AT THE SAME DAMN TIME.

Make no mistake about it– Michelle is not a silent partner. 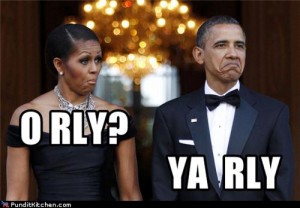 The general public has never seen Michelle scream at Barack, nor do they have any evidence to suggest that she ever gets all that upset with him. If you believe that, I’ve got a bridge in Brooklyn I would love to sell you. Here’s how Michelle does it– when you’re not looking and there’s no one around. I’ve always told my friends that there is nothing wrong with an opinionated woman; it’s about when she turns that on. If you’re out at dinner with another couple, it’s probably not the best time to complain about personal qualms. However, the car ride home is perfectly acceptable. I’m pretty sure that Barack has reneged on a few dinner dates and movie nights in the last four years. Michelle is awesome, but she’s still a Black woman. Please believe that when Barack tried to sneak in the bedroom after missing a movie night, he heard about it. To the general public, we never had a clue.

Michelle had the courage and foresight to date down. 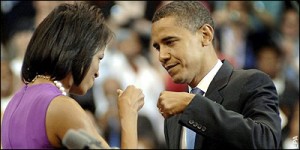 I don’t know if choosing to date the future President of the United States could be considered dating down, but you don’t see many couples like the Obama’s. Michelle could have easily overlooked Barack’s advances and only played her mentor role. She turned him down a few times, but eventually she decided to give in. There are so many women trying to find the right mate, but they refuse to adjust their standards. Let me repeat that, “they refuse to ADJUST their standards.” I can’t tell you how many times I am trying to give advice to a woman only to conclude, “I know everything you don’t want but nothing about what you really want.” Take the page from Michelle– every now and then you have to ADJUST your standards. 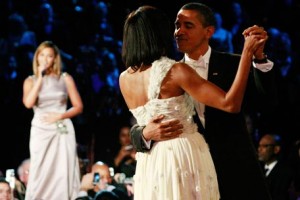 It was never easy and it won’t get any easier anytime soon; but Michelle has learned over the years that she would have to stand and cheer. I’m sure that when Michelle was growing up and imagining what her life would be like, it didn’t look like playing second fiddle to some guy from Hawaii. I’m also pretty sure that by the time she got to Sidley Austin, she also didn’t see second fiddle to the new Associate in her future. However, once she found a great man, she agreed to be patient, for the light is always at the end of the tunnel. How many women do you know who would have been comfortable with waiting until 34 or 37 to have children? That’s patience.

See Also:  And The Winner Is, America?

Faced with the option of Vera Wang, Michelle chooses H&M. 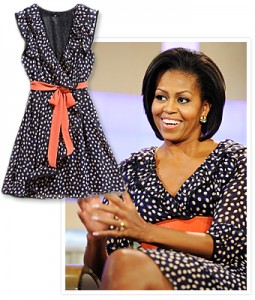 When I found out that Michelle shopped at H&M, I fell in love. I am fully aware that this may just be my network and me, but I’m so tired of hearing about Christian Louboutin and Tiffany’s jewelry all the time. I don’t want to buy a Louis Vuitton bag or pair of Jimmy Choo’s. One thing that a man always has to consider is if he can afford his woman.  If at an early point in his relationship he doesn’t think he’ll be able to give her the standard of living she wants, he’ll walk away. It’s not just about affording your woman. The other part about Michelle choosing H&M is it shows us that Michelle is willing to sacrifice, even at times when she probably doesn’t have to. When you think about how much money was raised for Obama in 2008, there was clearly a budget for Michelle’s wardrobe. Yet somehow, she managed to do it at less than Stacey Dash’s fashion budget on Single Ladies. That’s admirable.

Michelle is not afraid of a little sweat getting in the way of a wash & set. 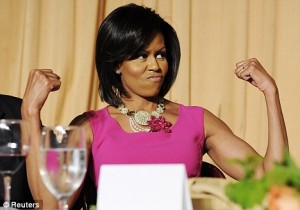 The next time you’re looking at a picture of the First Lady, take a look at her arms. I’ve got my tickets to the gun show. Michelle is in amazing shape. She is a religious gym rat, and she never hesitates to stress the importance of exercise and eating healthy. (I’m keeping it real, I know that every now and then the First Family communes on some Popeye’s.) Let’s just be honest, a lot of Black women are afraid of the gym because of their hair. That’s a horrible outlook on life and your physical health.

See Also:  She Didn’t Want To Date Me, Because I Was A Black Greek 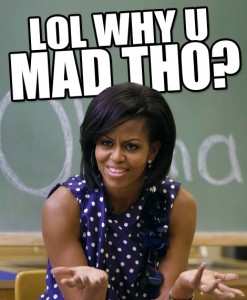 All things considered, Michelle isn’t an abnormality or a glitch in the Matrix. If there is anything that Michelle does well, it’s being consistent. She has consistently lived a life in which she controls what she can control. She lives a life that supports her family and when needed she leads. While none of us know Michelle personally, based on what we do know, she’s never given us any reason to believe that she isn’t great. If you’re looking at Michelle as a role model, you have to admit that these five points here are what separates the girls from the women. It shows patience, humility and drive. Those are the qualities essential to awesomeness.