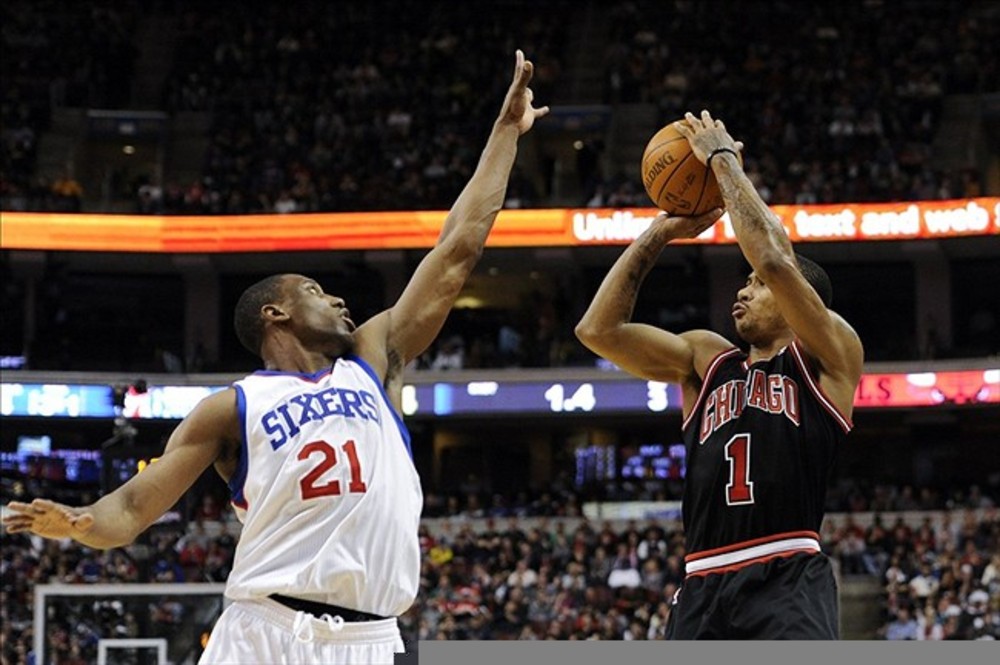 Chicago Bulls – This is a Tom Thibodeau team through and through. The Bulls play tough team defense while limiting their offensive mistakes. The Bulls are the number one team in the East while Derek Rose has missed 40% of their games this season…which has only made the Bulls success all the more impressive! Derek Rose has played in the last few games so the Bulls look to have their MVP back in time for the playoffs.

Philadelphia 76ers – The 76ers have a bunch of young, athletic wing players while being led in part by a wise and talented veteran in Elton Brand. The 76ers were one of the best first half teams in the NBA, but as of late they have fallen on tough times. One of the advantages of being a young team is that you never focus on yesterday and you believe anything is possible today, so the 76ers could leave their losing ways behind and focus on creating success in the playoffs.

Prediction: As Rose continues to get into game shape, the 76ers lack of a go-to player will hurt them in closing out games in the playoffs. I believe the Bulls have a chance to sweep the 76ers but the Bulls will win this series 4-1. The defensive intensity Chicago will bring to this series will be too much for the Sixers to overcome. 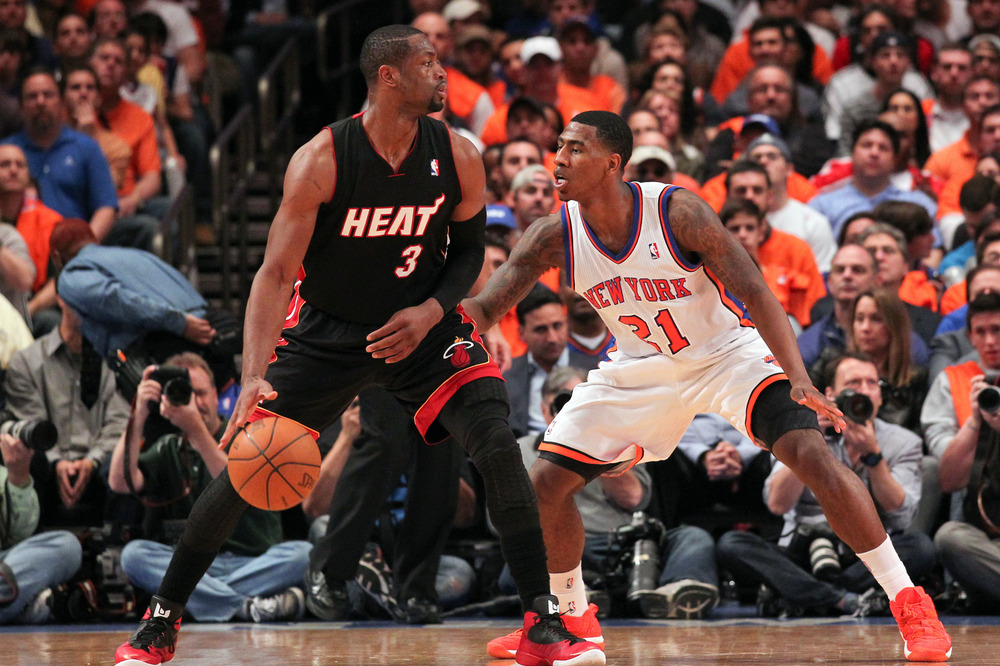 Miami Heat – Miami has the best two wing players in the NBA. The Heat play great team defense and can close a series out because of that. The biggest concern for the Heat will center around Dwayne Wade and Shane Battier. Wade has not played since dislocating his left index finger against the Wizards last Saturday so will he be ready for this series? Shane Battier has to be effective in guarding Carmelo Anthony, while allowing Lebron to not have to take on the defensive assignment of guarding him and exerting too much energy on the defensive end.

New York Knicks – The Knicks are one of the hottest teams in the NBA heading into the playoffs. The Knicks are 7-3 in their last 10 games while playing great team defense under interim coach Mike Woodson. Carmelo is un-guardable most nights, Amare is back, and Tyson Chandler continues to be their defensive stopper in the paint while Iman Shumpert continues to be their defensive stopper on the wing. Offensively, the Knicks have enough shooters to beat any team in the NBA.

See Also:  Every Dream Has A Price: Three Black Men. One Common Goal.

Prediction: This is going to be the most entertaining first round series since the last time these two teams met in the first round in 1999. However, the outcome of this series will be different since I believe the Heat will win this series in 6 games. 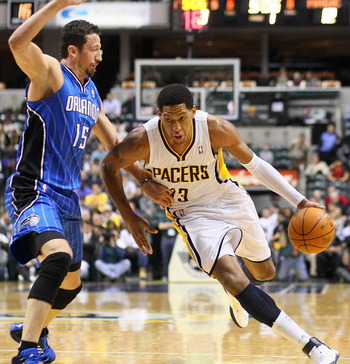 Indiana Pacers – The Pacers have served as the biggest surprise in the Eastern conference this season. Frank Vogel should definitely be in consideration for Coach of the Year. The Pacers are a young, athletic team. They have tons of length on the wings with Danny Granger, Paul George and George Hill and they have great depth inside with Roy Hibbert, David West and Tyler Hansbrough.

Orlando Magic – How would Metropolis be without Superman to protect the town? The Magic offense and defense are all based around the strengths of Dwight Howard. With Howard out the reminder of the year, the Magic are going to need Ryan Anderson, Hedo Turkoglu and Jason Richardson to have a career series to give them a chance to win this one.

Prediction: No Dwight Howard, possibly no Glen Davis to start this series, and a hurt Jameer Nelson….Christmas comes early for the Pacers as they will win this series 4-0. 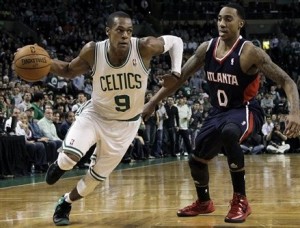 Boston Celtics – The Celtics are listed as the higher seed because they are the winners of the Atlantic division but the Hawks will have home court advantage in this series because they have the better team record. Behind the resurgence of Kevin Garnett, the continued strong play of Paul Pierce and Rajon Rondo, the Celtics have been one of best teams in the NBA during the second half of the season and they seem to be gaining momentum at the right time.

Atlanta Hawks – Led by All-Star Joe Johnson, the Hawks continue to develop their young talent while staying on top of the East. In the absence of Al Horford, Jeff Teague has filled in nicely as the Hawks third scoring option while Josh Smith continues to be one of the most underrated players in the league.

Predication: The Big 3 are getting older and they are all one step slower than they were last year, but they continue to be effective. The Atlanta Hawks continue to be a talented team that has never had much success in the post season. The Celtics should win this series 4-2. The Boston Celtics are too hungry and determined to lose to the Hawks.

So SBM readers, what do you think about my first round prediction of the East Conference? Do you agree with my picks? What team has the best chance for a first round upset? What team is hot at the right time? Which series will be the most entertaining?