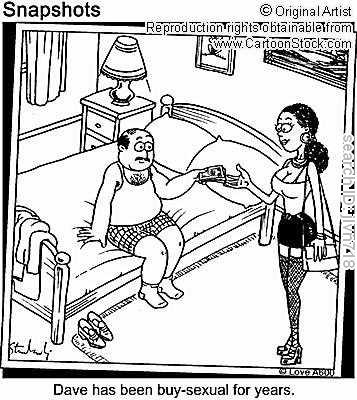 I overheard a conversation at the gym a week ago, which was about women (surprise surprise). Dudes were discussing the Secret Service scandal, in which these men were hiring hookers and getting crazy. Besides the fact that they were in a foreign country on business, they attempted to play and didn’t want to pay. As appalled as the fellas were that these Secret Service members were defaulting on their coochie coupons, they were adamant in their objection to ever paying for sex. One gentleman said plainly “I never paid for sex, and never need to pay. My swag is immortal and I can pull chicks without having to put any money on the table!”  I had to disagree in theory with this fellow because in my opinion, men have paid for sex and other favors throughout time, whether directly or indirectly!

We all know about the billion dollar business that is the porn industry. Sex has been lucrative ever since Eve swindled Adam into taking a bite of the forbidden fruit, and Adam became aware that she had that Cake too! Prostitution is the oldest profession in the world. It’s no secret that sex sells and men are buying, but how do men pay in other ways? If you’ve ever heard Jay-Z’s song “Power of the P.U.S.S.Y”, then you know the formula. Women buy clothes to stunt on hoes. Men don’t buy fresh clothes, nice kicks/shoes, and other items so that Ricky will envy them! They buy it for YOU ladies! That money you invest into yourself, will contribute to your overall appeal and limitless vaginal victories. While you didn’t put the money into her hands and say “Be gentle”, your financial investment contributed to your success with the love below. I could give other examples, but my dude Wis wanted to chime in with his light skinned viewpoint.

I’m not sure why we have this discussion every few months. Men pay for sex all the time, b. Any man who doesn’t believe that is in denial or broke. If you don’t believe me all you have to do is perform a little experiment: You know that girl letting you access her pum pum star? Stop paying for everything, immediately! Now wait 30 days and report back to us how much access to the pum you received afterwards. According to the comment section on Mr. Spradley’s Single Sam Series, some women are fine with accepting money in return for sex as well. You’ve got to pay to play, I guess. Even The Boondocks’ Riley Freeman questions if there is any real difference between paying for dinner and paying for sex:

I don’t know how other men operate but when I see a lady that catches my romantic eye and I offer to buy her drinks or whatever else, I’m not paying because she had a great looking personality. Therefore, I guess the argument is men are saying they aren’t paying outright for sex, like for an escort, hooker, or prostitute. That’s fair and I can buy into that logic. I’m going to overlook the hypocrisy of the fact that these are usually the same men, as Streetz mentioned, that willingly drop half their paycheck or more on clothes (to look good for women), the VIP section (to stunt on women), and acrobatic pole dancers (to see naked women) of women they are not even having sex with and move on to playing Devil’s Advocate.

Like most things, I don’t feel one way or the other about escorts, prostitutes, and/or women who have made the unforced grown-up decision to sell sex in exchange for money. Additionally, I don’t have much to say about the men who employ them. It’s trickin, even if you got it, but if that’s how you choose to spend/make your money, do you. As I often say, what you do with your genitals is none of my business. I have my opinions, of course, but they aren’t important to this discussion. As far as men saying they won’t pay for sex, I have a few follow-up questions: 1) Is this a moral objection? or 2) Is this a financial objection?

Frankly, beyond the moral objections – which I respect – I think most men don’t (incorrectly think they) pay for sex because they don’t have the means. I look at how much men waste on women already and I can’t see these same men suddenly objecting to spending money on women if they were world travelers (Secret Service) or rich. It doesn’t make sense. First, the Secret Service is comprised of a number of married men. Second, while an esteemed agency, these guys start at between $43,000 – $75,000, ($80,000-110,000 with OT and nighttime/hazardous differential) so they are arguably not rich. I think it is safe to say these highly trained, highly educated and highly public figures are representative (if not more so) of the typical man. Yet, you mean to tell me Tyrone from the Block with the white tee and Nike foams is above paying for sex if he’s afforded the opportunity and means to do so? I guess I’m slightly more than doubtful. To end, I’ll quote an admitted, and largely well-known in celebrity circles, working girl on the subject.

“You’re not paying me for sex. You’re paying me to keep my mouth shut.” – Jenna Shae

Ladies, I will never blame you for getting the most bang for a man’s buck. If a guy wants to take you out and shower you with gifts, they can’t clamour against “gold diggers” because they set the bar! You can’t say that women only want you for your money, if you make it rain on every date voluntarily! The difference between men and women’s investment, is that women will invest in themselves knowing the potential for their return on investment. Men will financially invest in self, and be oblivious to the versatility of their investment.

See Also:  You're About to Ruin This: After Sex Do's and Dont's 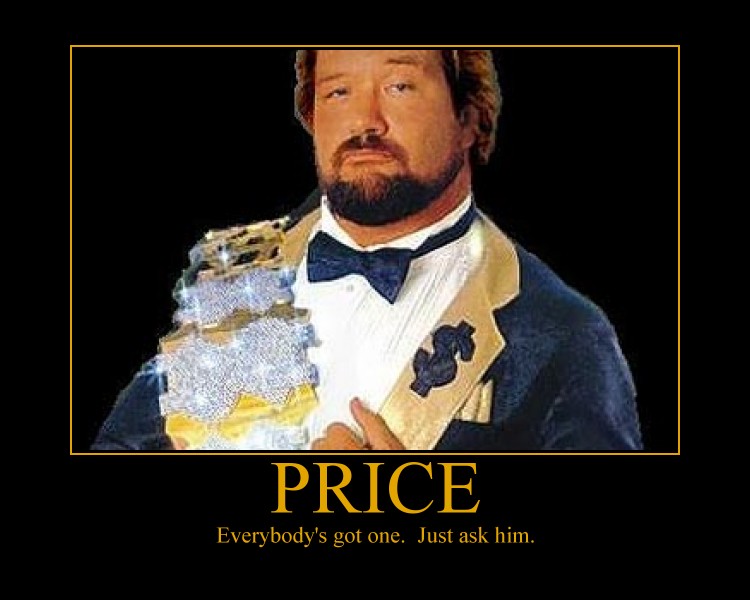 I’m not insinuating that every relationship is a glorified escort service. I just want to illuminate the fact that in some way, shape, or form, men financially invest in the dating process. It’s understandable that you don’t want to be viewed as a man who needs a bank account to guarantee intimacy with a woman. However, it would be naive of us to deny the financial aspect of the courting process. That haircut you got before your date, was that free? Did you find a miraculous way to illegally download gas into your car so you could drive to her off-campus apartment? Those $1.50 tic tacs that you bought to prevent your breath from kicking like Chun Li don’t count either? Please! If you don’t think that money plays a role in the male-female interaction process, just ask the men that go through divorce proceedings that pay alimony, or the men who actually pay child support monthly. If the right don’t get you, the left one will!