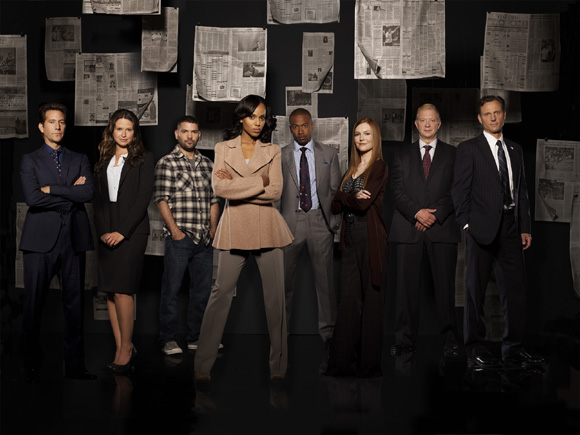 I pledge allegiance to the flag of the United Men for Kerry Washington, and to the republic for which we stand, one nation under a groove, impetuous, impregnable, with liberty and justice for all.

Show Summary: The newest from Shonda Rhimes, Olivia Pope (Kerry Washington) dedicates her life to protecting and defending the public images of our nation’s elite. After leaving the White House, the power consultant opened her own firm, hoping to start a new chapter—both professionally and personally—but she can’t seem to completely cut ties with her past.

Let’s put this in perspective real quick… In my lifetime, Thursdays at 10PM have always been a big night for television. Right off the bat, E.R. and Grey’s Anatomy are quick reminders of how that spot can control the ratings. ABC’s new show, Scandal, is a pleasant addition to our programming schedule. If you’re like me, you DVR most of your television because you don’t like commercials. Other folks are just generally behind on all their TV shows. However you watch your television, if you haven’t caught Scandal, you’re missing out.

Here’s a brief summary of what the buzz is about: 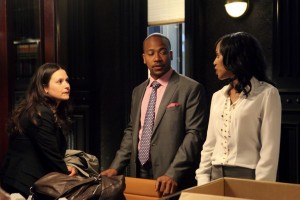 I’m black y’all. I’m black y’all. And I’m blacker than black and I’m black y’all – In a world where everybody complains about not having enough Black programming on television, we finally have the throne. Tell your friends, family and people that you don’t like all that much but love to prove how much better you are than them to watch. This show not only has one main Black character, but it has two. What up DJ?! 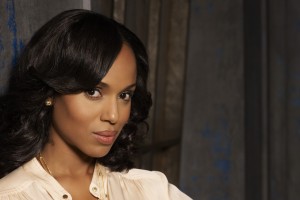 Not only that but it’s a woman – Generally speaking, I don’t think you find a lot of shows that don’t spotlight the woman in the lead role. But in addition to being a show that features a Black main character, she also a woman. She’s a poised, educated and powerful woman. We have waited a long time for another Maxine Shaw.

I love shows based out of DC – If you know anything about Dr. J it’s that he really loves his hometown. I’m on record as saying, “I was born here, I live here, my family is here, I’m probably gon’ die here.” With that said, I’m really loving all the shows that are based out of Washington, DC. Homeland was great, but Scandal is about to put us on the map.

When’s the last time you saw a TV show where the white lady was the one trying to keep it together – The first few episodes have shown that the person struggling to hold it altogether is, Quinn Perkins. Quinn is a young new-hire to the firm who is trying to find her place in the shadow of Olivia Pope. After last week’s episode, I had to ask myself, “When’s the last time a TV show had a white woman in a subordinate and slightly inferior position to a Black woman? Not never.” 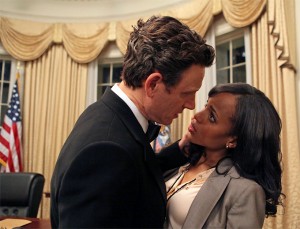 Wouldn’t be right if the Black lady didn’t have a little drama in her love life, but damn – Olivia wouldn’t be right, if her love life was right. After all, Olivia fits the profile almost to the tee. She’s smart, successful and powerful… her love life is a hot mess. Spoiler alert: Olivia was sleeping with the President, y’all! Of course she tries to downplay it and act like she was in some position of power, i.e., she broke it off. But, damn, that’s why Black people can’t have nothing.

There you have it! That’s your quick rundown of the show. Check it out, it airs at 10PM on Thursdays. It’s also On-Demand if you want to catch up on the past few episodes. Hey, it’s still in Season 1, so if you hurry up and join the bandwagon now you don’t have to spend a whole weekend catching up for Season 2.