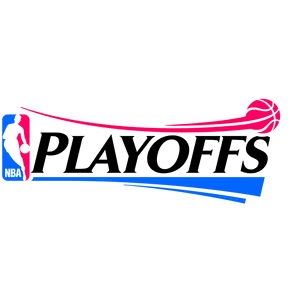 The Second Round of the NBA Playoffs is underway, and this is when series get competitive (sorry, Knick fans). My first round Western Conference predictions went pretty well (…despite the Grizzlies, who can’t score 75 points at home). Anyway, it’s time for Jay C00ke and I to update our predictions for the playoffs: 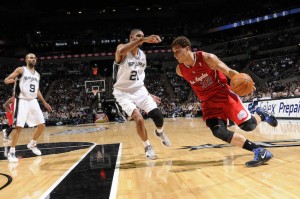 San Antonio Spurs – The Spurs ran through the Utah Jazz as predicted. In this round, they have the easier of their two potential matchups in the Clippers. The Spurs have a few key advantages in this series. They are one of the most balanced teams in the league and, if the first round is an indication, are playing great right now. Tony Parker has had one of the best years of his career. If he can match Chris Paul’s production, the Spurs should outplay the Clippers in most other areas.

Los Angeles Clippers – Lob City had a wild series with the Grizzlies. The seven games against them showed us every detail of this team. When the Clippers are at their best, Griffin is scoring in the post, the other big men are playing defense and rebounding, and CP3 is setting the table for everyone. Unfortunately, Paul and Griffin were both injured, and the offense suffers from inconsistency. The Clippers need to keep games close for Paul to manage in the fourth. The don’t have the scoring to keep up if the Spurs’ three-point shooters get hot.

Prediction: The Spurs are rolling right now and catching the Clippers at a good time. LA relies too heavily on an injured Caron Butler (broken hand), Randy Foye (just not that good), and Nick Young (crazy) for offense. CP3 is amazing, but the Spurs will win in six after wearing down a depleted Clippers team. 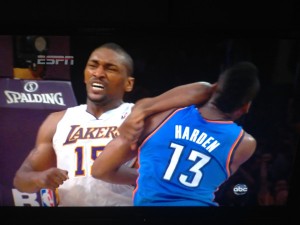 Oklahoma City Thunder – The Thunder embarrassed the defending champion Dallas Mavericks in a quick (though tightly contested) sweep. As great as Kevin Durant is, Russell Westbrook is the key to this team. You can count on KD to play well; Westbrook’s aggressiveness can spark his team or be its biggest detriment. Westbrook was often the best player on the floor against Dallas. Can he keep it together against the Lakers? He will have a decided advantage against Ramon Sessions. If he can force Kobe Bryant to guard him, that will open things up for his teammates.

Los Angeles Lakers – The Lake Show took longer to close out the Denver Nuggets in the first round than many (ok, just me) expected. Most troubling, Andrew Bynum and Pau Gasol, the second and third best players on the team, looked lifeless at times and let JaVale McGee (…JAVALE MCGEE!!!!!!!!!!) dominate them during games. You can bet Kobe will play his hardest. But if the team’s best big men lose focus against the Thunder, this series will get ugly quick for the Left Coast Lakers.

See Also:  Pans Will Get Her Bands: Is A Woman's Cooking Ability Important To Men?

Prediction:  Lakers are going to get washed. Not swept, but washed nonetheless. The Thunder have three great perimeter players, and the Lakers only have two defenders to match up with them (Kobe and Metta WorldPeace). The Thunder will overwhelm the Lakers and win in five. Who cares though? I just want to see James Harden and WorldPeace square off again. Why don’t we start calling Artest “Metta WorldWar?”

So, SBM Sports Fans, who do you have winning these matchups? Think the Lakers will pull it together against Oklahoma City? Will the Spurs keep rolling? Let me know!

Reminder: SingleBlackMale.org is hosting Happy Hour in DC this Friday at Park! The easiest way to RSVP is by clicking HERE. If you are unable to access that link or your job is a hater, RSVP by sending names to rsvp@singleblackmale.org. See you there!