The Curious Case Of The Fragile Male Ego 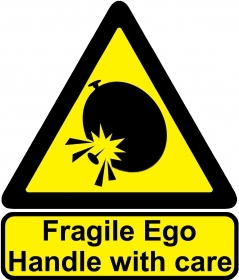 While we were together an old bf of mine got me a flat screen tv for Christmas for my new apt….before he gave it to me I mentioned wanting him to help me pick one out for my living room. We celebrated at his house and I took the tv home….which I was truly appreciative of. The next time he came to my place I bought the tv that I planned on, which in his words was way better than what he got me….I put his gift in my bedroom….that was the beginning of the end…

Did I do something wrong? I work hard, don’t have kids…..so I’m able to do buy most of what I want….he had a kid and other responsibilities. Is there a way to avoid emasculating a man without censoring yourself? -Concerned Reader

This isn’t so much about miscommunication, as it is about a lack of communication between you two. Your ex wanted to do something nice for you, and for that I commended him. Guys get killed on a multitude of social networks for not listening to women. We are told that men are dense and have tunnel vision when it comes to a woman’s feelings. In this situation, your ex heard you loud and clear: You wanted a TV for the living room, and he was going to be the one to hook you up! However, the reaction you gave him towards the TV in his mind was initially awesome, and then later on awful. Let me help you traverse the male psyche for a second and show you how your actions made him react.

He didn’t have the means to get you what you want, but still wanted to get you something.

Maybe he didn’t have the extra $350 for your dream TV. Maybe it was sold out and he didn’t have time to search near and far to get the right one. He figured that he would get you a comparable model and satisfy his good boyfriend quota for the month. When he saw you buy that TV, the TV which he clearly agreed was better than the one he got you, he could’ve been pissed at himself. He knew you would do what you did, but gambled otherwise. He didn’t heed the classic hip hop lyric advice: “You got enough for the 5 then what about the 6?” In other words, if the difference between a better product is a mere bag of shells, then you should make that purchase. Sometimes being frugal is advantageous, other times frugal #REALLYMEANS that you are cheap. Being cheap might have put his cute TV on the B team, hence the bedroom.

What you also have to understand is that men have pride. Men are natural providers. And when we love someone, we want to impress them. We never want to feel like we cannot provide, and the situation above bruised his ego tremendously! He wanted to fulfill your desire and cop you this TV. When he saw you were happy and, judging by your statement, that “We celebrated at his house and I took the tv home,” you more than likely gave it up filthy to him as a sign of gratitude. So he thought you were cool with his gift. Everything was peace until he came to your house and saw a brand new Samsung 120hz 54in LED HDTV in your living room with the Hashitashi 2000 you copped her now relegated to the bedroom:

His exact thoughts and facial expression could be summed up in one word: 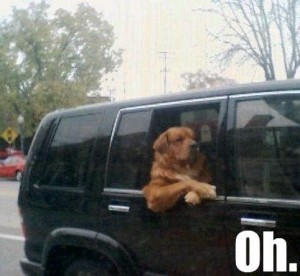 In his mind, that was the equivalent of seeing the Christmas present he bought for someone re-gifted. On top of that, you used your own money and bought the TV that he didn’t/couldn’t buy. That TV now serves as a constant reminder of his futility. I don’t think that it was your intention to emasculate this gentleman. Speaking as a stubborn and proud man myself, I can tell you that he wouldn’t mention this to you unless you nagged and dragged it out of him. He doesn’t want to deal with a “BS conversation”, and feels he already made his point by being angry. How can you avoid this in the future? You have to use the ancient art of tact that God gave all women naturally.

I once asked an ex to return a gift and get me a better model (that she herself had owned). She gave me the “You should like all gifts I get you” swindle. My reply was simple “If you couldn’t afford it, I wouldn’t say anything. You getting me a lesser model of a brand of product in which you are a connosieur, doesn’t even make sense!” I appreciated the gift, but I would rather her get the best bang for her buck. When she used the classic women retort (“What would you say if I did the same to you?”) I told her I would cosign and return it immediately and get something she wanted. Ask any Haitian/Caribbean kid about their parents and demands for gifts. The hassle of being sub par is not worth it at all!

Some people can’t handle blunt truth, so you have to look at situations from all angles. Think moves like that out and think about how symbolic those moves are to the other party. Maybe if you would’ve bought the other TV and put that in your bedroom, then brought your ex over and asked his opinion on what TV should go where, the situation would be more agreeable to you both. You acknowledge that you appreciate his gift, and take his feelings into consideration when making a counter purchase which may offend him. I learned years ago that you have to use intelligence in your daily interactions in order to avoid the not so obvious pitfalls. Remember that a man’s ego can be as strong as steel and as fragile as tissue paper. Be aware of your actions and how they may affect people, no matter how asinine it might appear.

Got a question that you want answered? Email me [email protected] or hit up our SBMail Contact Page