Home Featured Can Lebron James Be the Greatest of All Time WITHOUT an NBA Championsh​ip?
Featured
Sports and Entertainment
May 24, 2012 Jay Cooke 38

Can Lebron James Be the Greatest of All Time WITHOUT an NBA Championsh​ip?

Welcome to another Thursday edition of the Cooke Chronicles.  A man always remembers the highpoints of his life: the first pair of Jordans he owned, his first kiss, the first woman who paid for a meal for him, the first time he had a dream about that special one (O, Stacey Dash). You remember all these important moments.  In the summer of July 2011, I had one of those moments in Teaneck, New Jersey.

In July 2011, Lenny Cooke was labeled the next big basketball player to come from New York.  Lenny Cooke, who is of no relation to me, was believed to be the best high school player in the Class of 2002; ahead of Amare Stoudamire and Carmelo Anthony.   Lenny was a 6’7 scoring machine with grown man strength!!  At the Adidas ABCD camp, Cooke’s team, which was undefeated at the time, was scheduled to play a team led by Lebron James.  Cooke, 18, was entering his senior year and James, 16, was entering his junior year of high school.  The game was being held at Fairleigh-Dickinson University in New Jersey.  The crowd was on the side of the New York City prize fighter, Lenny Cooke.  The areana was jumping. Think Yankee/Red Sox, Game 7 in the Bronx. Cooke is New York and James is Boston.

When Lenny and Lebron squared up the first time one-on-one during this game, Lenny shook Lebron with multiple crossovers and pulled and sank a three in his face. The crowd went B-A-N-A-N-A-S!!!! However, as the crowd got hyped, the beginning of the end came for Cooke as Lebron James dominated him.  James outscored Cooke 25 to 9 and James made a running 3 pointer at the buzzer that gave his team an 85-83 victory.  This game made me realize several key points in my life. One, I never stood a chance of being an NBA prospect/player. Two, New Jersey pizza is not as good as New York pizza. Finally, Lebron James had a fan in me. (PAUSE) 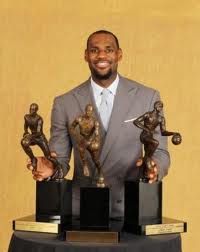 Almost two weeks ago, Lebron James received his third MVP in four seasons.  Only eight players in the history of the NBA has won three MVP awards: Michael Jordan, Larry Bird, Magic Johnson, Kareem Abdul-Jabbar, Bill Russell, Wilt Chamberlain, Moses Malone and now Lebron.  Of the eight players who have won at least three MVP awards, James is the only one without a championship. Only three non-active MVP winners have left the game without a title: Karl Malone, Charles Barkley and Allen Iverson. I know Lebron needs several championship rings to be considered the “Greatest Player of All Time”, however, could Lebron be considered “one of the” greatest players to ever play the game without a championship ring on his resume?  To some, what James hasn’t done is more important than what he has done thus far in his career, but is the criticism fair?

See Also:  The NBA Season is Back! Here's Why Cleveland Will Win the Championship 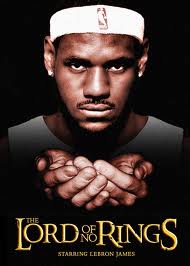 As the story goes, when Jordan was James’ age at 27, the Bulls star wept in the back of the Chicago Bulls’ team bus wondering if he’d ever win a championship. Jordan, who had already won an MVP at the point, had just lost to his rival Detroit Pistons for a third time in the playoffs. At 27, the championships hadn’t come yet for Jordan. The parallel to James might not be obvious to some, but Jordan also fought the label of being a postseason failure and we all know Michael Jordan’s accomplishments. 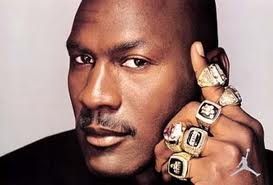 No matter what James has accomplished thus far in his career, it all seems to be overshadowed by his lack of a championship ring(s) but that isn’t entirely fair. Lebron is in an elite group with only seven other players.  The best way to frame James’ career thus far is to point out that only Kareem Abdul-Jabbar had won three MVPs at a younger age. Wilt Chamberlain and Moses Malone both won three MVPs before ever winning a title. Furthermore, Jordan, Chamberlain and Malone hadn’t won a title at James’ current age. But even Lebron knows the importance of winning a championship.

“I’d give all three of them back to win an NBA championship,” James said of his MVP awards. “It’s all I care about. It’s all I know.”

See Also:  Girl Talk: I Refuse To Call Myself “Light-Skinned”