Excuse Me Miss, What’s Your Name? I Forgot. Twice. 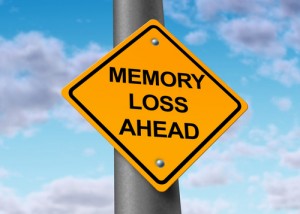 I have a confession to make…

I have a second confession…

Sometimes I even struggle with faces.

Not exactly the best way to win friends and influence people eh? Yeah, I know. It’s something that I’ve been challenged with most of my life. I meet someone, I learn a few details about them, then I forget their name as I’m learning those details. My poor memory doesn’t discriminate either. My forgetfulness doesn’t care if you’re a man, woman, black, white, or Madagascan. If I meet you somewhere that’s buzzing with activity and I don’t see you again soon thereafter, call it curtains. The more activity going on around us, the less likely I am to remember your name and — in some cases — your face. That’s why I’m diligent about my business cards and sometimes will take a phone number just so I can commit to memory who the person is.

I initially decided to write this post because as I’ve been out more frequently at networking and social events, this name thing has gotten a helluva lot more crucial. You can imagine the potential problems I create for myself by not remembering who people are (Though I do remember Twitter handles and commenter names). Today, in honor of keeping it light, I want to share three of the most common situations I find myself in by being forgetful:

I run into a woman I’ve seen out at a couple events. She says hey to me, I proceed to look at her while parsing my data bank one second too long. Before I can deflect, she’s on it (pause) with “You don’t remember who I am do you?” At this point, I’m mentally grasping for straws of time while my data processor works at turtle speed. If I say I don’t remember her, she’s likely to say “We’ve met 2 times and you can’t remember who I am?” or “How is it that I know your name, but you don’t remember mine?” Neither of which are pleasant questions to answer when everyone else in the room is indulging in jovial exchanges. So instead, with the help of bronze Jesus, I miraculously buy myself enough time to get the name or at least a few details to confirm that I do in fact know who the person is. The conversation goes on happily ever after.

Scenario 2:  Starting in the Hole (ll)

I see a group of women, one of which I’ve met a few times and couldn’t remember her name. She turns to her friends, says something, they give me the collective side-eye. I turn and go in the other direction toward someone I remember and immediately say their name as a small victory.

Scenario 3: Could It Be…

I see someone that looks familiar, but I’m not 100% sure it’s the person I think it is. This scenario in itself has two sub-scenarios.

I tell the person (woman) that they look familiar and ask them if they know a couple people or if they were at a couple events. If it turns out to be the person I thought, all is well. If not, they think I’m hitting on them and using cliche game. And to make matters worse, every time I’m in the same area as this person thereafter, they’ll assume I’m following them around with a parched palate because you know…saggins is thirsty these days.

I look at the person trying to figure out where I know them from, but don’t go over. They see me looking, turn to their friends, and now the hunt for Six Foot Thirst is on, so I have to completely turn my back or go to a far off part of the venue. Admittedly, when I see them looking, I could be ballsy and go over to make small talk but what’s the point if I’m hydrated?

I say all this to say that the name game ain’t easy and it’s a work in progress. I’m trying all sorts of memory tricks and trying to associate all sorts of features. My goal is to get to a point I don’t have to deal with any of the scenarios mentioned above. They provide some funny stories, but some headaches I’d rather avoid. But even with the knowledge of the name thing, I have a few questions for you.

See Also:  How do you know it's Love?

Ladies, why is it such a big deal for a man to forget your name as opposed to another woman? Do you even think this is the case? How do you react when someone forgets your name? Fellas, do you react differently when a man vs. a woman forgets your name? When you forget who someone is, what tricks do you use to get around the shenanigans? All other thoughts and comments are welcome.

tags: faces gingko names
previous The Curious Case Of The Fragile Male Ego
next Can Lebron James Be the Greatest of All Time WITHOUT an NBA Championsh​ip?