Two Women at the Same Time 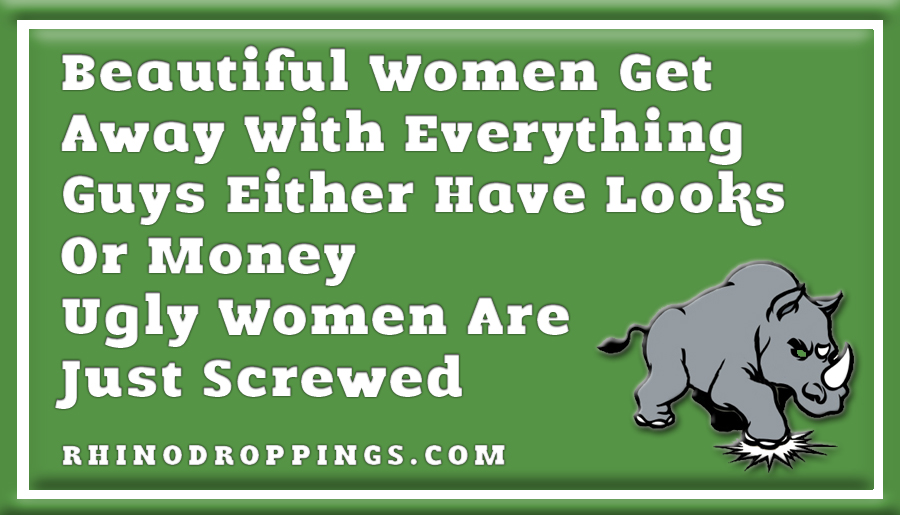 After writing about The Perfect Woman last week, it occurred to me that most women are unaware of the randomness that is the average man’s dating life. I’m not saying women’s dating lives aren’t random; other than the adventures of Single Sam, I honestly have no idea. However, seeing as how I’m a man, I figured I’d give some context on men’s dating lives. Feel free to explain women’s side in the comments. Maybe they’re more alike than different, but I doubt it.

If you read last week’s post, you’ll see a comment thread between myself and cynicaloptmst81. At one point during the discussion she made the following statement, “to think any and all women are pliable to the point that you can just make beauty happen with any one of us because we seem like the best you can get is just…silly.”

On its face, this statement makes perfect sense but when you consider how men date, it does not. Let’s say I walk into an establishment and see two equally attractive women on opposite sides. I’m going to make a choice that really has no bearing on any one thing these women can do. I can’t see your personality and if I go left or right, I’m honestly not going to give too much more thought to the woman I never met. I can’t miss what I never had. Unless you believe in divine intervention, then you can just make beauty happen with any one of us. 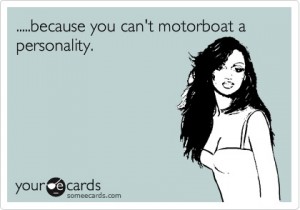 A girl can still be FINE and have an UGLY personality because one has no bearing on the other. One describes outward appearance and the other describes internal. Unless you have the vision of Shallow Hal, one does not directly affect the other. For example, if a girl is FINE but an arrogant SOB, she’ll just be a FINE arrogant SOB.  The latter is a qualifier but not a modifier for the former. She’s STILL FINE, but her personality is UGLY. Her ugly personality doesn’t make her less fine. The only thing that will ever make her less fine is her becoming less attractive on the outside. Every time I see her, she will still be visually pleasing and it will simply suck that she is ugly on the inside.

Contrary to what some seem to believe, I don’t think men are dumb. Operating on this premise, I assume there is a perfectly logical reason – at least to that man in particular – justifying his actions, even if I don’t approve of the actions or the reasoning. Just because I disagree, doesn’t make him wrong. Take for example the decline of courting by men over the years. I do agree men have gotten pretty lazy, but I don’t think they’ve gotten lazy because they’re lazy. I think they’ve gotten lazy because they can. Clearly, if their laziness wasn’t meeting their needs, even if their needs are minimal, they would change.

For instance, if a man sends you a text that says “sup?” I don’t think he’s doing so because he doesn’t have game, he’s too lazy to call, or on the extreme side, he is disrespecting you as a strong independent woman who deserves the finer things in life beyond that of a text message. I assume he’s doing so because obviously that has worked before – and will likely work again. If you like this man but dislike his lack of effort, I also believe this is a perfectly logical time to clearly convey your expectations to him instead of responding to his message without qualifiers and enabling his minimalist actions; thereby reinforcing his lack of courting for yourself and women in the future.

See Also:  I Can Date An Atheist

Further, there is a certain level of randomness to how men date, because we traditionally approach women and most men aren’t dating specifically to find a wife. Men seek out women; they stumble on wives. Sometimes I’ll go months without obtaining a single phone number. Trust me, it’s not for lack of effort. Right when I’m on the verge of clinical depression I have a ‘hot streak.’ For no reason at all, I go out and I can’t get turned down for the life of me. It seems like every woman I approach wants to give me her number. I don’t know why. I have the same face. I’m usually wearing the relative same style of clothing. Most importantly, the type of women I’m approaching hasn’t changed, but similar to a basketball player who has a hot hand, I can’t miss. That’s the typical dating life of a man. Wins and losses. No more, no less. Men can’t get too hung up on their losses because they know (hope) another win streak is around the corner. At the same time, you can’t get arrogant because of your wins, since you know it’s very possible you can lose again in the future. That is, until you “retire” with one woman.

This doesn’t speak poorly on all the women he passed up (or never approached). Some of those women, regardless of their final status, are as worthy of being a wife as the next woman. I don’t want to take away from the woman that a man commits too because she is (hopefully) a great woman that he can see himself spending the rest of his life with. I’m only saying in most cases it seems he will run into her by chance. In my opinion, there’s nothing wrong with that. If you arrive at your final destination, I’m not sure how important the path traveled to get there matters.

To close, if you’re wondering why a man is putting in minimal effort in the beginning, it’s likely because he doesn’t know where you fall in his life, yet. As a man, you can’t invest all your energy in every single woman you encounter when you know 50% (or more) of those women will amount to nothing. After all, we only asked you for your phone number not your resume (or CatFax).

A more important filter is the fact that men know only one of those women will become his wife and quite frankly, we don’t know which one until we know which one. This is why men send out mass texts, lazy emails, don’t call or generally don’t put in much effort at all. I’m not saying women should stand for it, but if you expect a different action, you should lay out your expectations and see if he changes for you. Maybe he will or maybe he won’t. What is clear, as demonstrated by his actions, is that whatever he is or is not doing has worked with women in the past. If you choose to differentiate yourself, more power to you; I actually recommend you do because you’ll both know your place in each other’s life a lot quicker. However, to expect him to differentiate you because you know how awesome you are – when he doesn’t even know you at all – is a stretch to say the least.

1) Ladies, how does dating for women compare to what I’ve outlined for men here today? Would you rather date a man who makes $50k with a great personality or a man who makes $250k with an ok personality? After last week’s post someone told me the following: Men choose, women settle. Is this true?

2) Fellas, would you rather date a woman who is a 7 in looks with a great personality or a 9/10 with an ok personality? Everyone, can an ugly personality make a person less attractive? Is it true that men choose and women settle?

Editor’s Note: Check out RealMenDontGossip.com for details on my first $100 contest giveaway.