Christianity and Islam in Separation of Church and State 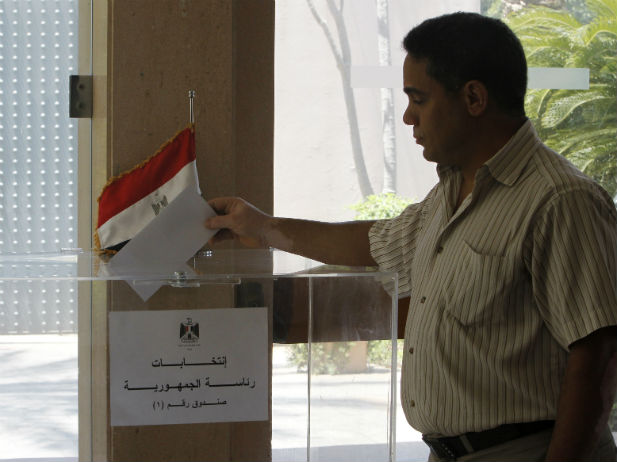 America’s renewed interest in the Egyptian elections caused me to pause and contemplate the entire theory of separation of church and state in democracies. A Muslim Brotherhood candidate, Mohammed Morsi, will face Ahmed Shafik in a runoff election for Egypt’s presidency. A lot of outside interest has been paid to this election because Shafik is a veteran of the ousted leader Hosni Mubarak‘s regime. Within the country, a lot of Egyptian citizens fear that if either one comes into power then that means an end to any democratic gains formed by last year’s uprising. This runoff election is asking citizens to choose between a military-rooted party who promises a firm hand to ensure stability, and Islamists vowing to implement religious law (Egypt has a sizeable Christian population).

Last week I turned my television to CNNs Starting Point and the topic of Egypt’s election was brought up. A panelist (can’t remember her name) said that America should intervene on behalf of preserving democracy. Another panelist, William Cain, stated that since Egypt has fought for democracy then they should implement separation of church and state. The last panelist, Roland Martin, had the most common sense. He immediately came at the other two panelists and asked “Why can’t they make their own decisions about what’s best for them?”

The right to freedom of religion is believed to be so central to American democracy that it was enshrined in the First Amendment to the Constitution along with other fundamental rights such as freedom of speech and freedom of the press. In order to guarantee an atmosphere of absolute religious liberty, this country’s founders also mandated the strict separation of church and state. Largely because of this prohibition against government regulation or endorsement of religion, diverse faiths have flourished and thrived in America since the founding of the republic.

My issue with separation of church and state in this country (and most democracies around the world) is that most people have no problem with church and state intermingling as long as that religion is Christianity. Aside from claiming that Barack Obama wasn’t born in Hawaii, the claim that most right-wing conservatives to try to remove him from office is that he’s Muslim (as if that’s an impeachable offense). Most people are really close-minded when it comes to people who practice different religions. Christianity is right and every other religion is wrong. If a Muslim were to have any real power, they would send this country to hell in a handbasket (as if we weren’t already on our way). In order to persuade other religions from obtaining any political power, separation of church and state was established.

We know that’s not true. The motto “In God We Trust” is on our currency. One could argue that “God” in the motto could be any religion’s God but what about those people who don’t believe in God at all? In this year’s Republican primary debates, religion has been a central topic. From Mitt Romney’s Mormonism to Rick Santorum’s overall craziness and hard stance against separation of church and state, it seems that at least Christian-based religions play a large part in government. I believe that if you’re going to claim separation of church and state then you have to take a hard stance. You can’t let one religion dominate government while openly keeping others out. This is not true democracy because then the ideological views of one religious group are more represented than others.

See Also:  Love & Hip Hop: Why You Should Never Mix Business with Pleasure

Do you believe in separation of church and state? Do you think Christians are not as tolerant as they could be towards other religions? How do you feel about the external pressure on Egyptian elections?