Fifty Shades of Grey from a Man’s Point of View 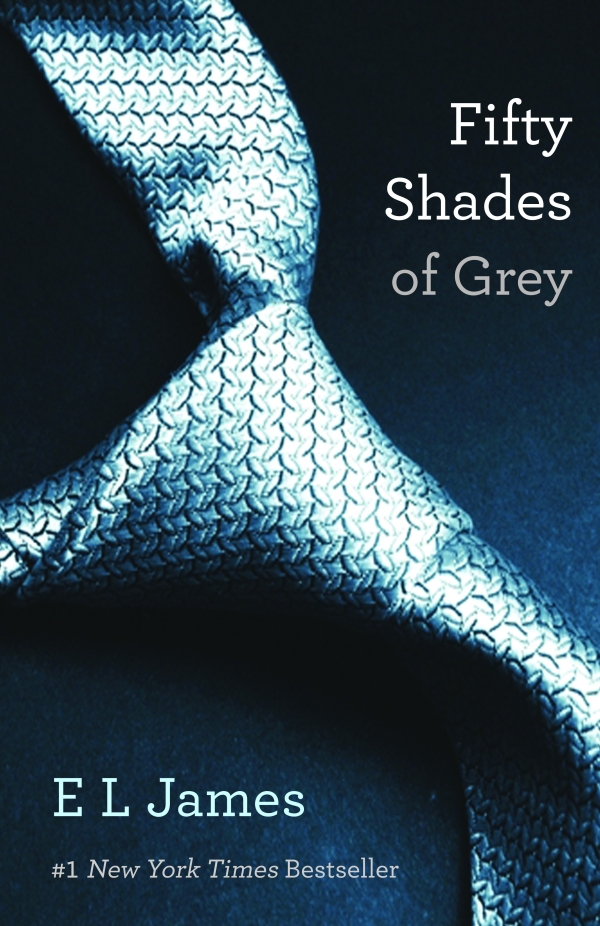 Everybody’s talking about it, everybody’s reading it, and if you aren’t doing either of those then you know someone who is reading or talking about the book. It’s Fifty Shades of Grey! It’s probably the most popular piece of reading on the shelves right now. It’s on just about everybody’s summer reading radar. After hearing about this book a few too many times, I decided to just read it. What was the worst that could possibly happen? I get halfway through it, as I do with a lot of books I read, and throw it in the nearest trashcan. Or, I start reading and can’t pull myself away from the book. What ended up happening? En… something somewhere in the middle of those two.

When literature student Anastasia Steele goes to interview young entrepreneur Christian Grey, she encounters a man who is beautiful, brilliant, and intimidating. The unworldly, innocent Ana is startled to realize she wants this man and, despite his enigmatic reserve, finds she is desperate to get close to him. Unable to resist Ana’s quiet beauty, wit, and independent spirit, Grey admits he wants her, too—but on his own terms.

I’ve sent out a few tweets about reading the book and even had a gchat status up about reading the book for a few days. Ironically, the gchat status didn’t yield as much of a response as my status related to my obsession with Carly Rae Jepsen’s hit single, Call Me Maybe. The responses that I did receive all wanted to know one thing, “Well, Dr. J… what did you think?”

See Also:  Can Enitan Bereola Be Entrusted With Teaching Women How To Be Ladies?

Let me get the funny, lighthearted Dr. J thoughts out of the way first:

Anyway, on to more serious takeaways from the book:

I had the undying temptation to compare myself to Christian Grey. Yes, Fifty Shades of Jay written by S. B. Massive.

Christian Grey is an interesting fellow. There’s a misconception about Christian that often goes overlooked. He’s not controlling, he is obsessed with being in control. This is a quality I share with him. I don’t try to control my partners’ actions; they’re free to do what they wish. I focus most of my energy on controlling my actions and emotions. Most women in my past always point to my rigid nature as an obstacle, but it’s what I need to not end up out of place and out of my mind.

Christian is patient, but only to a certain extent after which an explosion occurs. Waves church fan wildly… That describes me almost to the letter. I have a great deal of patience, however, when it wears thin, I’m likely to give a detailed explanation of everything that went wrong. This is included and never limited to: telling you everything I did for you along the way without being noticed, telling you what I really think about your character, and telling you why I really don’t need this in my life.

Christian loves Anastasia in a way. A few days ago a friend asked me about the relationship between Christian and Ana and I replied, “He loves her like I love my TV. I love my mother and I love my TV, but that love is very different.” This made me think introspectively as to whether I love women like my TV or do I love them like a person with whom I have an emotional connection with. Again, the answer was somewhere in the middle.

Personally, I thought that the relationship and attraction between Christian Grey and Anastasia Steele was… interesting. It centered on the ability for someone to date the young and inexperienced. Going deeper than that, there are various types of men on this spectrum. When I say younger, I don’t mean by a year or two, but by a considerable amount of years. There are some men who choose to date younger, and there are men who refuse to date younger. Christian strikes me as a man who tends to stay away from younger women. I can completely understand why he does that. As you can see from the book, dating someone much younger and inexperienced than you can be very difficult. It’s a very laborious process to teach and guide.

I thought the sexuality expressed in this book was enlightening and caused a ton of epiphanies about sexuality. None of which outdid the epiphany that most of us really have no clue what’s going on in each other’s bedrooms. Not that we should, but sometimes our opinions of what’s going on can be far from the truth. Save for those of us who live in apartments with thin walls. (Jesus be a doll and come shoot my next door neighbor.)

See Also:  Can You Be Satisfied From No Strings Attached Sex?

Overall, I enjoyed the book. I haven’t made a decision either way on whether I’ll read the next two books. I did notice that in addition to the commentary about the writing that the book is written by an author who is in love with the Twilight series. Christian Grey and Edward Cullen are one in the same. I would recommend that if you haven’t read this book and you have absolutely nothing else to do, read it. The book can be read in two days, it’s a really quick read. Keep in mind though, it’s not Zane and if you’re a fan of Zane, you probably won’t enjoy Fifty Shades.

Unless you’re a freak.

If you read Fifty Shades, what were your thoughts on the book? If you haven’t, do you plan to? If not, what factors into your decision not to read the book? Otherwise, enjoy your Friday people.