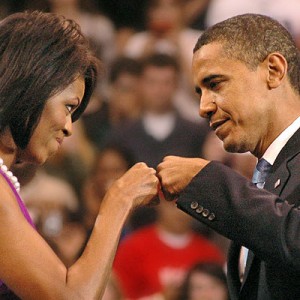 It’s no secret that in the USA, the corporate world is racially represented by the Caucasian majority, which also mirrors the national demographic. When you work in Corporate America, you see the many influences that pop culture has on the world, and in turn, our white brothers and sisters. What used to be a formal and methodical process that was the daily corporate grind, has now been lightened up by popular colloquialisms. As I maneuver through the different facets of corporate America, certain words, phrases, and actions that I have normally associated with the Hip-Hop culture are being used AT WORK! Whether I was at a seminar, a high profile meeting, watching a HGTV infomercial, or just hanging in the office, I saw the hip-hop/black culture effortlessly utilized by the majority! I thought I was bugging at first. But after a few years, I’ve found that following phrases were undeniably embedded into everyday conversation in the working world: 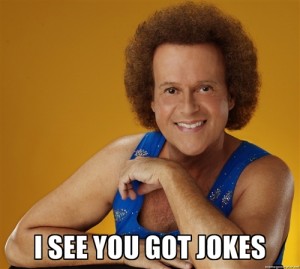 My group had a meeting. The details aren’t important, but we were a cool bunch of people. So as anyone in an office setting can attest to, jokes fly early and often in regular meetings. So of course we joked on our manager for something, and he replies to us “Oh, you got jokes!” In my head I processed it normally, but 5 seconds later I realized WHAT he said. We have jokes? Really? Then I paid attention more often and this phrase was used more frequently than I initially thought.

You can even make the argument that the phrase is grammatically accurate. When you are a comedian, you are a keeper of hilarious material. If you are in possession of said material, then you “have” it. If you have it, then you get it. It’s yours, you spend it. TRUE! 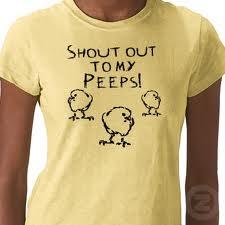 We had a company wide town hall meeting, and the speaker (our CEO) wanted to show respect to some people on his team that reached a glorious milestone. So he gets up to the microphone and says “I want to give a big shout out to Molly. Excellent job with [details you don’t care about]!” Shout outs?! Who still says that in real life when you aren’t calling into a radio station for free tickets?! I tried my best to remember the last time I used that phrase and came up with blanks. What’s next? Big-ups?! 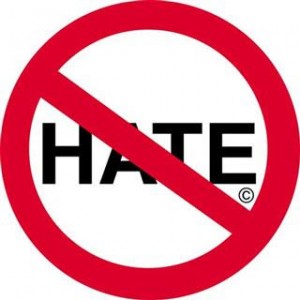 I heard this term used in a training session, after one of the presenters had jokes (lol) on the visual aides. She said it plain like that. Don’t hate! I almost fell out of my chair trying to contain the laughter. Who knew people in corporate America used hating as a tangible term. You would be surprised at where else this turned up. For example, someone may say something like “My manager always has a million comments on my narratives. He’s just hating because I write better than him.” Diddy should be proud because he made that phrase go supernova and now even the white-collared workers agree. 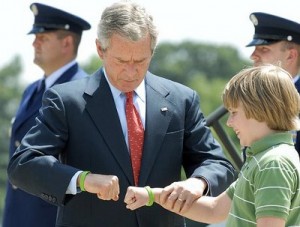 The many different daps

When the Obamas gave each other dap during the presidential race, America was astonished! They only saw the “fist bump” in sporting events (with athletes who happen to be black also). Well, when in Rome…

Yes the dap has officially gone pop! The minute commissioner Goodell resembled one of the Lost Boyz were shaking hands with newly drafted rookies, I knew we had heard the knocking on the door, and allowed the devil to walk right on through! I still shake hands mostly, but let the scene shift to the obligatory happy hour and you will swear that you left your town and ended up in Dap City.

When I hear and see these colloquialisms utilized in the business world, I see youth and pop culture making its impact. Younger people are prevalent in these companies, and they are changing the (corporate) culture. The tight ass stuffy shirts are being replaced with a cooler, smoother, hipper Corporate America. Communication evolves yearly and so should business models. It’s cool to watch it occur, and funny to hear our White brothers and sisters influenced (in a great way) by the hip-hop culture speak, which Blacks have lived for a lifetime.

What words, phrases, and actions from black culture have you seen entered corporate America? What effect (positive or negative) does it have on the American business model? Any funny stories?

tags: corporate america hip hop office politics slang
previous How to Dress Fresh For the Workplace
next Generation Y: Why We Rent When We Could Buy