What the Hell Is “Overweight” Anyway?

Let me begin by saying I’m a proponent for a healthy diet and lifestyle for everyone. However, I don’t agree a simple ratio of weight to height is the best or even the most honest measurement of health and fitness. At best, it is often misleading. At worst, it is woefully disingenuous. Either way, the discussion doesn’t do much for encouraging the public, in this case African American women, to live a lifestyle focused on overall health instead of narrowly obsessing over weight.

For example, a couple weeks ago a study published by the Archives of Pediatrics & Adolescent Medicine caused a minor uproar when the results of their findings showed young black girls’ bodies didn’t respond to physical activity the same way as young white girls. Over the course of the two-year study, teenage black girls were as likely to be obese regardless of their level of physical activity and calorie intake, while young white girls responded “better” to physical activity in warding off obesity. This was determined using their relative Body Mass Index (BMI). BMI, an arguably flawed measurement itself, is widely accepted as a cursory gauge of health and fitness by the Center for Disease Control and Prevention.

Although part of me awaits the inevitable study showing all studies are flawed, for argument’s sake, let’s assume the findings of this particular study are accurate. The study still doesn’t tell the whole story. For beginners, overweight encompasses a BMI of 25.0 – 29.9. Obesity on the other hand, is arbitrarily defined as a BMI of 30 or above, because someone somewhere decided that is when you are definitely fat. For context: with an obesity rate in the total population of almost 30%, America is the fattest nation in the world. 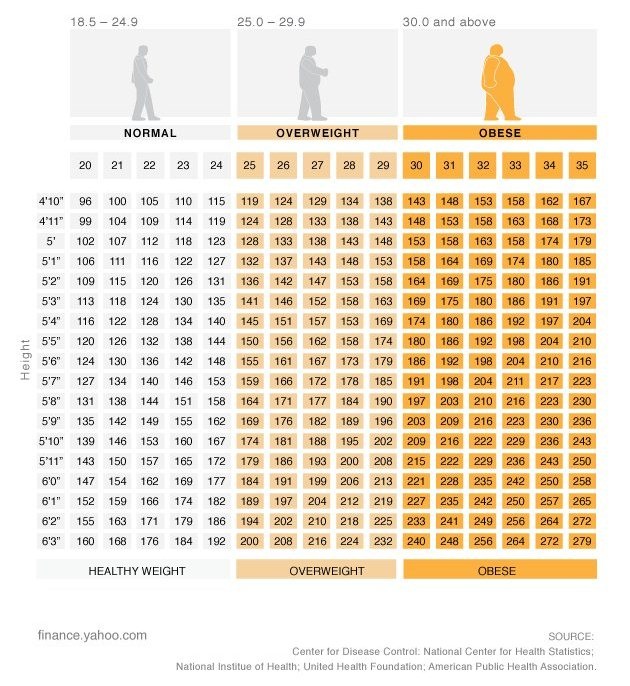 See Also:  Only Time Will Tell: Speaking Up About Your Dating Intentions

For example, at an average height for women of 5’5 the BMI chart finds women overweight at 150lbs. This same woman would not be considered obese until she reached 180lbs. In my opinion, it’s misleading to lump all women into these related yet vastly different categories without proper context, especially since we have no real information on the health of these women beyond their weight and height. Accounting for my personal experience with any number of proportionately shaped 5’5 150lb women, I didn’t consider any of them overweight – and in fact, I went out of my way to be in their allegedly overweight presence.

Furthermore, we must consider the fact that Blacks only represent 13% of the population of this overweight country we proudly inhabit. At 72%, whites represent five times that amount. If 80% of black women and 60% of non-Hispanic white women are overweight or obese, there are almost four times as many overweight white women walking around (approximately 60 million compared to 15 million). This doesn’t remove the accountability for a healthy lifestyle from African American women; however, it does paint a more accurate picture than the news headlines from last week, which focused on drawing in page views and ad revenue.

See Also:  Girlfriend Zero: The One That Ruined Him

I am merely suggesting the nation collectively throws its overweight bodies in front of the bus the media insist we throw African American women under.  It’s also worth noting – although it was conveniently not noted in any of the news reports I read – that for 18 year old women considered overweight but not obese in 2010, the rates are 30% and 27% for black and white women, respectively. These percentages are noticeably closer but not as headline grabbing as the rates used.

When the news lazily champions a singular (and arguably flawed) system of measurement, the Body Mass Index, and selectively reports statistics under the guise of objective reporting, it breeds mistrust of those allegedly trying to help. Instead of focusing on headlines that engineer page views, maybe they should focus on delivering information that will actually help the health and fitness of the African American community. I am, of course, assuming that was ever really the goal.

What are your thoughts on studies like the one released last week? Does it help African Americans or perpetuate stereotypes? Is the Body Mass Index the most reliable means of measuring health and is it a measurement you personally use? Why or why not? In your opinion, based on the BMI measurements highlighted above, would women who fall in the ‘overweight’ category be considered any less desirable by the men of your culture?