This past Sunday morning when I woke up, I had some decisions to make on how I wanted to plan my day. I had to spend a couple hours in the lab finishing up some experiments, I had a playoff basketball game, and I had caught wind of a silent march that was taking place that afternoon. I couldn’t miss lab and I definitely wasn’t about to miss my basketball game, but something told me that I didn’t want to miss the march.

The march was a protest against New York City’s “stop and frisk’’ policies. These are police strategies in which officers fight crime in the city by stopping and searching people they consider suspicious. Just so happens that almost 85 percent of the people they stopped last year were African-American and Latino. In 2011, black men were stopped and frisked 168,126 times. Do you know how many black men live in NYC? 158,406. There were more “stop and frisks” of black men in NYC last year than actual black men living in the city. It doesn’t take a genius to see that this is racial profiling on the most basic level. The fact that these mostly unconstitutional policies are still in place says a lot about how people of color are still viewed.

See Also:  Ladies, A Man Can’t Lead You on Forever

It’s easy to rant or give lip service about how things need to change without actually sacrificing time and effort. I decided to put off going to the lab and head over to 110th and 5th Avenue at 2pm. The silent march was set to take place from 110th Street to Mayor Bloomberg’s home. As I walked down 5th Avenue towards Central Park, what I saw was absolutely amazing. A sea of people lined as far as I could see. 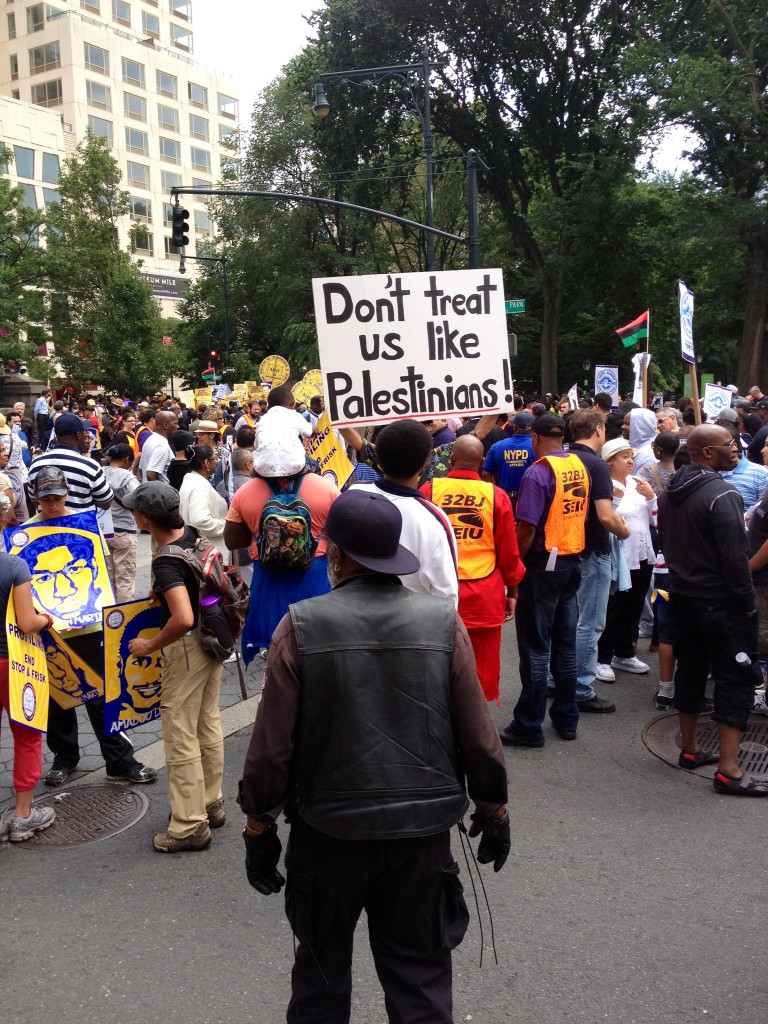 It’s a beautiful thing when people can come together for a good cause. I expected maybe a few hundred people, but I wouldn’t be surprised if there were 3-5,000 people out there. At the front of the crowd, the two organizations that readily stood out were the NAACP and SEIU. I saw young people and old people joining hands in solidarity. Another thing I noticed was the abundance of Caucasians in the crowd holding posters with messages like “STOP RACIAL PROFILING” and pictures of Trayvon Martin, Sean Bell, and Amadou Diallo. Just like during the Civil Rights Era, there are people who are not victims of unjust laws and policies, but still stand up against what they know is wrong.

Before the silent march got started, people were on bullhorns giving speeches. This one man who was stopped and frisked five times last year addressed the crowd. He explained the circumstances of his stops. He did nothing wrong yet he was stopped because he looked “suspicious.” I couldn’t help but empathize with him. It’s been awhile since I’ve been harassed by police officers. Growing up in PG County, MD in the 80s and 90s, harassment was commonplace and an everyday part of life. I won’t go as far to say that our police department was as bad as larger cities like New York or Los Angeles, but profiling and harassment ran rampant and unchecked. Even my father was a victim of police brutality (he settled out of court). Fortunately, I’ve been lucky enough to not fall victim to this type of treatment in my adult life. But I’m sure it’s happening to someone right now. We just won’t hear about it in the news tomorrow.

See Also:  My Little Brother And The Prison Industrial Complex

What do you think about New York’s “stop and frisk” policies and others like it around the country? Do you think it falls under racial profiling or is it just how officers protect and serve our community? Have you ever been undeservingly harassed by a police officer?

previous What's a Point Guard Anyway: The Curious Case of Russell Westbrook
next 5 Nutritional Adjustments That Can Help You Reach Your Fitness Goals