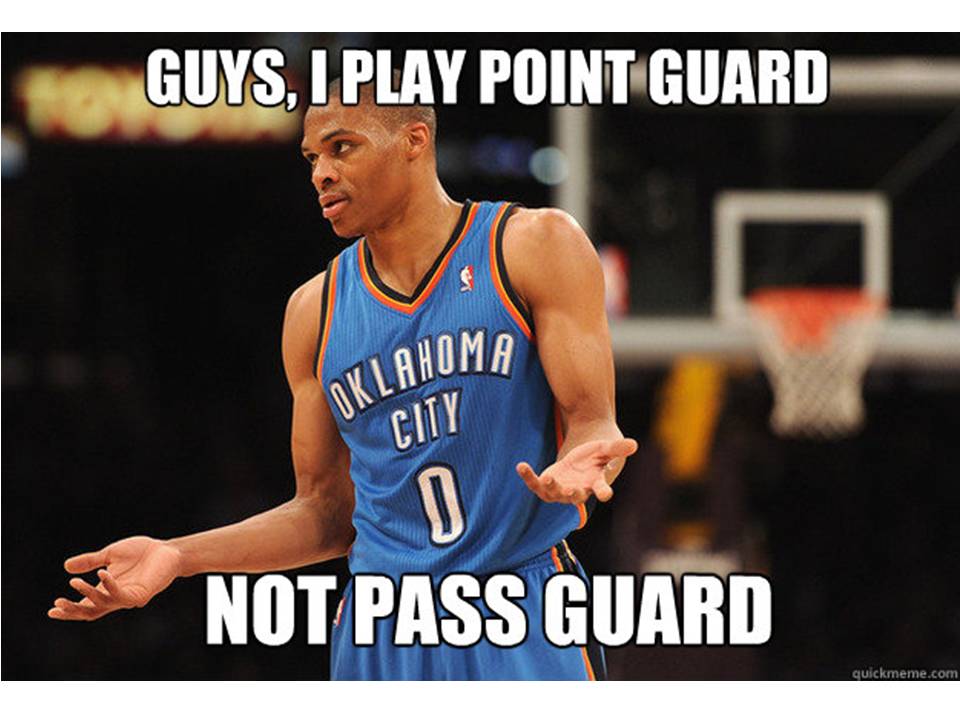 While watching Game 2 of the Finals I realized the answer to one of sports’ great debates: Russell Westbrook is, in fact, great. I had been on the fence, trying to balance the great plays with the awful ones to figure out where he truly ranks as a point guard. Thing is, Westbrook isn’t a point guard, and I am starting to think that casting players in any position is outdated. Westbrook’s worth looks diminished when you think of him as a “point guard;” here’s why that is short sighted:

A point guard has to initiate the offense – The loudest critics tear Russ (I can call him Russ…we’re friends now, right?) down because a traditional point guard’s role is to get his teammates involved and rack up assists. All the great point guards (Chris Paul, Steve Nash, take your pick) score almost out of necessity. Russ loses points with basketball fans that hate his no-pass possessions and feel he should do more to include his teammates. But seriously, take a look at his teammates!”

The truth is, Russ is the second scoring option on the Thunder. Would you pass to Thabo “Light Skinned Can’t Jump” Sefalosha? Kendrick Perkins’ pharaoh beard? Trust Serge Ibaka’s jumper? These are the options besides Kevin Durant. I don’t blame Russ for looking to score. His scoring ability has taken his team to the Finals. It also makes his teammates better by creating easier opportunities, though unconventionally. This is all we want from a “point guard” anyway.

The game has evolved, and we should too. Russ is a better player than he is a traditional point guard. What do we need traditional positions for anyway? Look at Mario Chalmers and Derek Fisher. They play important roles for each 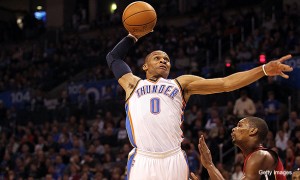 team (though rarely setting up the offense) while filling the position of “point guard.”

All I’ll say is check the numbers. Kevin Durant is the league’s THREE-TIME SCORING CHAMP. It’s safe to say he’s getting his shots. Could Durant go #KobeSystem and take every shot? Probably. But how has that worked out for Bryant the past few seasons? Also, the Thunder are 25-6 when Russ takes more shots that Durant this season (36-17 otherwise) so it isn’t like the team suffers because of his play. 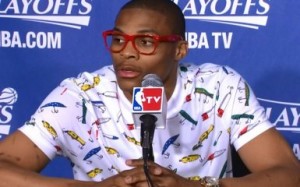 Don’t take this to mean Russ is not above criticism. He has blown some lay ups, and missed some chances to kick the ball out to open teammates. In a series this tight (three games decided by an average of seven points), precision and decision-making are key. I certainly don’t mean to defend his postgame wardrobe either. Those Sallie Jesse Raphael glasses are ridiculous. But when you watch Game 4 tonight, look at Russ from a different perspective. Consider his role on the team, despite the position he’s listed under in the program.

What do you say, SBM? Can the Thunder win a championship without Russ becoming more “pass-first?” Who will make up for his scoring? Or do you think the Heat will take it regardless? Hit the comments and let me know!

tags: nba finals sports
previous What the Hell Is "Overweight" Anyway?
next Stop & Frisk: Racial Profiling Or Keeping Us Safe?