Men Are Not Perfect Vol 1: Are Men Less Moral than Women? 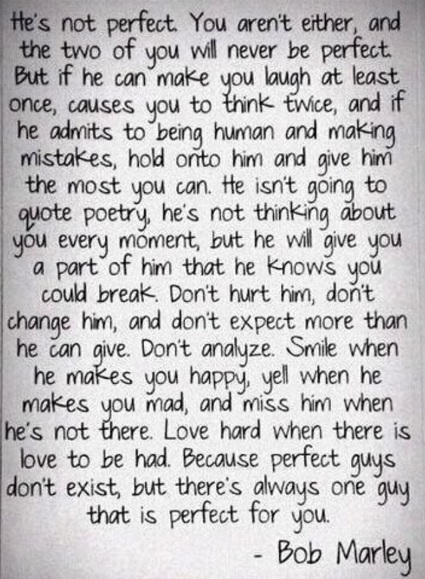 As some of you saw last week, I had an interesting discussion in the comment section of Dr. J’s post, Are Male Bloggers Helping or Hurting Women? While you can read that particular thread for yourself, the main take away for me was a challenge to better outline how men’s actions contribute to the failure of relationships. In the words of How I Met Your Mother’s Barney Stinson, “Challenge accepted!”

In all seriousness, I plan to spend this series of posts focusing on how men’s actions affect relationships. I will base this on my own personal failures, those of my friends and family, and write-ups from a variety of sources on the subject (I welcome suggested readings). But, before I get too deep into the series I must first explain how men’s minds work.

Half the problem is men want women to think (or act) like men and women want men to think (but not act) like women. This is never going to happen. At best, we can attempt to better understand why men and women act so differently in the face of the exact same circumstances. This brings me to the first topic in the series.

Are Men Less Moral than Women?

Last week, the Huffington Post released an article called Are Men Less Moral Than Women? Studies Show Ethical Standards. The article had absolutely nothing to do with relationships but it did a good job explaining how men think, act, and approach life. I believe a number of these practices carry over into our interactions with women and, as the article notes, since women think and behave differently, some of men’s actions can be detrimental to women. For example:

A number of studies demonstrate that men have lower moral standards than women, at least in competitive contexts. For example, men are more likely than women to minimize the consequences of moral misconduct, to adopt ethically questionable tactics in strategic endeavors, and to engage in greater deceit. This pattern is particularly pronounced in arenas in which success has (at least historically) been viewed as a sign of male vigor and competence, and where loss signifies weakness, impotence, or cowardice (e.g., a business negotiation or a chess match). When men must use strategy or cunning to prove or defend their masculinity, they are willing to compromise moral standards to assert dominance.

In fairness, the study went on to suggest that men are not less ethical because they were born a man. They are less ethical because cultural factors, especially in America, stress that men be seen as dominant. In turn, men relate dominance to their masculinity. Since women do not face this same pressure in our society, they react differently. In other words, men act differently because they want to be seen as masculine by their peers and women not because of genetics. If gender roles were reversed, it is likely women would behave the same way as a means of survival.

It is possible that women may demonstrate similar vulnerabilities to their moral standards when faced with dilemmas that challenge their feminine competency or identity, or in arenas were women are (stereotypically) expected to be successful (e.g., skill as a mother, navigating social interactions, effectiveness as a writer).

So how does this relate to relationships? The reason many bloggers direct their posts towards women, self-included, is because in all honesty I believe many of us have more faith that women will change for the better before men. I have seen a man change for one woman. I have seen one woman change for multiple men. This is fine. They are different strategies employed to accomplish similar goals – finding love.

As men, we know men knowingly pursue their own selfish pursuits. The Huffington Post article plainly states, “Men found it more acceptable to deceive if they believed that successful negotiating was an indicator of male prowess.” It expands on this idea in the following paragraph:

Men’s moral judgments varied in such a way as to maximize their own advantage in each negotiation process; when necessary for personal gain, ethical missteps were acceptable. By contrast, women made similar ethical judgments across all perspectives. Even when the ethical choice was clearly detrimental to personal success, women maintained their ethical standards.

I want to note here that you’ll notice this mirrors a theme often seen in the comment section here and abroad. Women believe (and I’m not saying they’re wrong) men should act ethically towards all they interact with regardless of the actions of the other person, which is in many cases a woman. Conversely, men often state they will only do “what a woman allows them to get away with.” The study above highlights this difference in thinking. Men adapted to the party they’re interacting with and adjusted to improve their likelihood for success. On the other hand, women maintained their ethical standard “even when the ethical choice was clearly detrimental to personal success.”

See Also:  Who Decides What "Making Love" Is?

I agree with women. Men should change. Where I continue to have my doubts is if men will change. However, the exact same reasons men don’t change is somewhat related to how women interact with men. Some men outright lie and I offer no excuse for their deceit. However, some men don’t have to lie to get what they want, but what these men do is habitually and strategically withhold critical information. As this study shows, they don’t only do this with women. This is how many men approach life, but women catch the brunt of it by dealing with men socially and romantically.

Besides the strategy behind stringing a woman along with the possibility of commitment dangling in the unforeseeable future, the real reason men don’t tell the whole truth is they’re afraid of the follow-up question(s). Over time, men learn that telling the truth to most women results in more questions. It’s rare, if ever, a woman says “Ok,” and goes on about her day. One of the scariest questions a woman can ask a man is, “Why?” Men will chew threw their own shoulder blade to avoid having to explain themselves to a woman. This isn’t always because we’re liars. Sometimes it’s because WE HAVE NO IDEA WHY. What we do know is that we don’t want to even attempt to explain ourselves.

See Also:  Why can't HE just be my Friend With Benefits?

In closing, the simple solution is for men to start telling the whole truth and nothing but the truth and letting the chips fall where they fall. There are men out there like this; women might know them by their scientific name, “Assholes Maximuses.” Say what you want about them, but I bet it’s hard to remember the last time an asshole lied to you.

The more complicated solution involves a concession from women that I haven’t seen many women willing to make. You might have to sacrifice closure for the sake of finding out the truth. I believe men are willing to tell the truth, the whole truth, and nothing but the truth as long as they don’t have to explain themselves. If you can narrow what you want to know down to “yes/no” questions, without requiring follow-up explanations, I believe men will tell the truth. This will leave you with an answer, but you will not have a reason. Is this unreasonable or should the responsibility of the direction of the relationship fall squarely on the man?

As I progress through this series, I welcome questions, comments and feedback. My questions for today include:

Fellas, what are your thoughts on the study? Do you agree with the findings on how men approach life? If yes, does this strategy apply to relationships as well? What changes do you think men should make independent of women and what actions of women do you think hinder some of those changes?

Ladies, can you handle only knowing the answer to your question without the justification/reasoning behind his actions? Using the example noted above: would you need to know why he can’t be with you or only that he can’t be with you? What changes do you think men should make independent of women and what actions of women do you think hinder some of these desired changes in men?

Editor’s Note: SBM has partnered with MadameNoire.com to provide our perspectives as black males on a variety of topics. You can check out my submissions to the series by clicking here.

tags: Men Are Not Perfect Volume 1
previous SBM Opportunity: Help Us on Social Media!
next To Be Young, Black, and Inspired