Home Featured A Look Back at the 2012 NBA Season
Featured
Sports and Entertainment
June 26, 2012 Joe Sargent 36 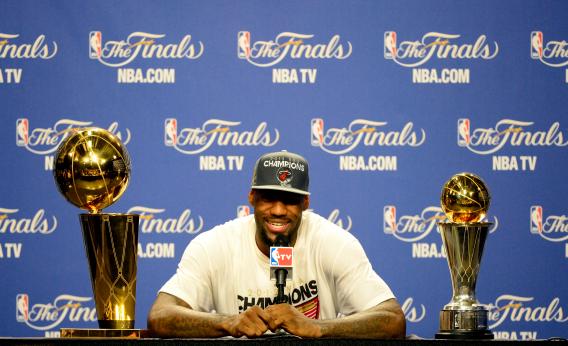 We have some great basketball on the horizon this summer. The US Men’s National team has added drama and uncertainty due to injuries, and the Vegas Summer League is always fun. While we’re in this basketball lull, let’s recap the 2012 NBA season and look ahead to 2013. Here are the most important headlines about each:

Welp, he did it. The LeBron meme industry is going to take a major hit. Sell that stock if you’re still holding it. The biggest NBA story of 2012 is definitely LeBron taking control of the entire season. After an MVP regular season, he was the best player in the playoffs and dominated the Finals. I’ve already written a lot of my thoughts here. While the Heat still aren’t fun to root for, they definitely outplayed the Thunder and earned their rings. Don’t give me that garbage about the refs. Miami was better.

What’s most interesting about this story is how the entire narrative about LeBron has changed. Skip Bayless and some people around the internet have continued their hate train, but all of a sudden many others have begun comparing LeBron to Jordan (hallowed ground). Has LeBron figured something out, or did he have one great season? No one knows, but the knee-jerk reaction is definitely premature. I think the stage is set for LeBron to play for a few more championships (see below), but doesn’t he have to win the rings before we give credit for doing so?

See Also:  Why Don't You Care About the Baseball Playoffs?

Has the Torch Been Passed? 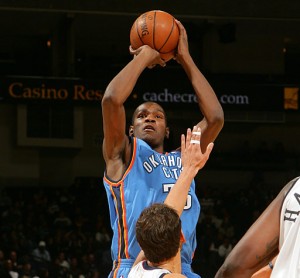 Another big takeaway from this season is that the “experienced” teams turned into “old” ones during the playoffs. The Thunder ran through the Mavericks (four games), Lakers (five), and Spurs (six) on the way to the Finals. Those are 10 of the last 14 champions! These teams were beaten by a bunch of guys who can’t grow full mustaches (apologies to James Harden and his beard). As the Thunder gained steam, it felt like a shift in the balance of power in the Western Conference.

In the East, these playoffs proved that Miami should be considered the favorite for at least the next few years. Actually, this deserves its own section…

Can Miami Win a Few Rings in a Row?

There’s reason to think so. Considering the landscape in the Eastern Conference, Miami seems like the favorite for the foreseeable future. All the Heat’s rivals have big issues to face before they can realistically challenge them for the Finals. Derrick Rose is out for (probably) the entire season, so Chicago is done for 2013. After that, they are still paying almost the entire salary cap for a team that has yet to even play in the Finals. Yikes.

Boston took Miami to seven games this year, but did you ever really think they would win? They’re only getting older, so you have to think the chances of them upsetting the Heat will decrease every year right along with their mobility. Indiana is still a big piece away from contention. So who challenges Miami in the East? The Knicks? Philly? Nah son.

The Western Conference landscape is just as interesting. As mentioned, Oklahoma City showed us they are ready to challenge for titles as long as they keep their core together. Sounds great, but they were just beaten by Miami, so they’re at a disadvantage already. You certainly can’t call them a lock to upset the Heat. It seems like the Western 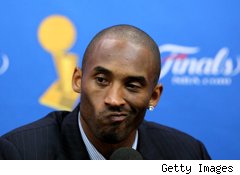 Conference, outside of OKC, is playing for second.

#KobeSystem is making almost $30 million the next couple years so it’ll be hard to upgrade the Lakers’ roster (which still needs a small forward and entire bench). Lob City may not have CP3 or Blake Griffin after next season. The Spurs seem like they aren’t true contenders after running out of gas against the Thunder. So who’s left that can challenge the Thunder? I’ll wait.

Can the Bobcats Bounce Back?

Just kidding. No one cares.

These are my biggest takeaways from the season, What do you think, SBM Sports Fans? The NBA seems to be riding a high into this summer and 2013. What are you looking forward to? Let me know!

tags: 2012 nba season sports
previous To Be Young, Black, and Inspired
next Who Wants Abs? 5 Ways To Get The Core That You Desire