LeBron James, The Media, and The Perception Of Black Males In America

“With the same sword they knight you,
they gon’ good night you with.
Shit, that’s only half if they like you
That ain’t even the half what they might do
Don’t believe me, ask Michael
See Martin, see Malcolm
See Biggie, see Pac,
see success and its outcome
See Jesus, see Judas
See Caesar, see Brutus,
see success is like suicide
Suicide, it’s a suicide
If you succeed,
prepare to be crucified “ – Jay-Z

Whether people realized it or not, the media had a heavy hand in painting King James as a villain. Many people criticized LeBron for the decision (and rightfully so). He admits that it was a error in judgment to put Cleveland on blast and inadvertently make a spectacle of the city on national television. This was his only mistake in the process. Some people made it seem like it was a problem that Bron was taking his free agency into his own hands, as if he didn’t have a right to leave Cleveland. I found it funny that the same media that chastised this decision, also benefitted from the entire process. You have flagbearer like Skip Bayless who will chide and lambaste LeBron for any and everything under the sun, yet his NETWORK (ESPN) were the ones who broadcasted “The Decision” in the first place!

Media painted him as the enemy. The talented, selfish, superstar who chose to join forces with other great players in the hopes of a championship, instead of doing it on his own. He left Cleveland at the altar, and led on other cities with illusions of him being their favorite basketball teams saviour.  They called LeBron selfish, yet when Brett Favre held the Packers, Jets, and Vikings hostage for the last few years of his career while deciding to unretire 100 times, he was heralded as a NFL legend, while exhibiting some of the most blatant selfishness in sports history!

Let’s be real: The main people upset at LeBron for the decision were Cleveland fans, fans of teams who were potential destinations during The Decision (Knicks, Nets, Bulls), and Lakers fans who hated him from jump as he was a threat to Kobe’s #1 spot, and need to balance the hate since their team receives it early and often.

When he failed in 2011, it was even easier to despise him when he addressed his critics with the following quote:

“All the people that was rooting on me to fail, at the end of the day they have to wake up tomorrow and have the same life that they had before they woke up today” 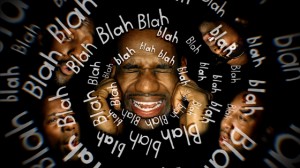 Putting LeBron in this type of light, it’s easy to hate him and hope for his failure at every step. This is the trap that I fell into effortlessly. The same trap that the general public falls into when we talk about the perception of black males in America.

These judgements, these stereotypes, develop over time and are perpetuated by media. The errors of the few are magnified and associated with the majority of African Americans. Even amongst our own people, the negative messaging can affect us in the same manner. I would be lying if I didn’t say that I kept my head on a swivel when walking past a group of young black men. Maybe it’s street smarts or maybe I have been indoctrinated to a degree by the same racial biases I oppose.

I look back at all the negativity that Bron has garnished over the past 2 years. LeBron is a player unlike which we have ever seen before with his natural athleticism and skill combination. Colin Cowherd called him “30% MJ, 20% Magic, 50% freak show.” That’s about accurate. He was one of the most loved players in the league until “The Decision.” Once he made that one error, his entire character was called into question. The truth is that until that debacle, and years after, he has been the same person with more maturity.

He’s a dude who’s led a trouble free life. You don’t see him in the tabloids or in jail. A man who took his childhood friends, Maverick Carter, Randy Mims, and Richard Paul, and lifted them up with him in order to control his brand and expand into a real business. How can you be mad at that? In all other instances, LeBron could and should be a role model for young black men who wish to achieve in multiple areas. He took care of his own, graduated high school, has a lucrative career, and set himself up for the future. This is the hope and dream of all mothers for their children, regardless of color! Yet we let ourselves get gassed by blind loyalty to sports teams and a mob-like mentality perpetuated by angry media and social networks. 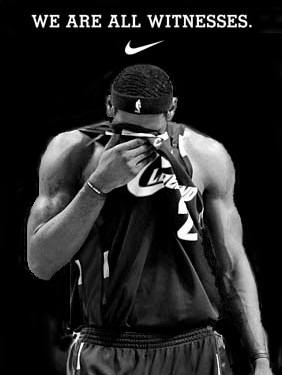 LeBron embraced the hate in 2011 and tried to live up to the villain role. This would be a sound strategy for most people, just not for him. James isn’t the villain type. Life is not the WWE. You can play the scripted role of a heel or bad guy, but when you get that negative heat applied to you, the way in which you react shows whether you are built for that type of pressure.

LeBron wants to be liked, and even said in his own words that he was trying to be something he wasn’t instead of just being HIM. Sometimes, as black men, we live to thrive in the face of adversity. We aren’t supposed to live past 21. We aren’t supposed to “talk good.” We shouldn’t surpass the glass ceilings built above us and should stay in our lane and be happy. We don’t take care of our kids. There will never be a Black man as President! Yet despite all of the negativity that has been placed upon us for generations, we still overcome.

Yeah, we feel like gloating at times, throwing it back into society’s face and showing them that their perspective is wack. Some of us can do that, and others can’t. We have to learn to work within the character that is truest to who we are, and flourish accordingly. This is a life lesson embedded into the African American DNA, and it shined through in LeBron during this tumultuous 2 year period for him, culminating with a Miami Heat championship (as a Knicks Fan, that last sentence hurt me to type!)

I saw LeBron celebrate and show humility in victory. I saw the relief in his eyes that he had finally lived up to expectations. He didn’t want to become another great NBA player who failed to win a ring. He has been bred for this since his career began in high school, and he was determined not to let his friends, family, and those who believed in him down. He has been ridiculed for not being clutch, for coming up small in the biggest situations, and for being immature. The more his faults were pointed out, the more his strengths were minimized. This man is the human triple double, yet people shrugged it off as if it didn’t matter.

He wins MVP awards, and people scoff as if anyone can win 3 MVPs in 9 years. He became the leader of the Miami Heat, and was clearly the best and most important player on that team. Dwyane Wade acknowledged this and deferred, yet many were hesitant and defiant to do the same. As black men, our faults are accentuated more than our endearing characteristics. It isn’t fair, but neither is life. We have to make sure we are on point at all times, because certain leniencies aren’t guaranteed. We can’t use slang in a job interview or with potential business associates without being juxtaposed as “one of them rap niggas” or “a cool black guy like what we see on TV”. In most professional daily interactions, we have to assume that everything we say, wear, or do will be scrutinized to the nth degree. Black men live with this daily pressure, yet still thrive. How real is that?!

LeBron James is officially King. His ride to championship #1 is a great lesson in public perception of the black athlete and black males in general. When you play your position, everything is ok. Once you venture to be great, and take ownership over your brand and career, you can get chastised, especially if the route you take is the way less travelled. You will be reminded of your failures until you can succeed at a high level. High enough to silence your critics and force them to admire you.

Unfortunately, these lofty goals cannot be attained by most African American males by winning at sporting events. Many of us are still fighting that struggle to succeed and silence the critics in society. We might reach that level and still receive the same level of prejudice and bias, but the beauty in being black is knowing that you won despite these circumstances. LeBron’s win is another win for the African American male.

tags: Black Male Perception LeBron James media
previous Who Wants Abs? 5 Ways To Get The Core That You Desire
next Urban Male Chronicles: Representing Your Race