Home Around the Web Why Do Some Women Enjoy Breaking Up Happy Homes?
Around the Web
Dating
Laws of Attraction
Relationships
June 29, 2012 Dr. J 12

Why Do Some Women Enjoy Breaking Up Happy Homes? 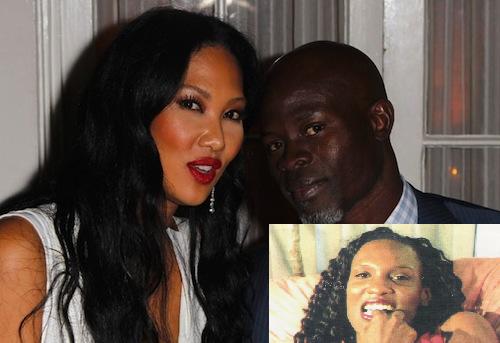 A while back, I came across this article on Necole Bitchie’s website, Author Kola Boof Claims She’s The Reason Kimora And Djimon Broke Up. It took me a minute to let it sink in because I actually had to sift through the pictures of this lady to think if this was actually true. Personally, I think it’s completely false. It’s obvious that Kola has a grudge against Kimora. For what? We’ll never know.

Check out her email below:

I am the reason that they broke up. I have slept with Djimon Hounsou throughout his marriage to Kimora Lee Simmons. I don’t think it’s a secret to people in Los Angeles.

Kimora nearly destroyed my life and my children’s lives, she is a lecherous, two-faced, money-obsessed witch and a delusional snob.

It’s just too much.

Djimon is a great human being. He’s just lost in a culture he doesn’t understand.

You can also check out her Twitter rant, (uncensored) here: Kola Boof vs Kimora Lee Simmons on Rhymes with Snitch.

PLEASE, click that link. It’s too profane for this site, but it’s freaking hilarious.

It got me to thinking about the pleasure that some women get out of stealing a man. I’ve always thought that it had a lot to do with the satisfaction women get out of knowing they can have whatever they want when they want it. I’ve been witness to women who have actively tried to steal a man away from his girlfriend or wife. At times, they didn’t even want him, they just wanted to play the game. I’ve written about how I thought that people had lost their way in music when they became infatuated about sleeping with women who have a man. Actions by women like this, get the same evil side eye from me.

What are your thoughts? Do you believe Kola? How do you feel about women who break up happy homes? Is your home happy if it’s able to be broken?

tags: cheating Djimon Hounsou kimora simmons Kola Boof sleeping with another woman's man
previous When Keeping It Real Goes Right: An Honest First Date
next Get Your Hands Out Of My Pockets: The Debate On Borrowing Money In Relationships