Home Featured Men Are Not Perfect Vol 2: Everything I Need to Know About Love
Featured
Men's Relationship Advice
July 2, 2012 WisdomIsMisery 58

Men Are Not Perfect Vol 2: Everything I Need to Know About Love

For the remainder of the Men Are Not Perfect series, which you can follow here, I plan to talk about my adventures in love from roughly ages 15 – 25. This is not to say I haven’t found serious relationships more recently but 1) The journey is more interesting than the destination and 2) Frankly, I want to avoid the headache of discussing more recent encounters; some of whom read my writing.

There have only been a handful of women I considered asking to marry me. I have no way of knowing how great or unsuccessful the marriage would have been. I only know that there were but a few women I considered marrying. While both of us often contributed to the detriment of the relationship, for the purpose of the Men Are Not Perfect series I will focus on my own actions. I hope that you can relate. If not, another writer will be here shortly. This brings us to the discussion of my first love. 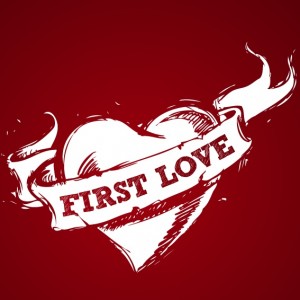 There is a popular saying about life that goes, “Everything I need to know I learned in elementary school.” Although we don’t realize it at the time, the same can often be said for our first love. I met my first love at the ripe old age of 14. I was playing basketball with a friend when she began watching us courtside. I don’t believe in love at first sight, but I do know upon first sight, I wanted her. After the game, I walked over and chatted her up. Unfortunately, I don’t remember what I said and I’m not going to pretend like I whispered Shakespearean prose into her ear, leaving her no choice but to give me her number. I was 14. I probably said something lame as hell and by the good grace of God she took pity on me.

At a time when most good “relationships” were measured in weeks, we managed to date for almost two years. I wasn’t the best boyfriend in the world – I was selfish as hell – but I like to think I treated her good more often than bad. I do know I loved her with reckless abandonment. Without the fear of failure to hold me back, I had no reason not to pour all of my love into her. Well, the best way I knew how as a teenager. Looking back with age and hindsight, I did a number of things wrong in this relationship that still apply as an adult.

See Also:  Men Are Not Perfect Vol 1: Are Men Less Moral than Women?

I projected my insecurities on her. At age 14, I wasn’t seriously considering marriage. I believed in love but I figured we were young, and to a degree, just having fun. Therefore, I didn’t give the relationship, or her, the respect it deserved. I was, after all, dealing with someone’s heart regardless of my thoughts on the final outcome. Since I didn’t give the relationship the credit it deserved, I assumed she didn’t either. I assumed she would go on to date many men after me and in the grand picture, our relationship wouldn’t mean much. I assumed this, because I figured I’d go on to date a number of women after her. I was only half right.

My X actually went on to marry her next boyfriend out of High School (they dated through college too). I’m not arrogant enough to assume that had we tried to make it work I would have easily fallen into the replacement-husband role. However, it is clear that just because I wasn’t looking for that level of commitment doesn’t mean she wasn’t either. I should have taken her serious, and if I couldn’t, I should have let her go sooner (and with less heartbreak) to find a man that would.

I lied. She took me back. I lied again. Similar to the theme of many relationship male-dominated blogs around the web, I refused to take blame for my own actions. In my mind, I decided that if she accepted me back then she was enabling me. Instead of taking responsibility for lying, I blamed her for continuing to accept my lies. “She can leave me any time she wants,” I thought to myself. This wasn’t necessarily true. For one, she loved my no good ass. Further, I’m not sure if she truly tried to leave if I wouldn’t have chased after her in order to keep her in my life even if I wasn’t fully prepared to step up to the level of commitment that would entail. I didn’t want to love her (properly). I wanted to possess her and heaven forbid she find love with another man beside myself who would actually treat her how she deserved to be treated. Honestly, I liked having the security of her love in my life. For a time, knowing she would always be there for me allowed me to explore other options while she waited for me to realize she was The One. There is no excuse for this action. It would be years before I was confident enough to stand on my own. Unfortunately, I treated her (and other women) like a crutch until I reached that point.

See Also:  Lessons in Love: The One Thing She Really Wanted

I underestimated the affect I would have on her life. As I said above, I figured my X would go on to date a number of men after me. Therefore, I didn’t think I would have that much of an impression on her life. I was mistaken. Since my X had such limited experience in dating (not a bad thing) each experience counted exponentially more. For better or worse, I was one of those experiences. We kept in touch over the years and I slowly realized that she internalized a lot of my actions as a reflection on her.

If I cheated, she wondered what she did to make me cheat. If I treated her poorly, she wondered what she did to make me treat her that way. In other words, she viewed many of my actions as a result of her doing too much or too little. She thought I acted the way I acted because of her instead of in spite of her. In actuality, many of my actions had nothing to do with her and everything to do with my own shortcomings. It was years later before I realized this is how a number of women think. They blame themselves for the selfish, wrong, and generally misguided actions of men. This is one of the more important things I learned in my life as it pertains to relationships. I believe most men act independent of women, which, as I discussed here, might be why it’s so difficult for men to explain to women why they acted or behaved a certain way when it has little or nothing to do with the specific woman asking the question.

See Also:  How To Survive a Hurricane with Your Significant Other

Over the years, my X and I have discussed how much our juvenile relationship really meant. In her opinion, we loved too innocently and ignorantly too gleam any real life lessons. I disagree. Relatively speaking, I loved her the most. At that time, I didn’t know about heartbreak. I didn’t care about divorce rates. I hadn’t seen friends and family’s “perfect” relationships, many of which I assumed would last forever, implode before my very eyes. I hadn’t experienced my own torrid affairs in love, yet. No, I was just a boy in love with a girl doing all in his power to show it to her without hesitation or fear. That’s not something I can honestly say at 29. I still believe in Love but I often have to search through a lot of baggage just to rekindle the kind of all encompassing Love that effortlessly burned within me 15 years ago.

What about you readers? 1) What lessons in Love, if any, did you learn from your first that continue to apply today as an adult? 2) Do first loves count? Why or why not? 3) Were any of you able to marry or continue to date your High School sweethearts? 4) What do you Love or regret about the experience of marrying or losing your first true Love? If you could do anything differently, what would you change?

tags: Men Are Not Perfect volume 2
previous Looking Back At Summers Of My Youth: The 80's Baby's Version of Summer
next 4 People Who Should Never Play Pickup Ball Again