Home Around the Web Open Letter to Nancy Grace Highlights a Dark Side of Success
Around the Web
July 13, 2012 Slim Jackson 5

Open Letter to Nancy Grace Highlights a Dark Side of Success 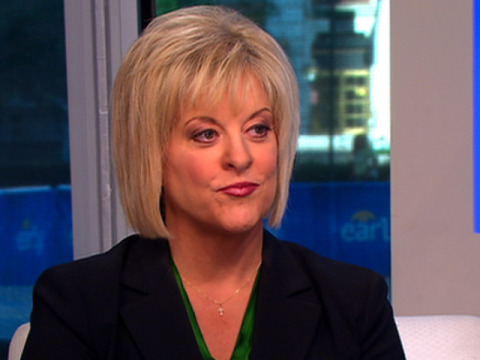 One thing I’ve always said is that if I become successful off this writing and website stuff that I won’t let it change me. I’ve seen far too many people become toxic with success even though their initial intentions were good. Celebrities and people of influence in general often forget the impact they can have on lives through their words and actions. An article I discovered on UPTOWN about Nancy Grace, American legal commentator, television host, and former prosecutor, highlights just one example of that. Check out the introduction to the article below:

This is difficult to write, but here it goes. You have devolved from an acclaimed retired prosecutor, legal commentator, and television journalist to a disappointing sensationalist overly concerned with ratings.

The frustration surging through my ordinarily empathetic veins is difficult to absorb as I pen this; the truth is I used to be a devoted audience member and supporter of you and the mission of Nancy Grace. It was impossible not to appreciate the dedication needed to prosecute some of America’s harshest criminals and to then turn that passion into a multi-million dollar empire. You were focused on protecting our nation’s susceptible children and putting pedophiles and other twisted members of society behind bars. You were an inspiration.

I tuned in faithfully to hear the rants that demolished Casey Anthony’s life, credibility, and reputation. As we hunted for missing children, including Haleigh Cummings and Shaniya Davis, I felt that finally there was someone in the world who cared enough about the world’s most precious gems.

SBM Nation, what are your thoughts on this? Do you think Nancy Grace has changed, or has she just been forced to adapt to keep her ratings up? Is there even a difference?

previous Kyrie Irving Challenges Kobe Bryant to One-on-One
next SBM and BadOnLineDates Want to Know: Is Your Date Made for TV?