Sports Fans: Are the Knicks Losing Their Hold of NYC? 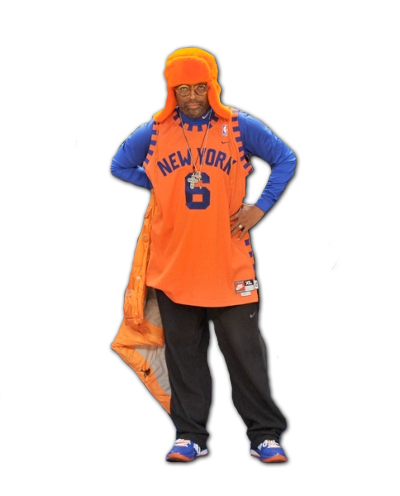 As much as I like to make fun of them, Knicks fans have to be commended. They are outspoken and genuinely believe that each year is their year. Despite the fact that it’s been 40 years since the 1973 championship, you wouldn’t know it by the ticket and jersey sales, YouTube views, blog posts, and general “fandom.”

All that said, it’s time to wonder if the New York City basketball landscape is up for grabs. The Nets have moved to Brooklyn and might represent the closest thing to hope NYC basketball fans have experienced in a while. Let’s look at some of the drama around the Knicks right now, and why this might be the perfect time for a Nets coup. 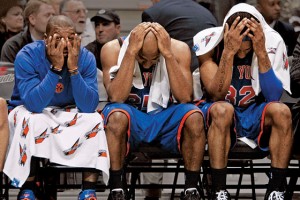 As mentioned above, the Knicks are starting their fifth decade without a championship. That means most of the Knick fans reading this weren’t born when their team last won a ring. In that time, New York has had a lot more terrible rosters than competing ones. This year’s group looks like another first-round playoff team.

The team’s biggest acquisitions are the 1995 Co-Rookie of the Year (Jason Kidd) and 1996 number two pick (Marcus Camby) who are a combined 77 years old. Neither of these players are gamechangers anymore. They also picked up Ray Felton, all 250 pounds of him, in a trade with Portland. On top of this, all signs point to the Knicks letting Jeremy Lin leave for the Houston Rockets. While I’m not sold on Lin’s 6-weeks of production, I’d rather have him than Kidd or Felton at this point.

See Also:  The Corleone Theory: What The Godfather Can Teach You About Every Man You'll Ever Meet

That leaves the Knicks with a hole at point guard, shooting guard (until Iman Shumpert gets healthy), and a question mark at power forward. That’s not the mark of a championship team. The Knicks seem much more likely to disappoint their fans again and lose early in the playoffs.

This summer reminds me of several others under James Dolan, the team’s owner, who instills zero confidence in anybody. Remember the Isaiah Years? How long will fans put up with a rudderless team they know isn’t going anywhere?

There is drama circulating around the team…again:

This time before the season has even started. Kidd, the new starting point guard (assuming Felton continues to be an anvil), was busted last weekend for DWI after crashing into a telephone pole. 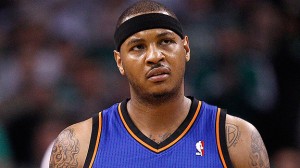 You wouldn’t watch a VH-1 reality show with this kind of drama because it would seem too fake. Why put up with it from a basketball team that isn’t even winning? Especially when there is a shiny new team down the street that is building momentum without all of this mess. On that note…

See Also:  5 Things I Love About Being Married - From a Man 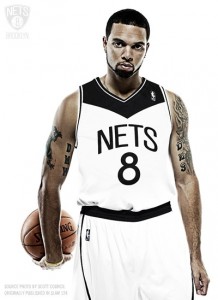 While everyone, myself included, laughed at the team’s struggles for years and assumed Deron Williams would bolt to Dallas, the Nets built a solid team for the upcoming season.

Forget Joe Johnson’s horrific contract. He’s a very good player who does well playing off of a great point guard. He showed us that in Phoenix playing next to Steve Nash. Gerald Wallace was overpaid, but for now he’s still a good, super-athletic small forward. Kris Humphries might be a clown, but he can rebound better than almost anyone in the league. And Brook Lopez is a solid offensive center. Add it up and the Nets are looking at a good season next year.

The possibility of the Nets (still) adding Dwight Howard down the road should be scary to the Knicks front office. He would add intrigue, star power, and NBA First Team production to the Nets roster. While the Knicks spin their wheels, the Nets could swoop in and steal headlines, ESPN coverage, and (most importantly) fans from a once preeminent franchise. I would never say the Knicks will become irrelevant, but Brooklyn is making a strong case to become the team you mention first when you talk about New York professional basketball.

Am I crazy, SBM Sports Fans? Will Knicks fans stick by their team forever, no matter how bad they are? There will always be loyal Knick fans, but are casual fans starting to cross over? What else has to happen for Brooklyn to become “New York’s team?” Assuming both teams make the playoffs, who do you think will go further?

previous Should Women Help Pay for Dates?
next Urban Life: Immune to the City. Nothing Can Phase Me.