Do This or Else: 5 Reasons Men Hate Ultimatums in Relationships 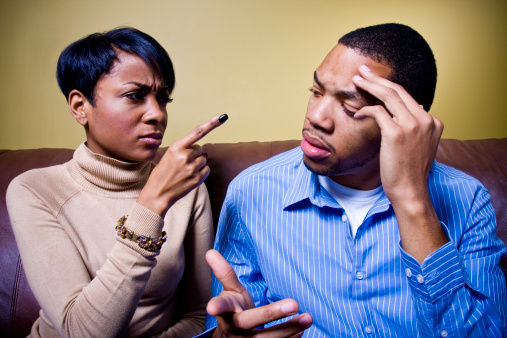 Check out the latest post from Streetz via Madame Noire:

When a man gets into a relationship with a woman, he knows there’s certain concessions that he will have to make. He knows that compromise is essential, but there is going to be times where his woman will just talk about subjects that anger him. When a woman’s fed up, she uses one of the most powerful communications tools she has: the ultimatum. She will make a certain demand and require a specific action to be taken by her boyfriend, otherwise penalties will be incurred. As effective as this might be for woman, men HATE it! Let me articulate a few reasons why men hate ultimatums.

A man’s pride can be his greatest gift and his most hindering quality. We will let our pride guide our decisions for better or worse. The more strong willed the man, the more firm he is in his convictions. This actually shows a great contradiction with men in relationships. Most men like to be challenged by a woman. We don’t want a pushover or someone who will agree with anything we say. We like women who can think for themselves, have the same type of conviction in opinion, and can inspire a man to be better. However, when a woman presents an ultimatum to a man, you put the spotlight on his decisions. You directly try to force him to accept your way “or else”. Men don’t want to hear that! All men hear when they receive an ultimatum is that their opinion doesn’t matter, that she is the boss, and that you better shape up or bounce! Now, that may not be entirely accurate, but a man’s pride will serve as his personal hype man and urge him not to fold under pressure and to retaliate with ultimatums of their own, or a complete disregard for the words a woman speaks.

YOU ARE NOT THE  MOTHER!

Men don’t want to date their mothers. We remember when we were young boys and didn’t have a say in anything we did. Our mothers would lay out the ground rules and demand obedience. Eventually, when we come of age to somewhat challenge these rules, no matter the outcome (which was usually an A$$ whoopin), we would feel liberated. We knew that we earned a certain level of respect for standing up for ourselves and showing character, and the work we put in now would eventually translate into more trust, respect, and camaraderie with our parents. As adults, we don’t want to go through that fight again, especially with our significant others. So when you pose ultimatums to men, you invoke feelings of a parent who devalues a child’s opinion because they don’t know any better. They don’t want to feel “lesser than” and men will immediately hop into defense mode and battle you at every point. In other words, you talk to a man like he is a kid and he will react negatively

Check out the rest of the article on MadameNoire! SBM Community Share your thoughts below!

tags: arguments battle of the sexes Dating Marriage perceptions ultimatums
previous Should Women Date Men Who Pay For Dates With Coupons?
next SBM Inspiration: Samyr Laine Discusses Haiti and His Journey to the 2012 Olympics