Home Featured What You Need to Watch in The 2012 Olympic Games
Featured
Sports and Entertainment
July 27, 2012 Joe Sargent 11

What You Need to Watch in The 2012 Olympic Games

The 2012 Olympic Games are here! It’s time to drape ourselves in our respective flags and root openly against other countries. It’s also time for me to re-learn the words to the Star Spangled Banner and figure out what “ramparts” are. (It’s a defensive barrier, by the way. Doesn’t make a lot of sense to me either).

Yahoo! has a great schedule of events so you know what’s on when. Here is my rundown of what you actually should pay attention to after the opening ceremony kicks things off today (fair warning…I’m rooting for the USA over everybody, this will be very pro-stars-and-stripes): 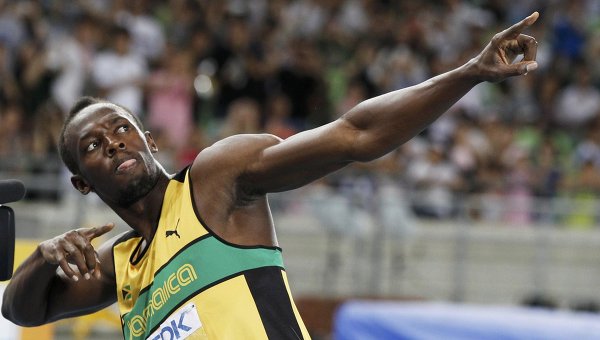 The winner of this race is generally considered the fastest person in the world. The American women are led by Carmelita Jeter, whose official website says “Home of the World’s Fastest Woman.” Safe to say she is the favorite. Personally, I’m rooting for Allyson Felix because she is incredibly good-looking.

On the men’s side, Tyson Gay leads the American squad, but is still recovering from recent surgery on his right hip. Justin Gatlin, who is apparently still fast, may have to pick up his slack.

As anyone who follows track knows the Jamaican team is the favorite in any competition (they can’t see us in “field” though, so…take that). The Jamaican women are led by Shelly-Ann Fraser Pryce who, despite what Carmelita Jeter would have you believe, owns the world’s fastest 100-meter time right now. The world’s fastest man, Usain Bolt, headlines Jamaica’s male sprinters. He is the world’s most famous track athlete for a reason. The man can fly.

Also watch: American Ashton Eaton set the world decathlon record in qualifying. Remember Dan vs. Dave in 1992? This guy is better and will be fun to watch in London.

Prediction – Jeter wins the women’s gold (sorry Allyson), and a Jamaican NOT named Usain wins the men’s. I just have a hunch. 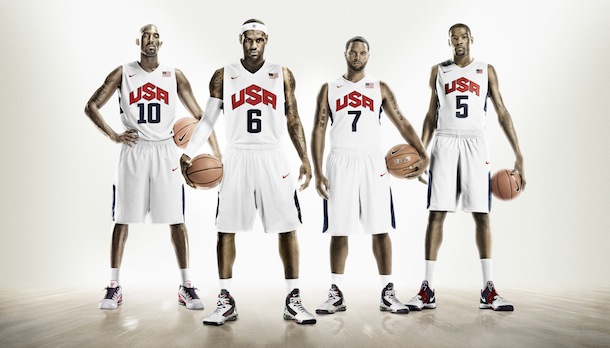 USA versus Spain in the gold medal game that everyone wants to see. The Spanish team has seven current or former NBA players, so they pose the biggest challenge to the US. They also have strength inside, the biggest liability for the Americans, behind Serge Ibaka, Pau and Marc Gasol. The US team beat Spain fairly easily this past Tuesday, but Marc Gasol didn’t play.

A lot has been made of the shortcomings of the American team throughout their warm up games. While they shot too many threes and had some unexpectedly close games, I believe Coach Mike Kryerwsdfxdaski was working out the kinks and evaluating his team on the fly. Besides that, we still have LeBron James, Kevin Durant, and Kobe Bryant.

Also watch: The French, Brazilian, and Russian teams have good teams that won’t be covered enough. They’ll play basketball worth watching, but won’t challenge for the gold medal.

See Also:  Change You Can Believe In

Prediction – The US team is too strong and will win the gold. Neither Spain nor the Americans showed everything they could do on Tuesday…and the US won by 22. 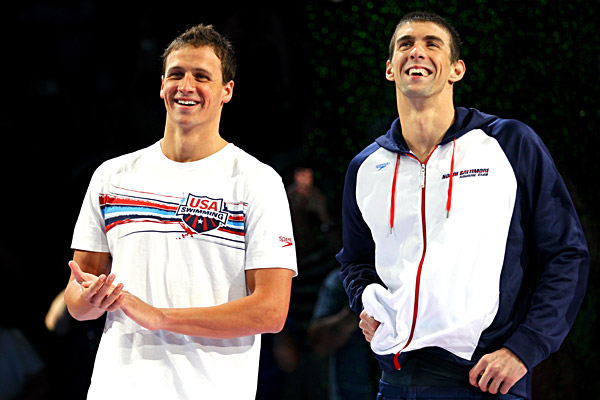 Michael Phelps versus Ryan Lochte: this is the only matchup I want to see. Although both men swim for the American team, Lochte is talented enough to spoil Phelps’10-year domination of the sport. In Olympic qualifying, he earned the right to compete in four individual events in London (Phelps will compete in seven, including two against Lochte).

If Lochte can earn a few medals in this year’s Games, it will mark a turning of the tide in American men’s swimming (Get it? tide…swimming? Zing.). Lochte has shown signs that he’s ready to make that leap by claiming a few world records and beating Phelps head to head in the races leading up to the Olympics. Phelps already announced that he is retiring after this year’s Games. Is Lochte ready to replace Phelps as the face of American swimming?

Prediction – I still believe in Phelps. I don’t think either swimmer was at his best during Olympic qualifying, and we’ll see better performances from each. Phelps has 16 medals already though, and is determined to set the all-time record for Olympic gold. Final tally: Phelps, 5 gold medals, Lochte, 2.

See Also:  For The Woman I'll Love: Thinking About You

Other events to watch:

– Every other track event

– The US Women’s Soccer domination

This is what I’m most looking forward to this year in London. How do you see these events playing out? What else are you looking forward to? Are you rooting against your home country in any events? This is a safe place. No allegations of treason here. Let me know!

previous SBM Inspiration: Samyr Laine Discusses Haiti and His Journey to the 2012 Olympics
next Are Women No Longer Afraid Of Men "On The Low?"