Should You Worry If Your Man’s Friends Hate You? 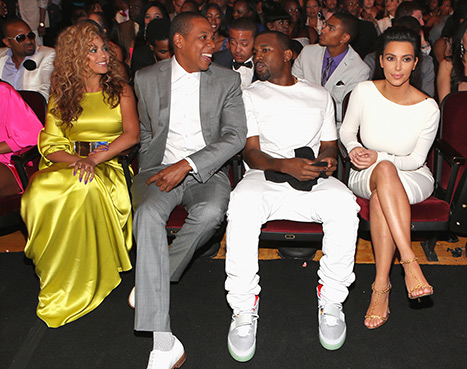 Check out the latest post from Dr. J via Madame Noire:

It’s no secret to anyone who follows Hip Hop and Entertainment that the rumor’s out; Jay-Z and Beyonce aren’t taking too nicely to Kanye’s girlfriend, Kim Kardashian. My initial reaction to this news was that it was pretty obvious that not all four of those people would get along. Jay and Bey have always struck me as extremely private people, meanwhile, Kim lives her life in the limelight almost 24/7. The real question is, should Kim spend a lot of time trying to figure out a way to get into their inner circle, or just leave it alone? In my opinion, she’s best to leave it alone.

There are several reasons why your boyfriend’s close friends may not actually like the person he’s dating. At times, it’s not even a great sense of dislike, but disconnect of mutual connection points required for a potential friendship. Keep in mind that as a girlfriend, your main connection point with your man is emotional, with his friends it’s friendship. Moreover, it’s rare that two people who are the exact same are in a relationship. Often times, opposites attract. With that said, it’s a good chance that you have nothing in common with his friends.

Furthermore, there are fundamental differences in the way men and women develop friendships. Most men are likely to develop friendships early in life and keep them forever. Women possess the ability to meet women along the way and then build and maintain really meaningful friendships. What this means for you is that there’s a chance most of your boyfriend’s friends are comfortable with their current circle and aren’t looking to add to it.

Personally, I’ve always struggled with assumptions that placed expectations on my actions. Many times, my best male friends have dated women that I didn’t much care for at all. It didn’t mean that maybe my male friends and I didn’t have much in common, but maybe we don’t have the same taste in women. That’s not a reason for us to stop being friends; I’m not the one he’s looking for as a romantic companion in life.

There are three points of advice that I can pass to you if you’re struggling to understand the distance between your boyfriend’s friends and yourself.

Check out the rest of the article on MadameNoire! SBM Community share your thoughts below!

tags: beyonce Getting Along with Friends jay-z kanye west kim kardashian
previous Men Are Not Perfect Vol 3: The One that Got Away
next The New Olympic Games: Country-Switching Like the Pros