The Top 3 Biggest Stars at the Olympics So Far 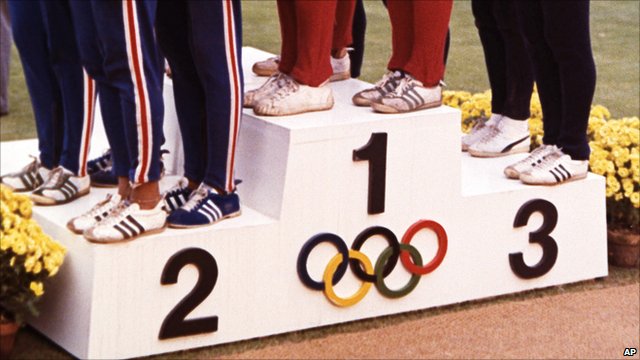 With the Olympics a little more than halfway completed, there have been a few clear winners so far. While the USA battles it out with China for the overall medal count lead, let’s focus on the individual stars of the Games with our own Winners of the Olympics (so far) podium. 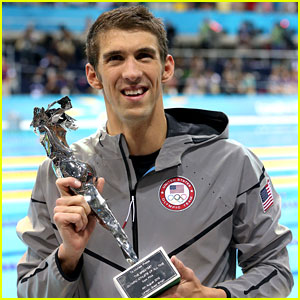 Not to say “I told you so,” but I pretty much nailed this one. Phelps proved he is still the king by picking up where he left off in Beijing. Phelps won six medals (four gold), enough to set the all-time record for any Olympian. #swag. Ryan Lochte, the heir apparent to Phelps’ throne, looked the part when he took gold in their first head-to-head race. Lochte failed to win another gold, though, and proved to be more of a one hit wonder…Sir Mix a Lot if you will.

While Phelps showed the world he’s still the man, he only takes bronze here because he set the bar so high. After eight golds in Beijing, it takes a lot to top my imaginary podium. Maybe 2016 for you, Sir Mix a Lochte. 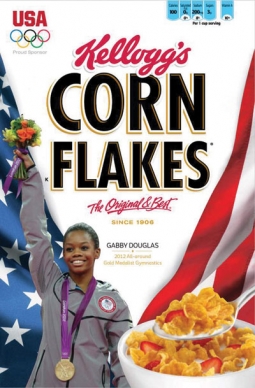 The darling of the Olympics, Gabby Douglas, flew under the radar while her more heralded teammates took the headlines leading into competition. Gabby’s consistency earned her the right to represent the USA in the All-Around competition and eventually the gold medal.

See Also:  The Music and Memories That Make This Time Of Year Special

Despite her “out of nowhere” story, charming personality, and smile, everything wasn’t positive for Gabby. The internets took the opportunity to slander her hair. In all honesty, it wasn’t the fresh perm on the outside of the Dark and Lovely box, but she was busy winning the gold medal! We’ve all looked worse while doing much less with our lives. I even took the opportunity to poke fun at Gabby’s hilariously horrible version of the Dougie. Thankfully, Gabby rose above the hate and accepted her newfound stardom with refreshing humility and confidence.

Here’s to continued success and lots of endorsement money for Gabby. *raises glass* 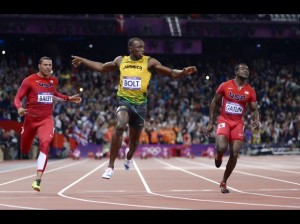 The man of the Olympics thus far has definitely been Usain Bolt. Usain had faltered somewhat heading into the Games, losing a couple big races to countryman Yohan Blake. After qualifying for the 100 meter final with relative ease, the stage was set for a great showdown.

Eight of the fastest people on the planet lined up for the crown of “World’s Fastest Man,” headlined by three from Jamaica (Bolt, Blake, and Asafa Powell) and three from the USA (Justin Gatlin, Tyson Gay, and Ryan Bailey). Since you know how to use the internet, you know that Bolt won the race with a time of 9.63 and took the title of “Fastest Person Ever.”

See Also:  The Corleone Theory: What The Godfather Can Teach You About Every Man You'll Ever Meet

What makes Bolt the biggest winner of the Games so far is the hype leading up to the race. Twitter and Facebook were on fire, the US Men’s Basketball team scrambled to their seats for the event, and millions of others (myself included) were feverishly…and futilely…trying to find a working online stream to catch the event live. This race was the centerpiece of the Olympics and Bolt stole the show. With the world watching and no room for error (seven of the eight runners finished under 10 seconds), Bolt put his doubters to rest and beat out several worthy challengers to his throne. Excuse me while I pick up a 12-pack of Red Stripe and a bottle of Ting to celebrate.

This is how I rate the winners thus far. What do you think? Obviously NBC is the biggest loser so far for this tape delay nonsense, but who else deserves a mention as a winner at the Olympics so far? Who else is poised for a big performance as the Olympics comes to a close? All other thoughts are welcome!

previous SBM Asks: Why are more women unfaithful?
next 10 Things Every Single Man Needs to Know