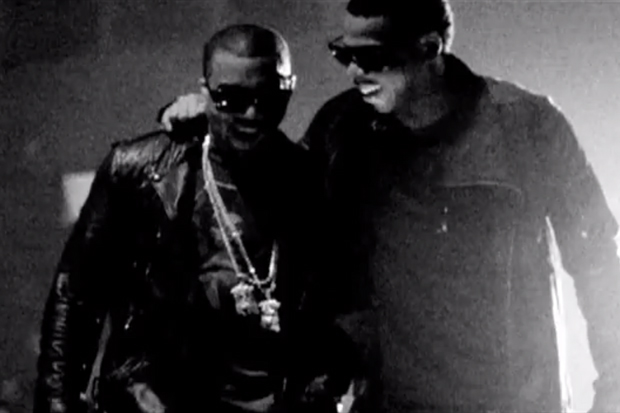 Hip hop, no matter how much we love it, contributes to racism in our world. I’m prepared to defend this point to everyone and anyone at any given time. While we love our genre, we have to keep in mind, that it’s hurting us, more than helping us.

A close friend of mine always likes to remind me that while I say hip hop is evolving, it’s becoming more dangerous than it’s ever been. The point is that with the globalization of hip hop, we have to have the introspective view to see how it hurts the image of Black peoples in America. When we were the only ones listening to hip hop, it was acceptable to air our dirty laundry. However, people listening to hip hop nowadays are only given a message that we’re a dysfunctional community obsessed with money, women and drugs.

People always ask me why I feel so adamant that we need to examine this issue so deeply and I ask them about this scenario:

Let’s say you live in Russia and you have no idea what Black people in America are like, you’ll listen to a popular hip hop song or album to get a clue. You’ll likely listen to Jay-Z, Kanye West, or Rick Ross because they’re the most popular figures in hip hop right now. What message will you glean from them? In addition to music that is laced with a word that we call each other in private, but would prefer that not everyone calls us, you’d hear stories of selling drugs or spending enormous amounts of money on frivolous things.

That’s the image of Black America that the world receives when they listen to our music.

one nation under god real niggas getting money from the fucking start.

one nation under god real niggas getting money from the f*cking start.

In our own private homes this music doesn’t mean much to us because we know Black America. For every dope dealer or overspender, there’s a guy out there who works hard and is highly educated who doesn’t. However, that’s not what the world sees. The bigger problem is the percentage of ourselves that is represented in our music. You see, other folks have a plethora of great examples of how their music or entertainment doesn’t represent their full body of work. However, 95% of all entertainment that Black America produces is ratchet. Think about it, how many television shows or musical artists can you think of in Black America don’t paint us in a bad light? Not many. Even the ones that do never get the mainstream airplay that the others do.

When a song like, “Niggas in Paris” hits the top of the charts, I cringe. I can’t stand the fact that there’s somebody out there outside of America who is rapping that song word for word. They tell themselves, they’re down with the hip hop culture, but really they’re not. They don’t deserve that privilege, they haven’t worked for it, they will never be able to understand that music is ours. Therefore, I’m asking that as a people we pay attention to these matters. We’ve got to start elevating our artists who don’t produce trash and we’ve got to demand that the ones, who do understand that they’re wishes to get rich, aren’t worth losing the race.

You know how many hot bitches I own?

Don’t let me get in my zone

The stars is in the building

They hands is to the ceiling

I know I’m bout to kill it

How you know, I got that feeling

You are now watching the throne

Don’t let me into my zone

What are your thoughts on hip hop? Do you think we might lose the battle if we put these racially charged lyrics on the forefront of our culture? Let me know. I’m J, and I’m out.

tags: hip hop jay-z kanye west watch the throne
previous Were Dawn Harper and Kellie Wells Justified in Their Lolo Jones Comments?
next My Twenties Will Be The Best Years of My Life, or Will They?