Home Around the Web Do Men Mislead Women Accidentally or on Purpose?
Around the Web
Featured
August 13, 2012 WisdomIsMisery 22

Do Men Mislead Women Accidentally or on Purpose? 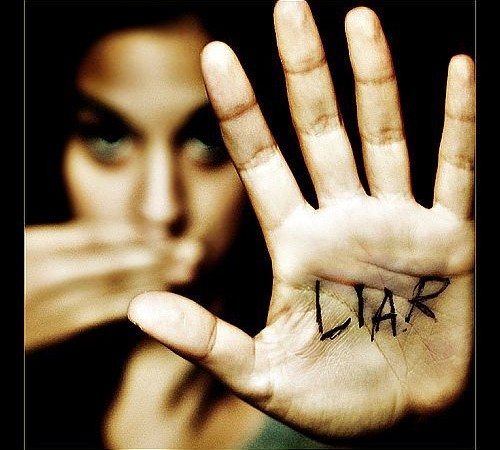 Editor’s Note: A few members of the SBM team have begun contributing their thoughts on dating and relationships to the popular website, Madame Noire. This week I was asked to answer the following questions: Why do men send signals that make a woman think she’s more important than she is i.e introducing her to his parents. Why do men do that? Is it that they really don’t think it’s a big deal or is it part of some sort of strategy?

A deceitful man will do whatever it takes to get what he wants. The question above asks, “is it part of some sort of strategy” to make a woman think you like her more than you really do. The answer is yes and no.

You don’t have to be much of strategist to make a woman think you like her more than you do. Assuming she even asks, all you have to do is answer her questions correctly. In most cases, there are no questions to answer. If all date plans seem like boyfriend and girlfriend activities, most people think there isn’t anything to clear up. In other words, these men usually deceive through the absence of truth rather than outright lying to you.

See Also:  Co-parenting: When One Of The Parents is Gay

This is how a man can strategically end up on a completely different page than the woman. These type of men use the absence of evidence – having never committed to you through words despite their boyfriend-like actions – as the evidence of absence. Further, if someone is going to lie to you even when you openly communicate with them, then what good will talking do? Liars lie, which is why it’s key to point out the subtle differences between deceitful and honest men.

As a man, I admit I usually give men the benefit of the doubt. I’m not saying I’m right, but I don’t think most men are out to purposely hurt women. That said, even the actions of “good men” hurt women all the time. You see, even if a good man is considerate enough to tell you the truth upfront, I still imagine having him not feel the same way you feel is no better than having a deceitful man not feel the same way. Poison is poison no matter who gives it to you, but at least in one scenario you know what you’re being served.

Honest men try to strike a balance between doing right by a woman and getting what they want from that woman (sex, relationship, friendship, or whatever). These two goals don’t always align. For example, even a good man might only want sex with no strings attached. The key difference is that an honest man will explain his intentions upfront and at least give the woman an opportunity to agree or disagree to the terms of engagement.

As the relationship progresses, the man might notice that the woman is starting to catch deeper feelings than the original agreement. This is where most men choose to feign ignorance because…read more.

What are your thoughts SBM readers? Do men more often purposely or accidentally mislead women?

tags: men lie women lie
previous Men Are Not Perfect Vol 5: The Faux Relationship Expert
next A Rational Fan's View of the Dwight Howard Trade to the Lakers