Home Featured One of the Best Decisions of My Life
Featured
Politics
August 15, 2012 Tunde 34

One of the Best Decisions of My Life 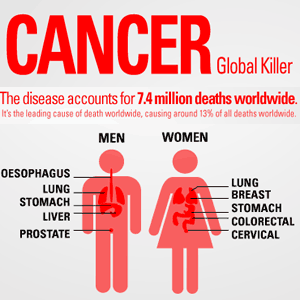 When I started graduate school, I knew I wanted to do sickle cell anemia research. My mother, three brothers and sister possess the trait, and I have two cousins who are living with the disease. Sickle cell is a condition that I am very passionate about because it affects a lot of people close to me. I was crushed when it came time for me to pick a lab to do research in because my school didn’t have any professors doing basic research in sickle cell anemia. I was left with finding a lab in which I could see myself getting along with my mentor and I could graduate within a reasonable time. I happened to join the lab of a young faculty member who was studying prostate cancer. That was one of the best decisions of my life.

I currently research the role of a drug that is currently on the market for type II diabetes that could be used for the prevention and possibly the treatment of prostate cancer. I’ve been to conferences where cancer survivors have shared their stories of their battle to overcome this terrible disease. It’s not an experience I would wish on my worst enemy. 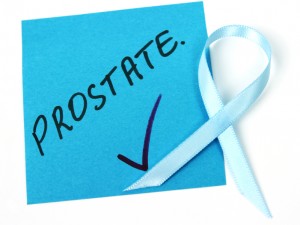 Before I joined that lab, I had no idea the disease afflicted so many people worldwide. Although cancer isn’t prevalent in my family (I don’t know of one person on either side of my family who has had cancer. *knocks on wood*), there have been a lot of people I know and family of close friends who have been diagnosed with various forms of cancer. In the past couple weeks I’ve learned of six different diagnoses ranging from prostate cancer to colon cancer. It’s easy to assume that cancer is one of those diseases that isn’t that common, but one would be wrong to assume that. According to the American Cancer Society, other than skin cancer, prostate cancer is the most common cancer in American men. In 2012, about 241,740 new cases of prostate cancer will be diagnosed and approximately 28,170 men will die of prostate cancer. About one man in six will be diagnosed with prostate cancer during his lifetime. One in six, not one in sixty.

Cancer isn’t one of those diseases that only old people get. The age-range for men at most risk for developing testicular cancer is 15-35. Acute lymphoblastic leukemia (ALL) is usually detected in children, with a peak age range of 3-5 years of age and osteosarcomas are more common in teenagers (more prevalent in males).

Even with all these statistics, Congress is ready to propose cuts that would drastically reduce cancer research (NIH, FDA and CDC) as well research focused on other health disparities. As of January 2, 2013 our country will officially hit the “fiscal cliff” and a $1.1 trillion cut that will be split between defense and nondefense discretionary funding.

What does this mean? The National Institutes of Health (NIH; the primary research institution in this country) will fund 2300 fewer grants. Grants that people like me depend on for my research and to pay my salary. That’s 2300 fewer chances for a cure for a disease. Instead of finding a way to vote bipartisan and avoid the fiscal cliff, Congress would rather play election year stalemate filibuster games.

Do you know anyone who’s had a battle with cancer? How did you deal with it? How do you feel about Congress potentially making major cuts to healthcare funding? Have you donated to cancer research? If so, what organizations have you donated through?

previous How to Get in Shape Fast So You Can Live Your Life
next Hip Hop Is for Lovers: Reflections on Being Kanye West’s “Perfect B*tch”