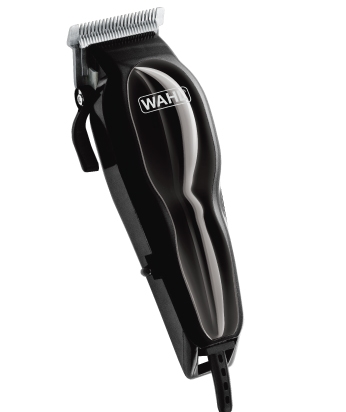 As many of you know, I shave my head. I’ve been doing so for a little over three years. I have never used a razor and I have no plans to do so anytime soon. There are a number of reasons why I choose to shave my head, but I’ll share those later in the post. In partnership with HY Connect (@HYConnect) or HYC, I was asked to provide a review of one of their product lines, Wahl’s Baldfader clippers.

My first question to Slim when he told me about the opportunity was, “What if they suck?” I didn’t want to give you guys an insincere review about a crappy product, even if it was a free crappy product. Fortunately, the Baldfader clippers live up to their name. I was able to complete my usual close shave using the Wahl Baldfader clippers. As it turns out, I had been using a different Wahl product (incorrectly) for the past three years. Keeping it honest, you can get a marginally closer shave using one of their classic fader clippers, which is the product I’d been mistakenly using in the past. However, this product will run you a bit more. The Baldfader is $32.99, but since most men’s haircuts cost $20 or more it is a product that easily pays for itself after a couple uses.

See Also:  Love & Hip Hop: Why You Should Never Mix Business with Pleasure

Cons: I honestly only noted two cons with the Baldfader clippers.

Why I Recommend Wahl Clippers

In addition the reasons I mentioned above, I would recommend Wahl clippers because I personally use them, have been using them for years, and have every reason to keep using them in the future. If you’re looking for a gift for a grooming product for the man in your life, I would definitely put Wahl at the top of the list. I have no major complaints. Also, for those  frugal readers among us, cutting out the barber is an easy expense to cover. I was basically paying my barber $20 a week to cut off all of my hair. I realized this is something I could do myself – and although he wasn’t happy about my decision – he understood why. I net $20 with every hair cut I perform myself, which is $80 a month or $1040 a year. I’m sure you ballers aren’t worried about a measly G a year, but I was and so I decided to make a change – and I started with the man in the mirror.

I also decided to cover some of these points in a video that I’ll include below, which covers how I shave without a razor. Be sure to check out Slim’s product review on a line of natural men’s skin and after shave care products. If you have any specific questions about Wahl clippers or shaving in general, let me know and I’d be happy to address in the comments below.