Home Featured Are There Not Enough Black Men for Women, Or Is That Just an Excuse?
Featured
Humor
Laws of Attraction
Men
Relationships
Women
August 24, 2012 Dr. J 63

Are There Not Enough Black Men for Women, Or Is That Just an Excuse? 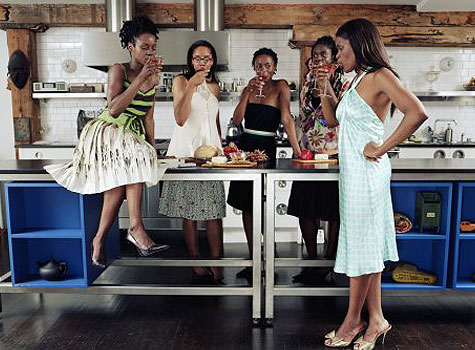 Do women outnumber men? Yes. Is that the reason why Black people aren’t settling down? Hardly. It took me a minute to come to this conclusion but it was the progression of a thought process I explored a while back. I came up with this theory on how many women there were to men in cities like DC, NYC and Atlanta.

The current accepted ratio that women outnumber men 6:1 has to factor in a few things because the census data suggests that it’s 3:2. I did some quick thinking and came up with this as the reason for why the numbers may be off. Let’s look at the male population; one of those guys probably doesn’t like women, one is in jail, one of those guys is just a general herb, and regardless of however many women are on the market he doesn’t have a shot at any of them.

Maybe that’s why women outnumber men by so much.

But wait, that’s when I came up with the idea to take a look at the female population.

What the ratio also does not account for is the same dynamics that the male population faces. There’s tons of ways that women are different, just like men are different. While most women think they’re outnumbering us, we can just as easily describe some types of women who level out the playing field by removing themselves from contention.

What about these three types of women?

She wants a boyfriend more than the actual person

It’s hard to tell a person this to their face, but when someone tells you they want a boyfriend before they tell you they’ve met someone, it’s a sign. I can’t say it’s wrong, but to me, I couldn’t mess with a woman who actually said that out her mouth. I feel like while you may have a list of requirements of the person who will be your significant other, you shouldn’t go searching for the title before the person.

Convinced they can settle down whenever they want

This was the one woman I had never really thought about until I said in a conversation, “Yeah but most dudes want that girl they see up in the club every weekend…” Then I had this epiphany, those women in the club are the WORST. Those are the women who think they can do whatever they want to do in life. They actually don’t want a boyfriend at all. They’re single by choice because why end the fun of being the center of attention every time they leave their house? Men will continue chasing them and they will continue to fail.

Everybody reaches a point in life where they are very aware of their flaws. We have two choices we can make once we get to that point, we can hide them or we can tell ourselves that anyone who wants us will just have to deal with them. I’m not saying this doesn’t affect both genders, I’m saying that it affects one more a whole lot more than the other. When women meet men with flaws, they tell themselves they can change the man. When men meet women with flaws, they just stay away from the woman. Truth be told, men hide their flaws more than the other gender. My observation is that I look at great women who have one personality flaw that is in need to change. Instead of working to identify or rectify the flaw they say, “If he loves me then he’ll deal with it.” Sadly, that’s just not the way it works.

More or less, we’re right back at where we started.

We’ve got to start asking the question, are we blaming the numbers or is there really a deficit? I know that at times it seems that we’re in some type of Walking Dead, zombie revolution where Black men and women have started to lose the ability to fall in love. There’s some who aren’t infected yet, but it’s extremely weird. Women think men don’t want a girlfriend, and men think that women aren’t ready to be girlfriends. It’s a weird game of cat and mouse that is silly. Therefore, maybe the number disparity is another excuse like dozens of other reasons why we’re single.

tags: census numbers game ratio of men to women
previous Urban Male Chronicles: Why Should I Give You My Money?
next Should The N-Word Go Away, Or Is It Here To Stay? Byron Thomas, Donald Glover And Dr. J Share Thoughts