Home Around the Web Should The N-Word Go Away, Or Is It Here To Stay? Byron Thomas, Donald Glover And Dr. J Share Thoughts
Around the Web
Culture
Featured
Hot Topics
Ignorance
Politics
August 24, 2012 Dr. J 18

Should The N-Word Go Away, Or Is It Here To Stay? Byron Thomas, Donald Glover And Dr. J Share Thoughts 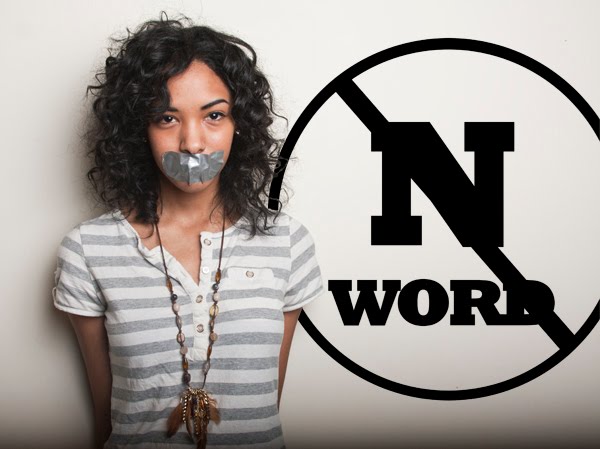 I have mixed feelings on the n-word. Let’s be clear, there’s a big difference in the application of the word whether it ends with an “a” or “er.” However, the word has been in use for the purposes of hate longer than it has been in use for love. Now more than ever I think we’re coming to a point where both races are having discussions on the word. Do I use the word? Without answering that question directly I will say that I have a quota for the n-word in my life and after I hear about 10 times in a day, I’m good on it. I’ve told my friends that they needed to keep it off my Twitter timeline because despite knowing that most mean no harm by it, each time I see the word, I cringe a little.

That’s what lets me know that unless some changes are made to the way we communicate and the use of the word, it will always be negative. Funny story before I let you guys read a couple excerpts from folks and ask for your thoughts. (Admin note: This started out as a share, I wasn’t going to write anything today.) Anyway, I’m in the car with “my white friends” and we’re heading somewhere and like almost without fail whenever you get in the car with white people they change the station. It’s almost as if they were listening to country music and they’re like, “Jay will think we’re so uncool.” My friend puts on his iPod and it’s Talib Kweli. Despite the fact, that everytime I text my friend telling him something he replies, “Bawse” which lets me know that he listens to Rick Ross. Now we’re all in the car rapping the lyrics to Talib and each time we approach the n-word, my white friends pause for a moment and then try and catch up with the lyrics again on the other side. It’s like the 4 minute and 23 second hurdles. I thought to myself, “if I was them, when I wasn’t around, I would just let it go and rap the lyrics.” Deep down inside I knew they did. For some reason, at that very moment, it didn’t bother me all that much. I had that epiphany that “my white friends” use the n-word, but all that came out my mouth was, “Hey that’s rad, you guys listen to Talib.” Shoot me.

Anyway , Byron Thomas is back again with another racially charged post about his feelings on Race in America. This time, it’s his thoughts on how Black Americans shouldn’t use the n-word anymore. He says, “A majority of black people talk about me being ignorant for having the Confederate flag, but I bet those same people have used the N-word.” #BlankStare. Check out his thoughts below (I seriously do not have the time or energy to edit his post for grammar or spelling):

Hello my name is Byron Thomas and America I’m very passionate about this subject. I truly feel like if Dr. Martin Luther King Jr. was alive today, he would have addressed this issue and it wouldn’t be such a huge problem. Dr. Martin Luther King Jr. is [dead] and no one has wanted to grab the reins to address this issue, so looks like it’s up to me. Sad to say white people are afraid to talk about it because Black Americans will bomb that person as a racist. So I’m man enough to talk about it because this needs to stop. Black Americans use the N word all the time 24/7, the word means nothing to Black Americans. Black Americans say it at work, home, school, and just anywhere. The N word even has a brother that replaces the “er” with an “a”. So, the N word means nothing until someone not of African descent uses it. When a White American uses the word, OMG! They are automatically looked at as an RACIST! America, something is wrong with that picture. Yes, I know the White Americans used the word as a racist slur but now the times have changed. Now its White Americans wondering why Black Americans are still using a word that’s very offensive and ugly. “An unjust law is no law at all.” When I use that quote I want to give you an example. In school I hear the N word coming out of Black Americans mouth like its water. I’ve seen black students say the word right in front of a TEACHER! Nothing was done about it because like I said, what are people going to do? But then right when a white person says any form of the word, they are AUTOMATICALLY written up without hesitation. America that is NOT right. Why does the white student get written up, but the black student doesn’t? “An unjust law is no law at all.” I’ve personally had white people ask me why black people use the N word so much. Again, if Dr. Martin Luther King jr. was alive today, he would definitely address this issue. Rap songs use the word like its nothing (personally I love Country Music) but you don’t see black parents protesting them to stop using the word in their songs. America don’t we all agree that the N word should not be used? Now, I’ve never used any form of the N word because it’s a power ugly word. It doesn’t make any sense that the race that pushed for the word to stop being used, is the main one’s using it now. I have to ask this question, why is the NAACP, Rev. Al Sharpton, or Jessie Jackson not speaking out on this issue? Why are they not getting Black Americans to stop using the word in music, public places, and the household? Dr. Martin Luther King Jr. would be DISGUSTED if he was alive today and heard the word being used this much. Oh, but wait let a white person say the word and watch Rev. Al Sharpton and his partner in crime Jessie Jackson jump to the sense. Watch them get the Black community to become enraged because someone NOT of African descent just used the N WORD!!! America this has to stop, because two wrongs don’t make a right. It’s not right for one race to tell another race they can’t use a word, but then that same race is using the word like water. In America we have something called Freedom of Free Speech and if White Americans want to say the word, they should be allowed too, because Black Americans are saying the word. What gives one race power to tell another race what they can or cannot say, but that same race is saying the words they just told other races they can’t say. America it’s NOT RIGHT. Black Americans need to take the power to finish of the word. The longer the word gets dragged on, the more future generations will use it. Then once the civil rights era of people have died, watch history repeat itself. It’s not like history books are going to have Do Not say N***** or N****. Black Americans my question to you is, what are we going to do about it? White Americans are doing their part with not saying the word (yes, they are ignorant people that use it but it’s not like it used to be). I want this word to go away, but what about YOU??? So, let’s take the power to kill this word as best we can, for our future. Kill people with kindness and may God bless America. @ByronThomas7 (Source: CNN)

Black people use the “n” word for everything. We use it for everything. Like mother, brother, sister, love, hate — we use it for everything. I called a seat belt a nigger earlier today. I called a seat belt the “n” word. I was putting on the seat belt, and I was like… [grunting] “Nigga, if you don’t…” It just needed a little flavor, so I gave it the “n” word. You never see any other minority — you never see white people just using it. You never see them just using it for everything. You’ll never go in IKEA and see two white undergraduates from NYU just holding up some rugs and being like, “what do you think?” “oh, stop being a nigga.” like, no. You’ll never see that. And that’s the problem. It has to become a bad word for everybody. I hate it when black leaders are just like, “oh, we’re getting rid of it. Everybody’s got to stop saying [it].” No, rappers will still say it because you told them not to. That’s what makes them badasses. Like, everybody’s got to start saying it. Everyone, like, white people, you guys have got to start saying the “n” word. You guys got to start saying it. We will lose some of you in the process. Not all of you will make it home. But you’ll be dying for a good cause. It’ll be great. (Source: Weirdo, Donald Glover, it’s at the 28-minute mark.)

I decline to share the person I agree with the most here. However, I’m interested on your thoughts on these two passages and the n-word in general. As always, be respectful and play nice in the comments section, or BE BANNED FOREVER! Just playing…

tags: byron thomas Childish Gambino donald glover racism the n-word
previous Are There Not Enough Black Men for Women, Or Is That Just an Excuse?
next The Good Man vs Bad Husband Syndrome